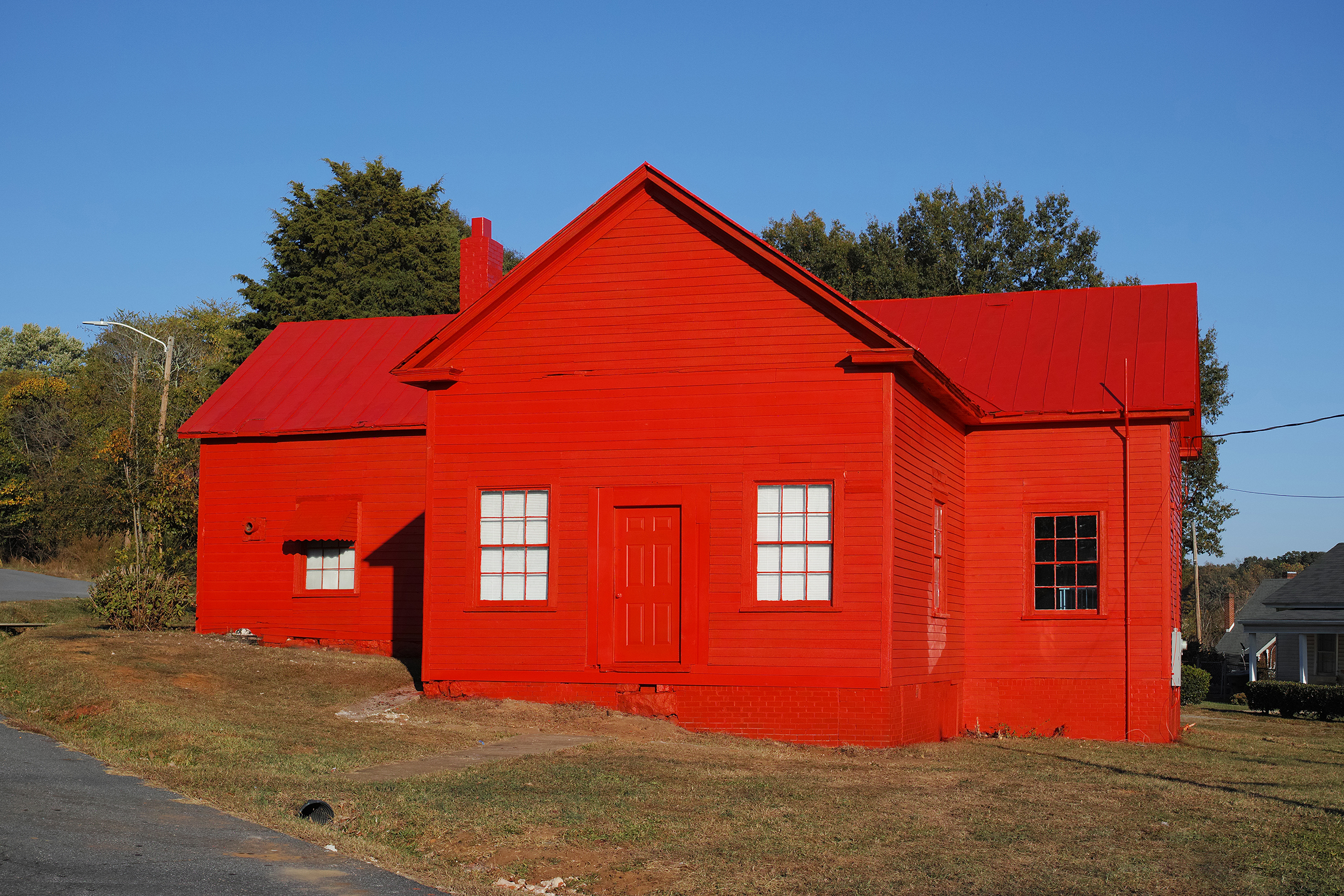 Eden is an original project combining photography, visual arts, social observation and societal integration, conducted between 2015 and 2016 by Sylvain Couzinet-Jacques in a former American school which has become the epicentre of this immersive experience.

Sylvain Couzinet-Jacques is a thirty-year-old French photographer who, through his artistic approach, takes a keen interest in his favourite theme, territories and their inhabitants.

“His work is more physical research than purely photographic research”, observes Agnès Sir, director of the Cartier-Bresson Foundation in Paris and sponsor of the first edition of Immersion, the annual Fondation d’Entreprise Hermès event which hosted the artist in the United States in 2015, enabling him to create his project: Eden.

Bringing a 19th-century school back to life

Sylvain Couzinet-Jacques’ project Eden began with the acquisition of a house in Eden, a small town in North Carolina in the United States. Built in 1884, it was the first municipal public school.

When Sylvain Couzinet-Jacques bought it in 2015 for $1,000 and named it The Little Red Schoolhouse, it had been abandoned for many years. Tackling the major issue of restoration, the photographer, who appreciates the aesthetics of simple things, brought it back to life while taking care to preserve its historical components. From then on, the house became his subject.

America seen from the inside

A central object of his photos, he makes his Little Red Schoolhouse a landing place for local and European craftspeople and artists. Sylvain Couzinet-Jacques’ project breathes creative life into the city of Eden, which was deeply affected by the economic crises of the 2000s.

Invited and funded by the Fondation d’entreprise Hermès, Sylvain Couzinet-Jacques exhibited his work Eden at the Aperture Gallery in Chelsea, USA, at the end of 2016.

After renovating the house he dubbed “The Little Red Schoolhouse”, the central subject of the Eden project, Sylvain Couzinet-Jacques scanned every inch of the house, creating a set of 12,000 images, which constitute a book published by that same American gallery, Aperture.

Having benefited from a FACE Etant Donnés Residency, Sylvain Couzinet-Jacques received support from the Institut français in 2019 for the project The Black Mountain, undertaken in North Carolina in the United States.