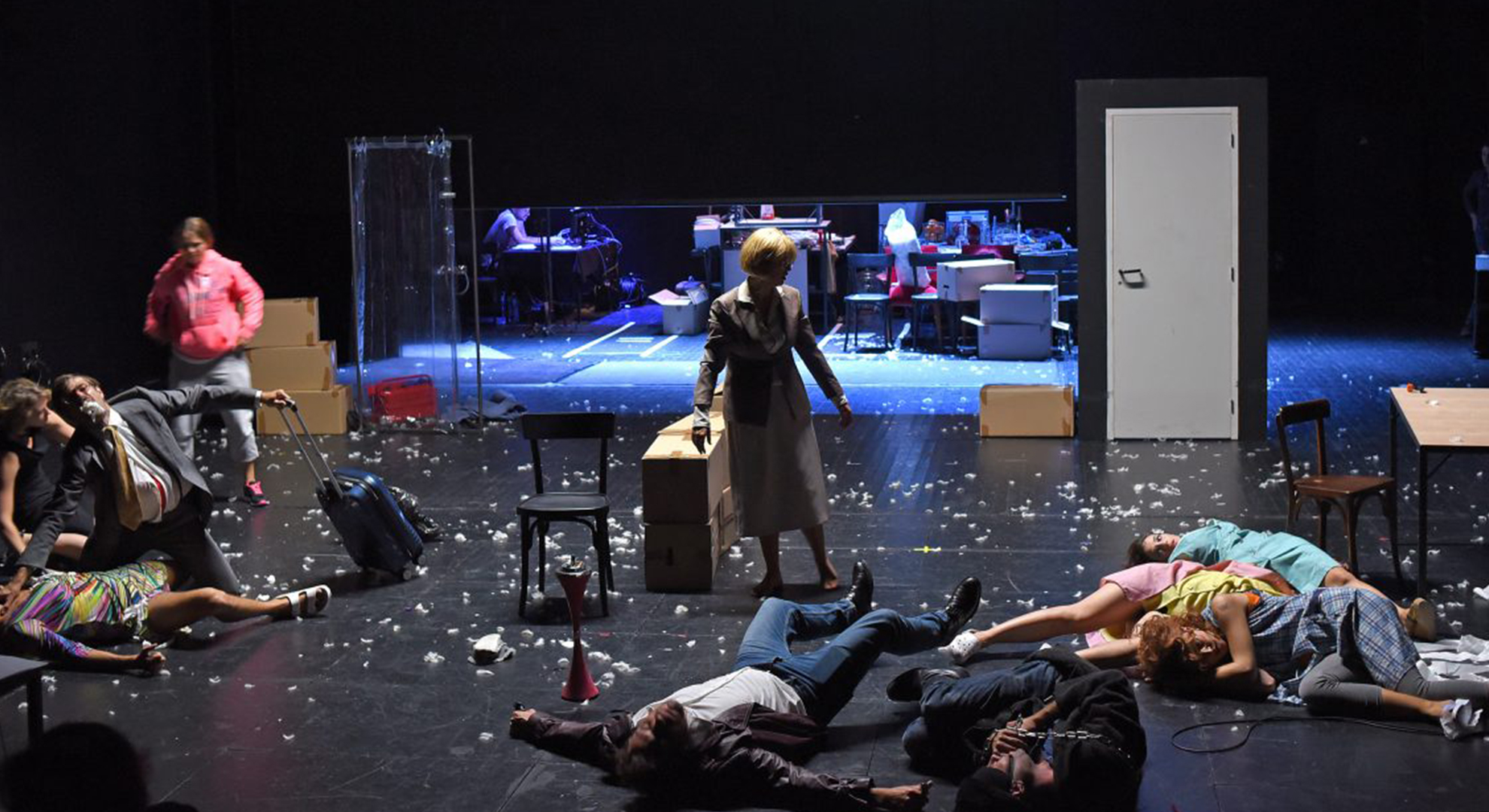 In End of Europe, Rafael Spregelburd plays with the theme of the end using humour that combines irony and cynicism: isn’t it better to laugh at all those who proclaim the end just to take advantage of the terror it arouses?

A dramaturge, director, producer and actor, Rafael Spregelburd is the architect of a cutting-edge theatre and very well-known in his homeland of Argentina. Born in 1970 in Buenos Aires, he would go on to become one of the national figures of Argentine theatre after the dictatorship.

The Argentinian has thus far published more than 30 plays that do not hesitate to blend humour with major political and social issues, in a wild and farcical fictional world. Most have been translated into French by Editions de l'Arche and performed in theatres around the world, such as Stubbornness (“L'Entêtement”), performed at the Avignon Festival and the Festival d’Automne in Paris in 2011.

Enough about the end

Written and staged by Rafael Spregelburd, End of Europe is a diptych. The first part, “Europe on Stage” (“L'Europe en pièce”), turns Europe into a TV show about to be cancelled. The second part, “Other pieces of Europe” (“Autres pièces d'Europe”), discusses, in 10 brief scenes, the theme of the end – end of family, end of the Welfare State, end of science, end of reality... Everyone questions, in their own way, the myth and discourse of finitude in service of political interests.

By deconstructing this discourse, the Argentine dramatist interrogates the complexity of the world, impossible to reduce to any simplistic discourse.

The fruit of experiments

The idea for End of Europe was born in 2012 while Rafael Spregelburd was coordinating the work of the international dramatist research laboratory at the School of Masters in Udine, Italy.

With his students, the Argentinian director chose to work on two realms of thought: on the one hand, chaos theory, which Rafael Spregelburd places at the heart of his writing, and on the other hand, the end of Europe, a subject that was still very prominent in the media in 2012 following the economic and institutional crisis from which the continent was then just emerging. The main purpose of this idea was, in his opinion, to terrorise people. End of Europe is the product of this period of theatrical experimentation.

Performed by a multilingual troupe, involving Belgian, Italian, French and Portuguese actors, End of Europe represents a Europe in action, different from the one portrayed in the media, which Rafael Spregelburd's external gaze scrutinizes and denounces: the Argentinian thinks he is bold enough to ask Europe the questions of which European dramatists are, perhaps, afraid.

Created in October 2017 at the Comédie de Caen, End of Europe began a six-month European tour, from the Teatro Stabile in Genoa to the Théâtre in Liège, to Le Manège in Maubeuge, la Comédie de Reims and, finally, in March 2018, the MC93 theatre in Bobigny. 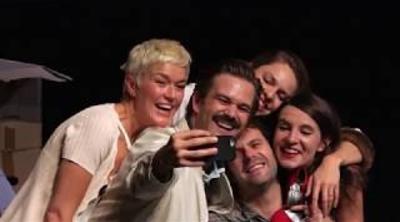 The creation of End of Europe (“Fin de l'Europe”) was supported by the Institut français in partnership with the Normandy region.