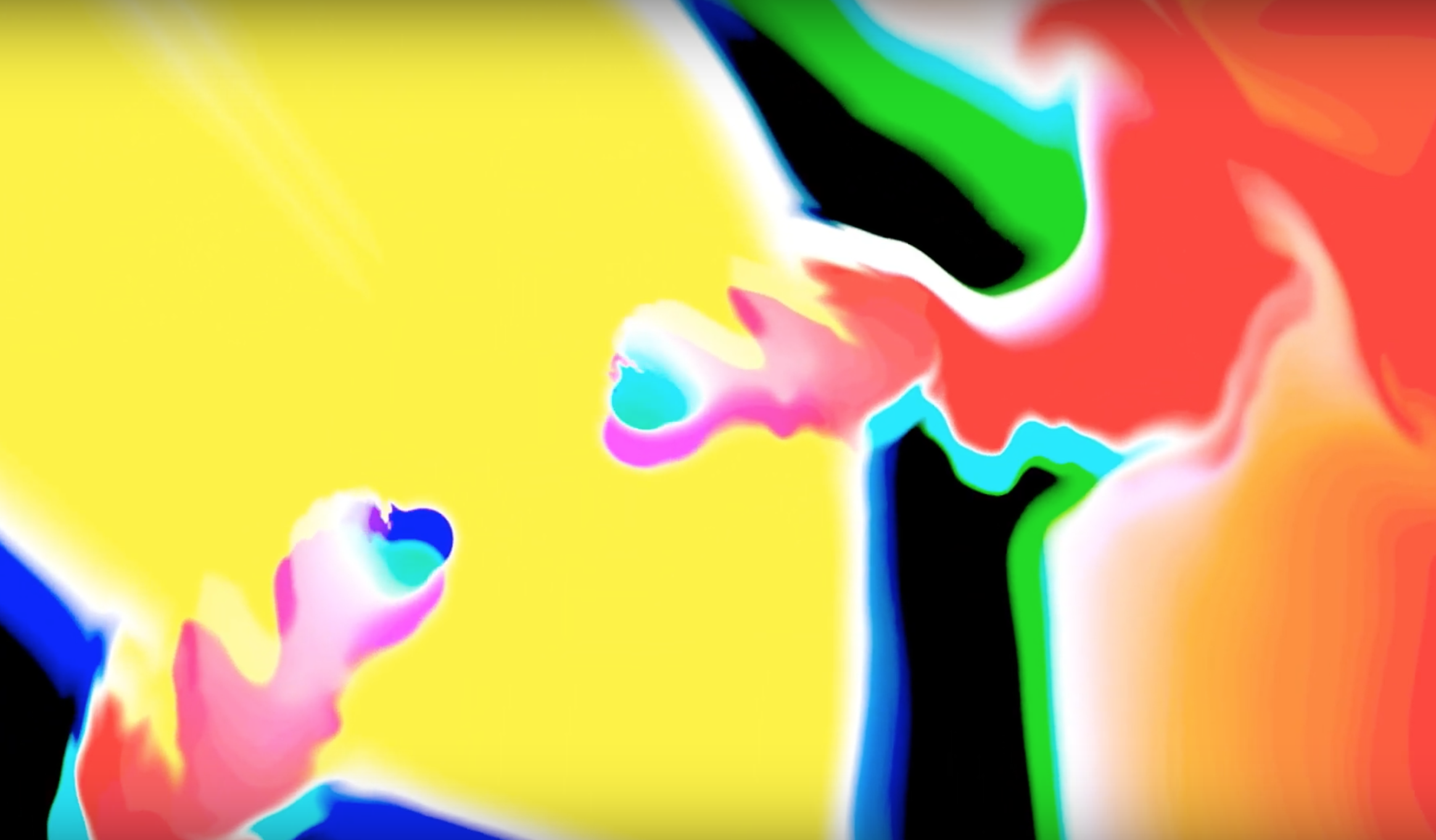 Famous for her interdisciplinary practice and recognised for her cinematographic, musical, architectural and literary influences, Dominique Gonzalez-Foerster was born in 1965 in Strasbourg. Her work has been exhibited in the world’s largest museums, from the Tate Modern in London to the Pompidou Centre in Paris.

Less interested in creating objects of art than in exploration, the French artist occupies new territories, atmospheres and spaces. After an exhibition in a shared space ("Expodrome", 2007), a futuristic installation (TH.2058, 2009) and a time machine (Temporama, 2015), she produced Endodrome, her first virtual reality work of art.

Composed as a diptych, Endodrome first invites the audience to observe the work from outside the setting, as if for a theatrical performance. Then, in groups of five, they experience it from the inside via a virtual reality headset. Around a round table and in a room designed for the occasion, the audience watch a bath of colours that moves and transforms in response to their movements, eyes and breath for eight minutes.

Designed by the visual artist, the term endrodome combines two Greek terms: endon ("internal") and dromos ("path"). The installation has been designed as an “interior journey”. “I wanted to showcase the experience. I like the idea of observing someone, themselves observing something”, says the visual artist.

Attracted by the notion of escapism and speculative fiction, the artist has designed her three-dimensional images as sounds that evoke new life forms or extraterrestrial environments. Virtual reality is used as a medium that allows not only an out-of-body experience, but is also a means of broadcasting the interior world. “Endodrome thus gives participants a space to enter a meditative realm and access a space of conscience inspired by trance. ” The soundscape was created in collaboration with musician and author Corine Sombrun, a specialist in cognitive trance.

Winner of the Marcel-Duchamp Prize in 2002, Dominique Gonzalez Foerster has never ceased to design spaces to explore their limits. And Endodrome is not only her first virtual reality work, but also the first time a VR work has been part of the Venice Biennale.

In 2019 and 2020, the artist will also be exhibiting More Than Humans in Madrid at the Thyssen-Bornemisza Museum until 1 December 2019, and World Opera at the Pompidou Centre in Metz until 27 January 2020. The quest for total art.

Endodrome, by Dominique Gonzalez-Foerster, is being presented with the support of the Institut français at the Biennale di Venezia which takes place from 11th May to 24th November 2019.