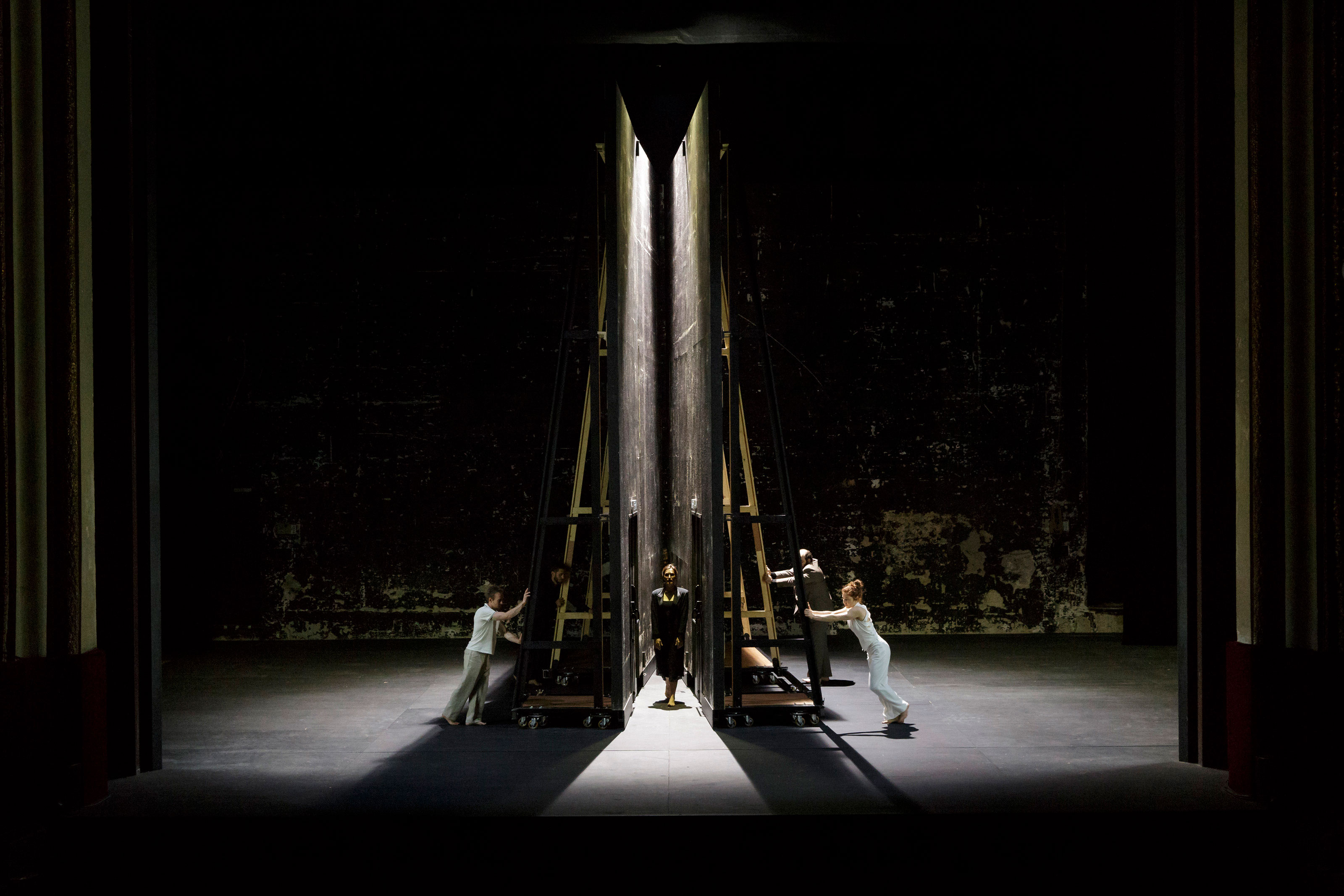 Presented at the 2016 Avignon Festival, Espaece by Aurélien Bory invites the theatre into the theatre. The five performers of this hybrid work, a tribute to Georges Perec, invite us to observe the stage in all its aspects.

From scientist to director

After beginning studies in physics, in 1995 Aurélien Bory decided, at the age of 23, to enrol at the Lido Circus Arts Centre in Toulouse. At the Théâtre Garonne, he met a Serbian director, Mladen Materic, with whom he trained and whose troupe, Tattoo Theatre, he joined. In 2000, Aurélien Bory decided to set up his own troupe in Toulouse, Compagnie 111.

Combining juggling and acrobatics, the director created an initial trilogy of shows (IJK, 2000; Plan B, 2003; Infinity, More or Less (“Plus ou moins l'infini”), 2005), where the staging plays a central role. In Plan B, a vertical wall obstructs the stage, forcing the performers to deal with this constraint. This creation, in collaboration with the New York artist Phil Soltanoff, laid the foundations for Aurélien Bory’s work.

Theatre in the theatre

Espaece is a metaphor for writing. The only decoration on the bare stage is an imposing modular wall on wheels, a kind of theatre stage on the theatre stage, which is reminiscent of a teacher's blackboard and, by extension, a writer's blank page. Aurélien Bory thus makes tangible the idea that the stage is the blank page of the director who composes his works there.

Faced with this perpetually-shifting colossus, the five performers of Espaece show a new level of talent in every sequence. To adapt and succeed as they evolve on this restricted stage, they use all kinds of physical, literary and even lyrical language, exploring and pushing the boundaries of the space where the theatre-writing takes place.

The show was built around the 7.2 m high and 2.5-tonne modular wall. For three months, the actors improvised on the stage around this "nothing", as the actor Olivier Martin-Salvan explains. A few days before the first performance, the full contours of Espaece were still undefined.

Aurélien Bory made this structure into an inspiring constraint a la Georges Perec, a writer known for having based his works on literary constraints, such as A Void (“La Disparition”), a novel written without the letter "e”, and Espèces d'espaces to which the title of the show refers: Espaece combines the French words for “species” and “space”.

Striding across the void of the stage and using the space around it, the director thus follows the first sentence of the work: “The subject of this book is not exactly the void, rather it what is around or inside it.”

Presented in 2016 as part of the Avignon Festival, Espaece has been very successful. Critics have praised the virtuosity of the scenography, which recalls Aurélien Bory’s first triumph, Plan B.

The show launched in October 2017 at the Romaeuropa Festival in Italy, followed by a European tour that ended in June 2018 in Leeuwarden-Fryslân, the Netherlands.

Espaece toured the United States in October and November 2018 with the support of the Institut français, in partnership with the city of Toulouse, the Occitania region and the Pyrenees-Mediterranean region.