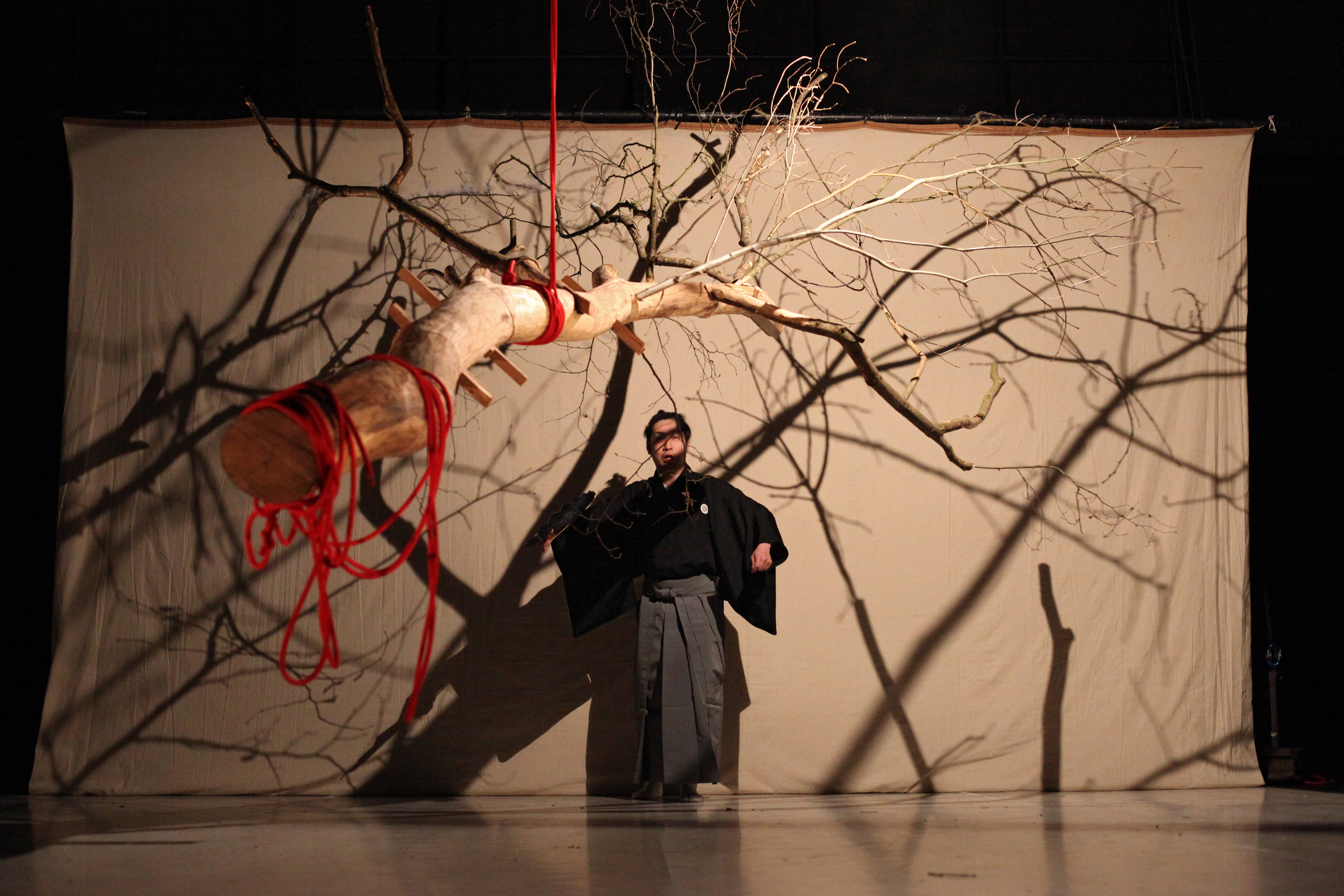 Searching for an island

Born in Saint Malo in 1987, Simon Gauchet works as an actor, director, scenographer and visual artist. Founder of the M movement, he has been performing and directing throughout Europe since 2004. His work constantly confronts disciplines and cultures, with a confrontation of dance and archaeology in Pergamon Altar (2015), and a confrontation between visual and theatrical performances around the figure of Joan of Arc in L’Expérience du feu (The Experience of Fire, 2016).

An insatiable researcher and dreamer, he also experiments with participatory performance with Musée recopié (The Copied Museum, 2016) and Le Radeau utopique (The Utopian Lifeboat, 2016). Author of numerous publications and manifestos, co-creator of the École Parallèle Imaginaire – a nomadic place that invents interdisciplinary projects for museums, theatres and schools – Simon Gauchet pays particular attention to the concept of transmission.

L’Expérience de l’arbre (2019) is the result of his collaboration with a young Noh theatre actor, Tatsushige Udaka, a descendant of the Kongô family, one of the four historical schools for this ancient and subtle form of Japanese theatre.

A traveller arrives in an unknown and haunted landscape, a shite (ghost) comes to meet him and tells him the story of a disappearance. So begins L’Expérience de l’arbre. On stage, a tree lies in pieces on the ground; it will be gradually assembled, becoming a testament to the exchange between a French actor and a Japanese actor. As they evoke their memories of theatre through the different characters they play and the aphorisms of their masters - Bertolt Brecht, Vsevolod Meyerhold and Constantin Stanislavski to name but a few - they reveal their respective mythologies.

In the second part, the shite reveals its true nature. It is actually the ghost of the tree that is tragically dead. The plateau then becomes a place of dialogue between the present and the past, where Western and Japanese cultures question one another in an impossible and vital effort of transmission.

An avid reader of Antonin Artaud, Simon Gaucher is challenged by his magical vision of Balinese theatre. At the age of 21, he decided to set out in deliberate search of a culture shock experience. After spending two months in Bali, he arrived in Kyoto, Japan with a phone number in his pocket, that of Noh actor Tatsushige Udaka, the son of Michishige Udaka, Noh master from the Kongô family.

For a month, Tatsushige Udaka performed snippets of his thousand-year-old theatre to him and taught him Oi Matsu, the dance of the pine, the ancient tree. When Simon Gaucher had to go back to France and wanted to pay him, Tatsushige Udaka refused and instead invited him to come back one day to pass on his knowledge of Western theatre to him. Ten years later, during a residency at Villa Kujoyama, the discussion between these two passionate beings, who did not speak the same language of theatre, brought L’Expérience de l’arbre to life.

From one bank to the other

Simon Gaucher’s L’Expérience de l’arbre is a play to be taken literally. It is an invitation, whatever our nationality, to listen to the silent peoples of the earth, and especially the trees. In Noh theatre, a tree is always painted on the background of the stage, called the kagami-ita (the mirror wall), so that the audience does not forget that the theatre was originally dedicated to a tree, representing the gods.

Today, in Japan, trees that have survived disasters have become true symbols, and animism has returned as the embodiment of political ecology.

In 2018, Simon Gauchet was selected to spend time at the Villa Kujoyama, a residency for artists in Japan supported by the Institut français. He produced his work L’Expérience de l’arbre (The Tree Experience).

L’Expérience de l’arbre by Simon Gauchet is being presented at the TNB Festival in Rennes on 6th, 7th and 8th november and at the Maison de la Culture du Japon in Paris on 15th and 16th november 2019.