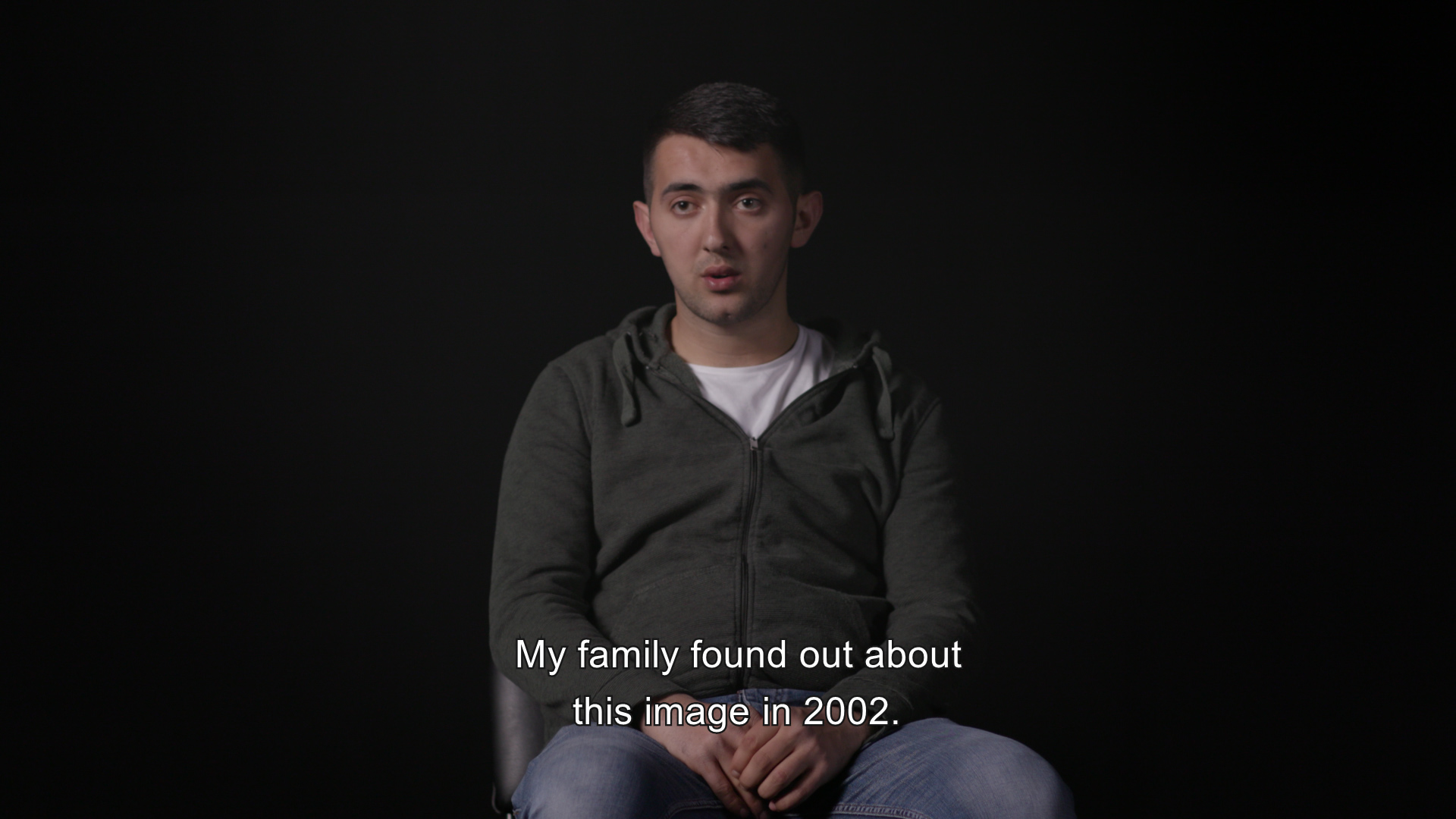 This is the very first time that Alban Muja has created a work directly related to the history of Kosovo, his native country. The project was born from the emotions the artist experienced a few years ago when he found a photograph of himself in a refugee camp, looking strangely happy.

Born in 1980 in Mitrovica, Kosovo, the multidisciplinary artist Alban Muja focuses on how personal identities are built in relation to political events, borders, wars and migration. In 2009, he filmed the testimony of Tibet, a Kosovo-Albanian whose unusual name hides the personal history which reflects it, given on-camera. In 2018, he filmed the same experience with an Albanian woman, Forca, who reflected on her life and her many periods of exile.

Also interested in photography, in 2016 and 2017 Alban Muja produced a series of images focusing on the deserted customs posts in the Schengen Area, thus highlighting their ghostly aspects and, implicitly, their uselessness.

Created for the Kosovar pavilion at the 2019 Venice Biennale, Family Album immerses visitors in the dark and invites them to walk by three screens, which display filmed testimonials, subtitled in English. Using photographs of children published in the international press during the Kosovo War (1998-1999), the artist found four now-adult Kosovans: here he has filmed their memories of this painful time. Each of them thus remembers, telling their stories.

After finding the refugees in the photographs Agim, Besa, Besim and Jehona, Alban Muja met with them to explain his artistic project: he wanted to give a voice to Kosovo and its history. He quickly became aware that the four participants needed direction: having no experience on-camera, “they often expressed themselves with gestures rather than words.” This is why Alban Muja, together with his team and a journalist specialising in war trauma, put together a short script based on the initial interviews which participants could follow in order to make their statements as clearly as possible. The goal: to do the best possible job of contextualising and documenting this intensely personal experience.

The Venice Biennale, in addition to being one of today's most important artistic events, is able, thanks to its national pavilions, to open up its artistic perspectives to the creation of artists from the different guest countries. Alban Muja, representative of Kosovo at the 2019 edition, makes clear his desire to look back over its history, however painful that may be. His aesthetic approach, which is deliberately discreet and understated, prioritises the dignified and sincere depiction of the protagonists’ testimonies. He highlights the intimate dimension of any collective event, and calls on everyone to look within themselves, in search of individual memories which are linked to collective memory.

Family Album represents the Republic of Kosovo at the 2019 Venice Art Biennale. In 2018, Alban Muja was an artist in residence at the Cité internationale des arts.

Find out more about the residency programme at the Cité internationale des arts.