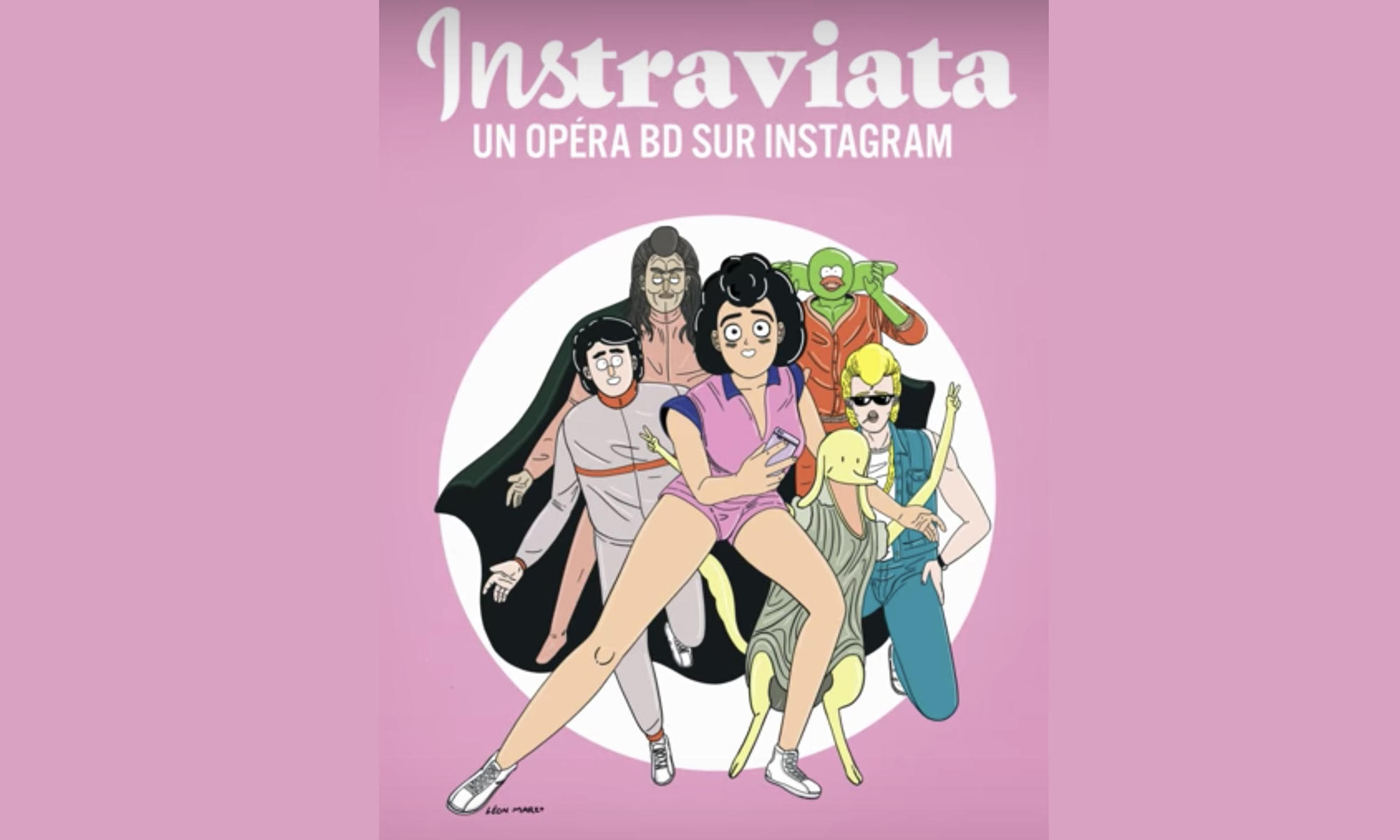 The sky-high aim of Instraviata is to bring La Traviata to life in comic form, live on social media. An experiment to bring the opera to the general public, where a 90s’ manga aesthetic meets a phenomenally talented soprano in a fun and colourful atmosphere.

Instraviata is a truly transmedia project, featuring three talents in different registers. Central to the project is the Franco-Danish soprano Elsa Dreisig, a wonder of lyrical art who won the Revelation prize at the 2016 Victories of Classical Music. In playing Violetta at the age of 27, she became the youngest person to perform the role since Maria Callas. Léon Maret, meanwhile, is responsible for transforming Verdi’s opera into a comic strip. Maret won the Prize for Young Talent in a graphic novel in 2010 and is the author of such popular titles as Séducteurs de rue (2016) and Coco Jumbo (2017). His style, which is highly inspired by Japanese animation from the 1990s, lends a flashy, punk edge to the tale. Finally, the documentary snippets that accompany every episode have been entrusted to Claire Alby, who has already made films on Mozart, Maria Callas and Berlioz.

Instraviata is a web programme formed of two complementary parts. The first is a musical comic strip, with Elsa Dreisig’s voice performing La Traviata as karaoke, to Léon Maret’s drawings. In their version, Violetta comes hurtling up in a sports car and neon playsuit, while her love story with Alfredo feels as much like a soap as an opera. Alongside these episodes, filmmaker Claire Alby has created docu-stories describing the daily life of the soprano. This is a new way of demystifying the genre by revealing the difficulty of juggling one’s private life with professional constraints.

In order to condense all three acts of La Traviata into 30 two-minute episodes suitable for the social network Instagram, illustrator Léon Maret had to exercise iron-clad discipline. He swapped his pencil for an iPad in order to draw directly in pixels, the format the comic is shown in. It took him six months, drawing for 16 hours a day. All in all, the animated series and docu-stories took a year to produce. This was also the time required by the company Bigger than fiction, which had already worked on another transmedia project with ARTE, the insta-comic Été, in 2017.

Instraviata has a clear aim: to return opera to its popular roots by bringing it to a younger audience through social media and innovative formats. With a 12% increase in followers of the ARTE Concert account and two million views on Instagram in March 2019, this has proved a success for the Franco-German channel.

The project is being presented at the Machine à Bulles exhibition, which showcases innovative forms of comics and graphic novels through 24 works illustrating the new reading experiences offered by the digital realm.

Instraviata is also part of the selection offered by futurlive.fr, a platform that collects and promotes the entire innovative book sector.

Find out more about futurlive.fr