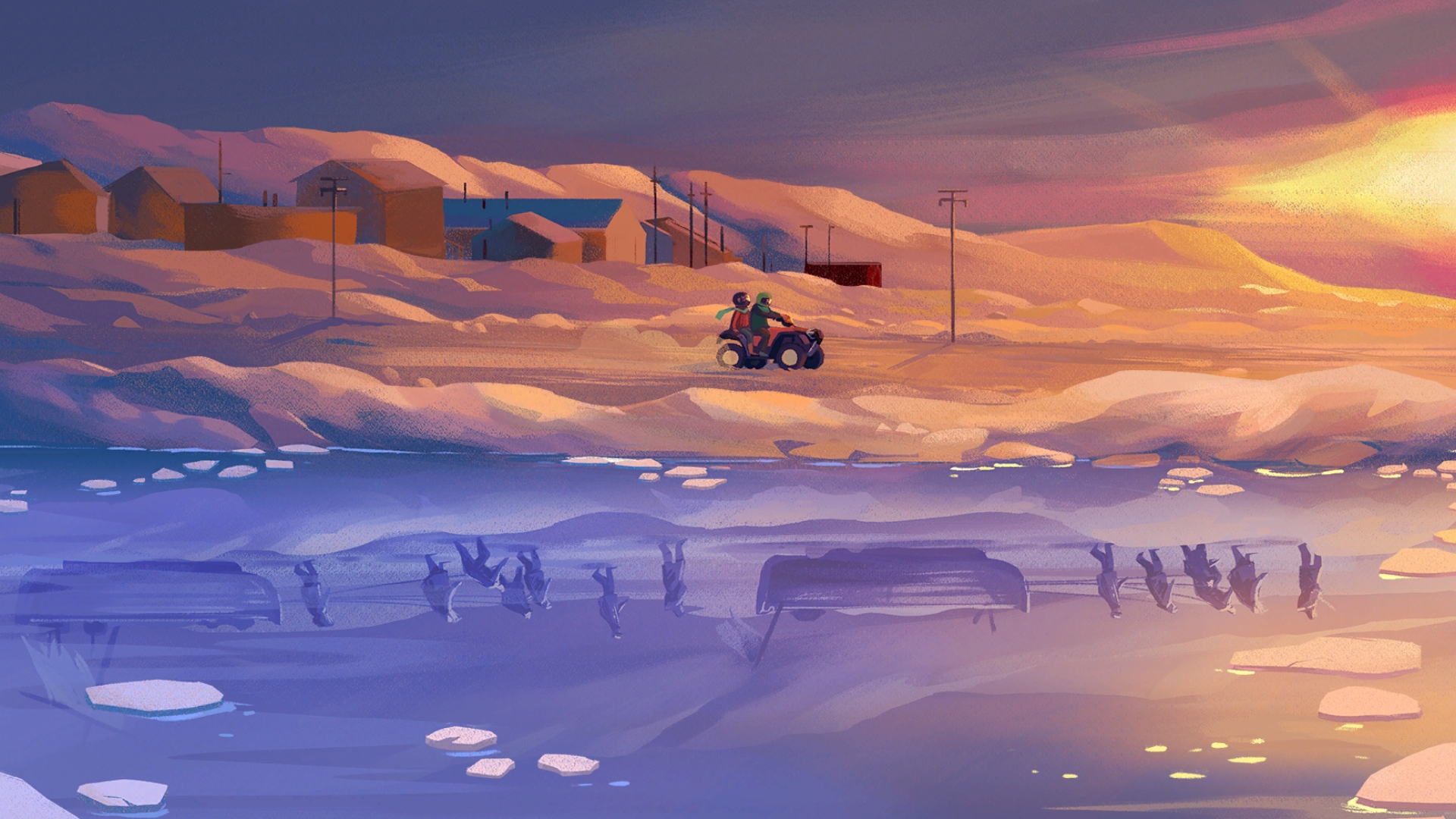 INUA - A Story in Ice and Time, a video game inspired by Inuit culture

Co-produced by The Pixel Hunt, Iko and Arte France, INUA - A Story in Ice and Time plunges the player into the heart of the Inuit universe thanks to an epic journey through the Canadian Far North. From its meticulous art direction to its subtle message about acceptance, it stands out as a video game that is as bewitching as it is fantastic. Inua is presented on IFdigital, the website for French digital design.

Created in January 2014, production studio The Pixel Hunt is a producer of 'newsgames', web-based video games whose objective is to convey information, documentary and knowledge. Since its inception, it has collaborated with broadcasters such as Arte and France Télévisions, as well as media such as Le Monde and Radio France. At the same time, the studio produces a number of formats such as interactive data visualisations, websites and various multimedia projects.

For Inua - A Story In Ice and Time, the studio teamed up with Iko, a production company interested in fiction films and documentaries, as well as video games and virtual reality. Arte France also took part in the production and editing of the project.

In the lands of the Canadian Far North

Released on 10 February 2022 on Steam, Switch and mobile devices, the video game Inua - A Story in Ice And Time takes place in the Canadian Far North, based on an original story by Natalie Frassoni and Frédéric Bouvier. It follows the journey of three characters, Taïna, Peter and Simon, in the frozen lands of the Canadian North at different times in history.

Although they are separated by a full century, their lives cross paths thanks to Nanurluk, a Giant Polar Bear born 10,000 years ago. The story also takes up the quest of the HMS Terror, a British ship that disappeared during the Franklin expedition of 1845, where past and present intertwine around Inuit folklore.

At the heart of an original universe, Inua - A Story in Ice and Time offers a narrative adventure game, with innovative visual ideas and a carefully crafted plot. Arte worked with an Inuit author to create the story of the mysterious Polar Bear and the three explorers on a quest for discovery. In this point & click game, the player evolves as an omniscient character, who accompanies the heroes on their adventure. The minimalist design style allows for an immediate immersion in the game's atmosphere, while the script is a carefully crafted element of an exciting story. In the background, Inua - A Story in Ice and Time evokes the blending of cultures, but also the sometimes stormy relations between the Inuit and the British in a discourse of acceptance and deep reflection.

Produced in English, Inua - A Story in Ice and Time has subtitles in French, German, Spanish and Portuguese. A few months before its release, the video game was presented to audiences at numerous festivals. It was warmly received at EGX in London, at the Jeux Made in France event in Paris, and at the Megamigs in Montreal. The Steam Next Fest online festival also provided Inua with international support.