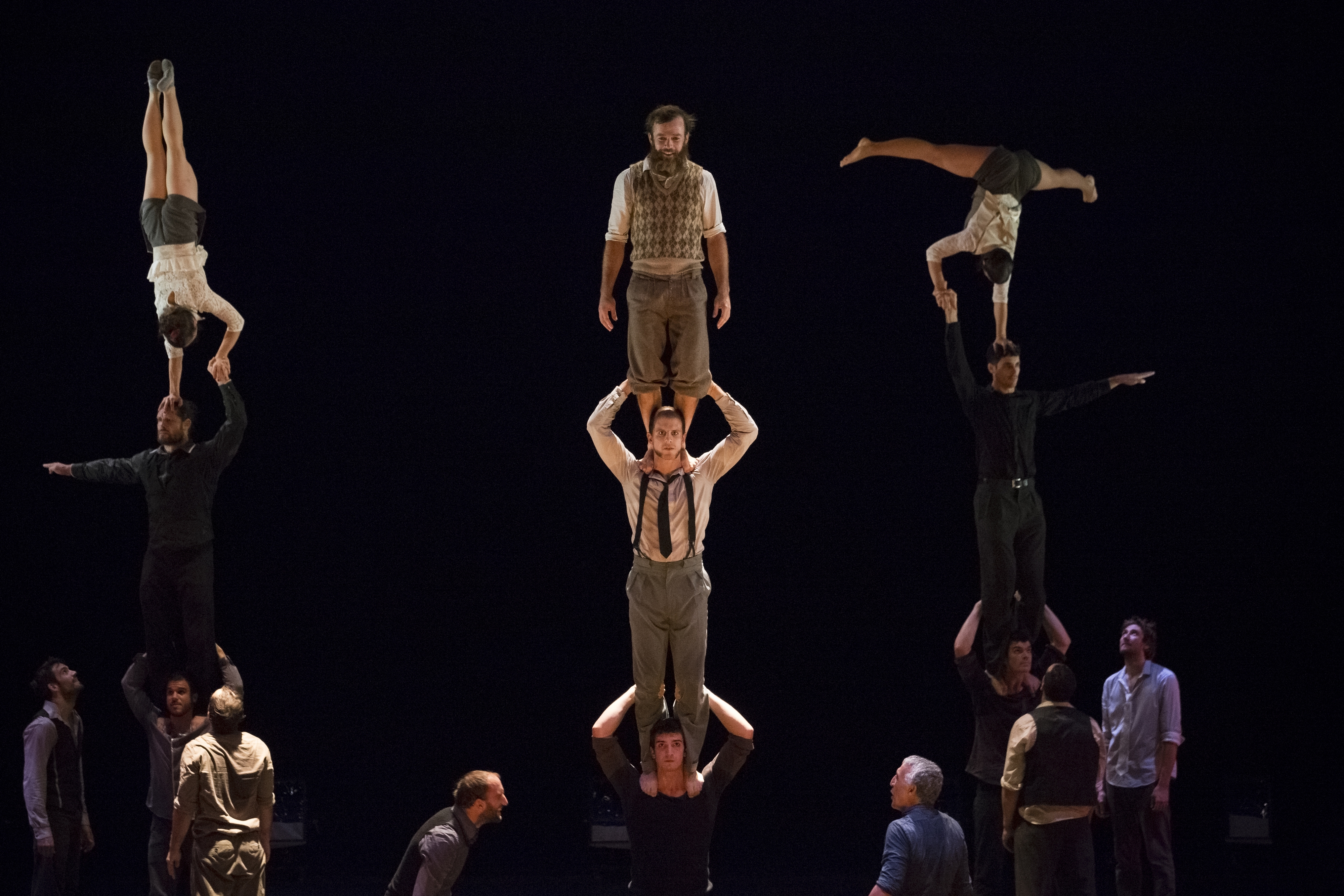 6, 17 then 22 acrobats An ensemble circus A new way to create circusA show that conquered the worldThe Institut français and the project
Circus
#23
Work

With It’s not yet midnight..., the tumblers and acrobats of Company XY have created an ensemble-based circus show in which they push the boundaries of their art form.

Founded in 2005 by Mahmoud Louertani and Abdeliazide Senhadji, both partner-acrobatics coaches, Company XY creates circus performances that it describes as “unlikely and unexpected”, where the interactions between the artists become a form of storytelling.

More of an ensemble piece, It’s not yet midnight... (2014) is the company’s third show, created for 22 artists in collaboration with choreographer Loïc Touzé.

In It’s not yet midnight..., artists from Company XY mix circus art with the energy of lindy hop, the first swing dance born in 1920s Harlem. On stage, the rhythms of jazz and the acrobatic lifts, human pyramids and leaps encourage the spectators to reconsider the notions of balance and trust.

The show symbolises the relationships and tensions between the individual and the group, and the energy it takes to exist as an individual within a group.

The show has been unanimously hailed as a perfect example of controlled virtuosity, with audiences conquered by the power and solidarity of the group.

A new way to create circus

For the show It’s not yet midnight…, the artists from Company XY worked as a collective alongside choreographers and guest artists: David Gubitsch, Emmanuel Dariès, Valentin Mussou.

For this show, they have sought to develop new ways of flying through the air and have created custom apparatuses: springboards that are also used as walls to bring structure to the stage.

To adapt the show for different venues, the artists offer two versions of the show: a traditional one adapted for theatres and another one in the round for tents.

A show that conquered the world

Following more than 500 performances of Laissez-porter and Le Grand C in France and around the world, Compagnie XY launched its international tour of It’s not yet midnight... after a few dates in France. The first foreign performance took place in June 2014 at the Humorologie Festival in Belgium.

The company then toured It’s not yet midnight... in Germany, Italy, Belgium and Spain. They have taken the show as far as South America, Peru and Colombia, before travelling to Mexico, the United States, Japan, Australia, and Palestine, each time attracting a positive critical response.

As part of its agreements with the Hauts-de-France region and the City of Lille, the French Institute supports the presence of Compagnie XY in Japan in 2017 and in Nablus in September 2018.