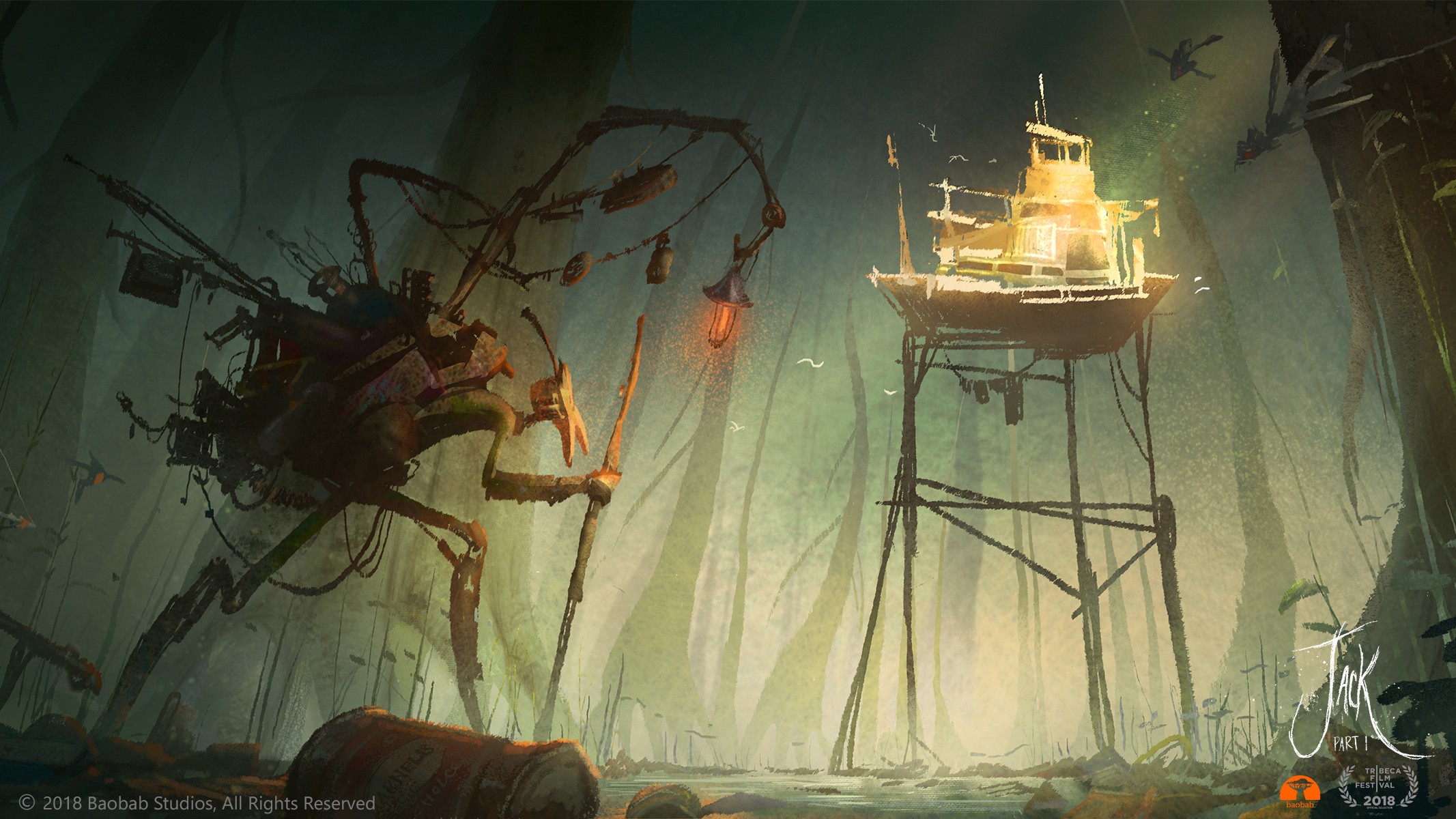 Jack (Part I), by Mathias Chelebourg

Who has never dreamed of having a magic bean and climbing up through the beanstalk’s leaves to reach the sky? Mathias Chelebourg gives you the opportunity to do just that with an immersive experience that touches hearing, sight, touch and smell. A virtual reinterpretation of the popular English fairy tale Jack and the Beanstalk.

Mathias Chelebourg is a French author and director who works on short cinematographic projects and feature films, as well as audiovisual, advertising and technological stories. We have him to thank for the virtual reality documentary The Real Thing VR (codirected with Benoit Felici and released in 2018) and Alice, The Virtual Reality Play (codirected with Marie Jourdren and released in 2017) which plunges the spectator into the grotesque world of Lewis Caroll’s work. With Jack (Part I), in 2018 he reconnects with the world he is fascinated with: that of fairy tales.

A fairy tale revisited in VR

With Jack (Part I) Mathias Chelebourg gives you the opportunity to play Jack, a little frog brought up by his mother alone, in poverty. One day she gives you the last coins she has to buy what’s needed to survive, but you come across an unscrupulous seller who convinces you to spend the money on some beans, said to be magic. Angry that you chose to use the money like this, your mother throws the beans out of the window: during the night the magic works… A gigantic beanstalk grows and you get to climb it to go and come across the giant and his wife in their kitchen. It’s down to you to escape from them so you don't become their dinner, and bring back the magic harp.

A universe calling on your senses

The action takes place in marshes, and fog. Nothing is left to chance. The decors and colours are inspired by the universe of Hayao Miyazaki, famous animation film-maker. The giant’s voice is that of Lupita Nyong’o, the actress who won an Oscar for her supporting role in 12 Years a Slave (2013). Different odours, created by a nose in Lyon, go with the story. The wind is simulated by fans, heat by sensory devices: as such the user can burn their fingers on a teapot. Thanks to movement sensors, users’ gestures are transmitted in real time to the computer-generated world. The users therefore influence how the story pans out. The frontier between physical and virtual space is slim, only the fact of having to wear a VR headset brings you back to reality.

Mathias Chelebourg has succeeded in convincing luxury brands like Dior to use VR to communicate. Among other things, he has made an interactive episode of the Doctor Who series for the BBC, The Runaway, in competition at the Annecy International Animated Film Festival in 2019.

It introduce partners of the cultural network (theatres, museums, cultural centres, art centres, festivals, shopping centres, etc.) to new kinds of shows and exhibitions which meet a growing public demand for forms of entertainment and cultural offerings with a strong digital dimension.