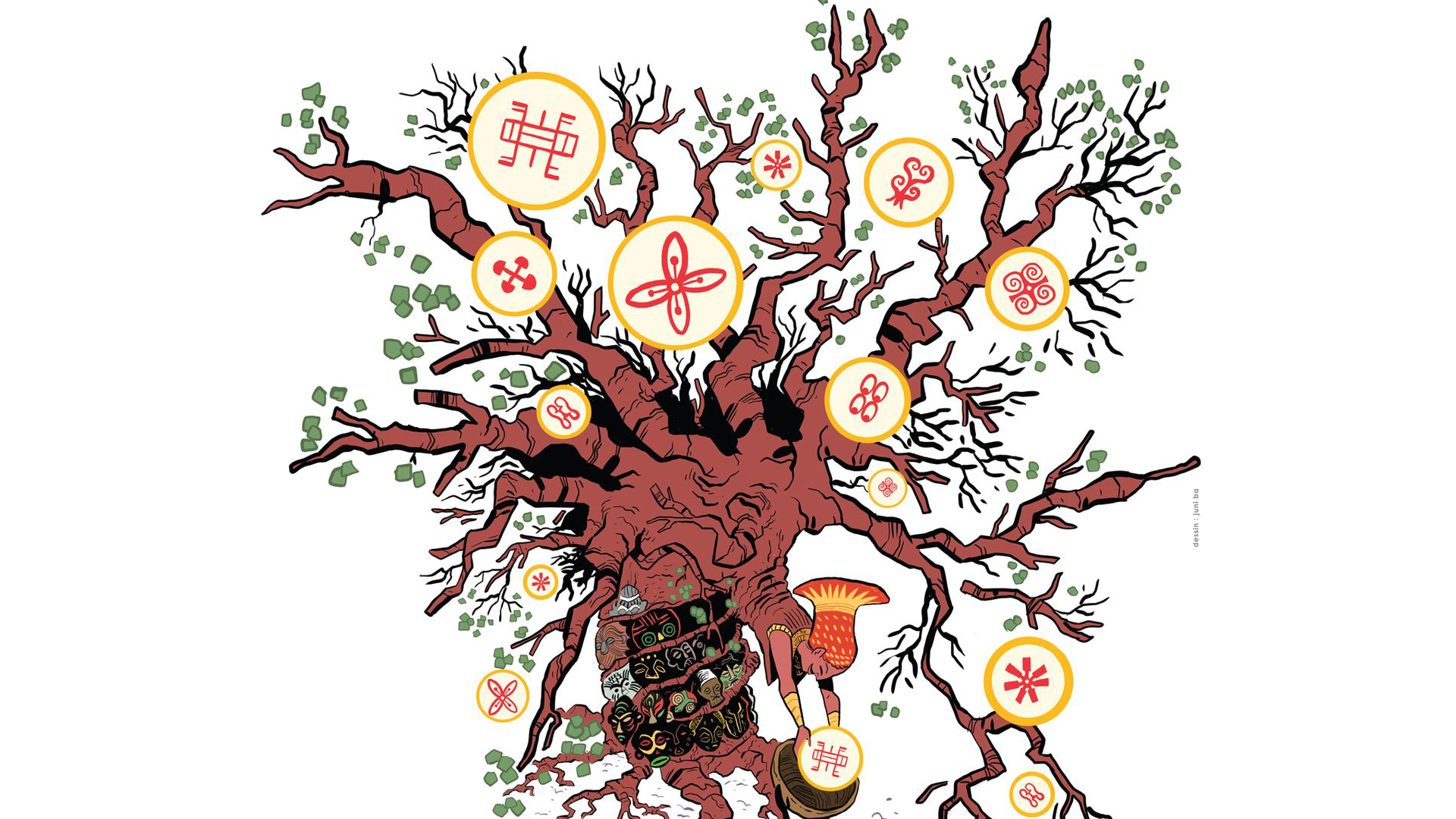 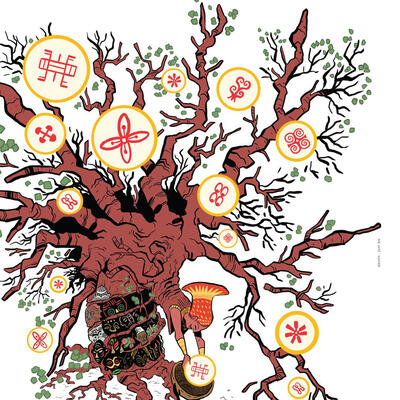 The exhibition Kubuni, les bandes dessinées d'Afrique.s presents for the first time a synthesis of the abundant African creation in the field of the ninth art.

An experienced duo at the head of the project

The exhibition Kubuni, les bandes dessinées d'Afrique.s is the result of a collaboration between two curators: Joëlle Epée Mandengue, and Jean-Philippe Martin, scientific advisor to the Cité internationale de la Bande Dessinée. Joëlle Epée Mandengue is the founder of the Billi BD Festival in Congo-Brazzaville and is known to comics fans for her Ebène Duta series, which found fame through social media. Jean-Philippe Martin is a well-known comic book critic. He contributes to numerous magazines (Critix, Neuvième Art, Bang!, Art Press) and has organised several exhibitions on the subject, such as the recent Afropolitan Comics.

The tree as a symbol

Kubuni means "imaginary creation" in Swahili: the tree on the exhibition poster, designed by author and illustrator Juni Ba, symbolises the link between the pioneers of African comics and the diversity of today's authors. Kubuni, les bandes dessinées d'Afrique.s is presented in a didactic format, showing how African comics work with certain Western influences while taking care to differentiate themselves from them. "Colonisation", the curators remind us in their foreword to this exhibition, "imposed acculturation on the subjugated countries". But this acculturation soon faded away in favour of other aesthetics, notably Afro-futurist, or linked to the world of manga.

The multiplicity of identities

Given the diversity and quantity of authors in Africa, the curators of Kubuni were faced with an extremely difficult selection process. They decided to focus on comics from sub-Saharan Africa. The -s affixed here to Afrique is intended to highlight the multiplicity of this group, composed of as many identities as there are authors and countries. The exhibition thus proposes a journey from the first albums, often linked to linguistic or stylistic influences specific to the colonial history of each country, to a modernity that now blends all of these elements together. And it willingly tackles burning issues, sometimes in a very uncomplicated way.

An ecosystem in full swing

Kubuni is an unprecedented exhibition that was conceived within the framework of a partnership between the Cité Internationale de la Bande Dessinée et de l'Image, the Institut Français du Congo and the Bilili BD Festival in Brazzaville. It testifies to the vitality of an ecosystem that relies heavily on festivals, which allow authors to meet and organise themselves. For although African comics are booming, it is still far from easy to get access to a publisher and get into print on the continent itself. This major retrospective should help to change this situation for the better.

cross
The Institut français and the exhibition
Image

The exhibition Kubuni, les bandes dessinées d’Afrique.s was presented as part of the Africa2020 Season.

Initiated by Emmanuel Macron, the President of the French Republic, the Africa2020 Season took place throughout France (mainland and overseas territories) from December 2020 to September 2021. It was dedicated to the 54 states of the African continent.

Find out more about the Africa2020 Season