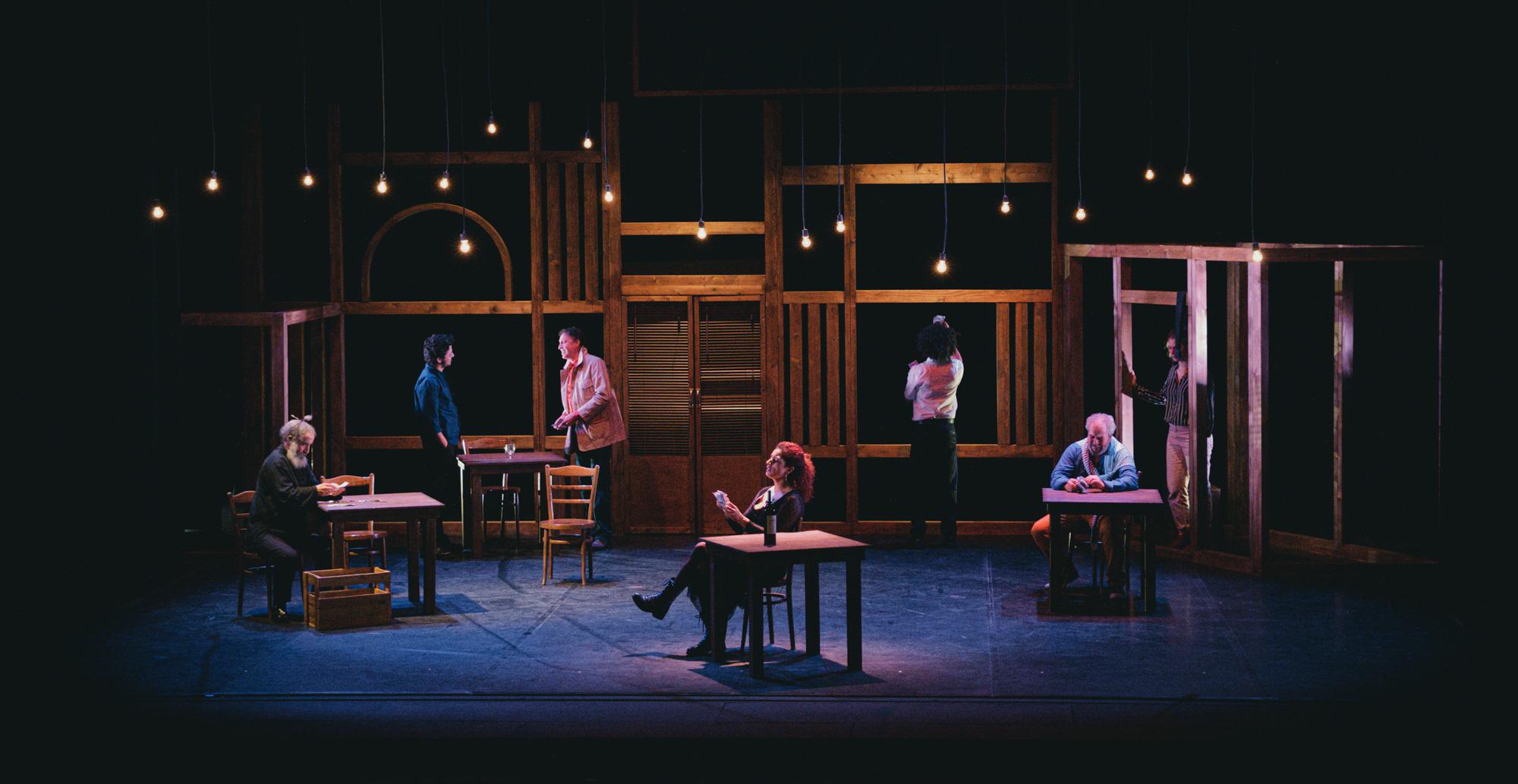 With the Arab Spring as a background, the authors Maud Galet-Lalande and Ahmed Amine Ben Saad reflect on the way humans put up a united front. Between raised voices and clinking of glasses, La Tablée (2020) stages the hope of those fighting.

A meeting of two shores

On the French side, there’s Maud Galet-Lalande, an actress, author and producer based in Metz where she manages the Les Heures Paniques company. Trained at the Acting International school, she has staged various shows from Pourquoi y a-t-il Que Dalle plutôt que Rien ? (2012) to Chemins de Traverse (2018). Her practice is also marked by a strong desire to share and exchange, whether in Gueuloir, a transborder authors’ collective that she co-founded, or during theatre workshops for the Passages festival. On the Tunisian side, there’s Ahmed Amine Ben Saad, also an auteur, and playwright and actor. He acted in Samir Seif’s film Saint Augustin (2016), cofounded and produced the web TV Astrolabe TV from 2012 to 2014, and put his name to staging his first theatre play, Tounès, in 2015. La Tablée is the result of these two talents meeting.

Around a table, in an unidentified place somewhere in the Mediterranean, a young French woman, Mathilde, meets form people, three men and a woman. She wants to write about the Arab Spring. They have experienced it and each has a different and disillusioned view of this rebellion. When a sixth thieving stranger speaking several languages joins the group, the debate becomes tense and is near breaking down... Maud Galet-Lalande and Ahmed Amine Ben Saad show the search for freedom through a streamlined scenography, but also the barriers that establish themselves between beings and cultures. La Tablée therefore embodies this meeting of souls that’s necessary to find the path of common good.

A play with a subject of union, moving across towards another, must embody this movement as far as its creative process. La Tablée is first the fruit of 5 trips to Tunisia and the many meetings Maud Galet-Lalande had there. After writing a first version in France, the author understood that the show can only come about in a co-creation dynamic with artists from both shores of the Mediterranean. The text therefore came about from the outset with a partner, the Tunisian Ahmed Amine Ben Saad. As for the team, it mixed actors and technicians from Tunisia and France.

If the place where La Tablée is located is more or less reminiscent of Tunisia, the authors never completely provide a response to this question in order to give their text a universal dimension. The play is a reflexion on rebellion in its widest meaning, and of the ability of groups of humans to rethink the world. A theme that carries the play in France – participation in the Francophonies in Limoges 2020 – as well as the Mediterranean basin.

"Des mots à la scène" (“From Words to the Stage”) is a support fund for the production of contemporary writing for the stage from Africa and the Caribbean launched by the Institut français. Funded by the Ministry of Culture, this fund aims to promote authors from the south who are little known or played.

The Institut français de Tunisie is a partner in the project, and hosted the team in residence at Villa Salammbô from the La fabrique des residences program