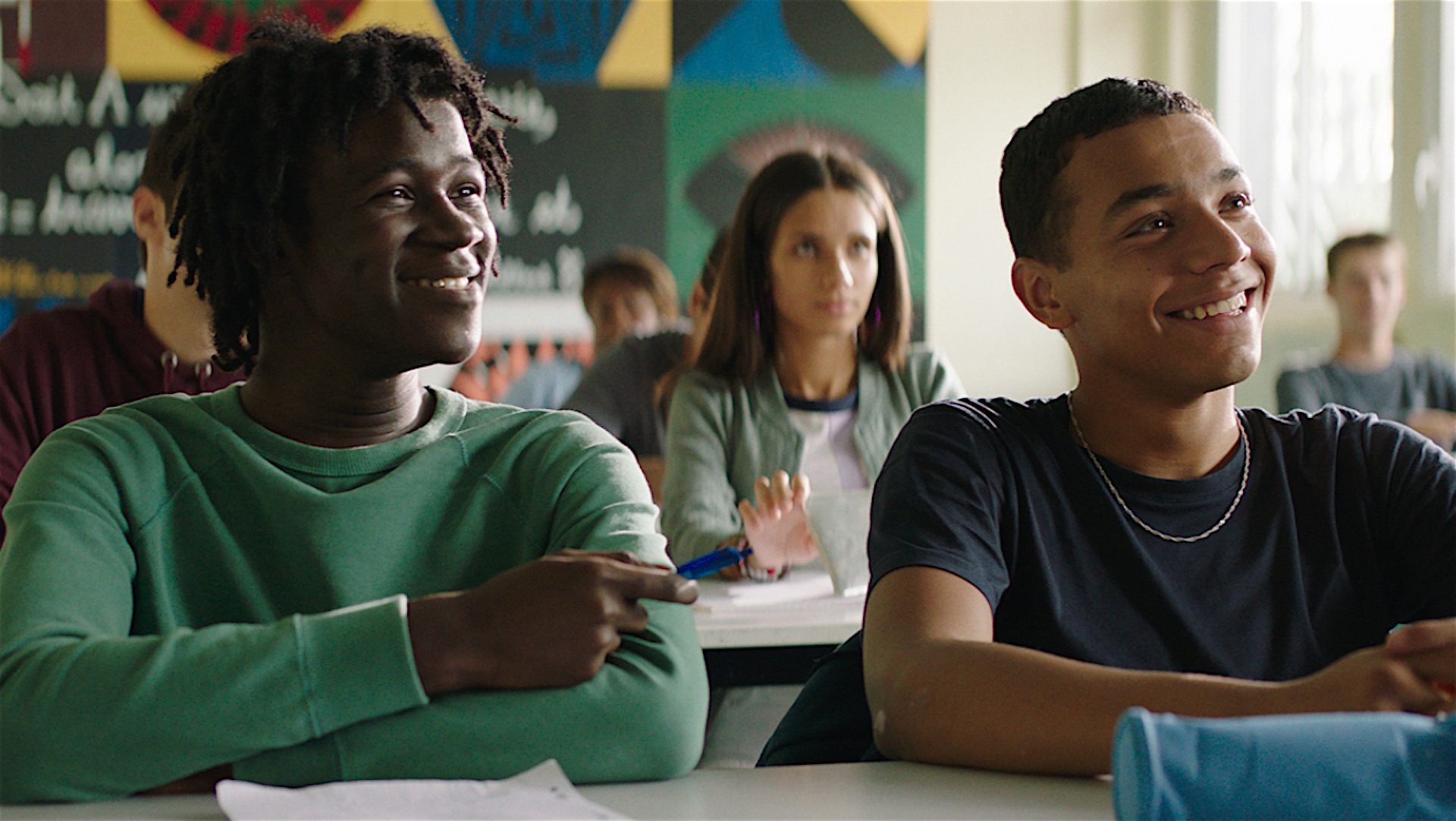 The directing duo succeeded in portraying humanist education positively in a suburban college whose students’ future is blighted by their social condition.

A former dancer turned director, Mehdi Idir made the music videos for the musician and directed Le Bout du tunnel (The End of the Tunnel, 2015), based on a song by Grand Corps Malade that traces the life of an inmate who was the first to write a blog from prison.

Following this first collaboration, the two artists created Patients (2017), adapted from the eponymous autobiographical tale of Grand Corps Malade. In 2019, they found themselves behind the camera filming La Vie scolaire, a social drama about a suburban college, again inspired by their own story.

A reflection on education

For their second feature film, Grand Corps Malade and Mehdi Idir portrayed a school year at a college in Saint-Denis. For years, teachers have struggled with their students, who were often mocking, insolent and undisciplined. The arrival of a new senior education adviser, played by Zita Hanrot, is set to shake up the college's everyday life.

This newcomer, who hides a dark secret, prefers a humanist approach to each student, instead of the exclusions and other punishments usually given out.

School Life questions the practices of educational institutions and emphasises their central role with students.

The upgrading of Saint-Denis

To recreate their social narrative, Grand Corps Malade and Mehdi Idir called on amateur actors. They wanted to include the inhabitants of the Cité des Francs-Moisins in Saint-Denis, an area deemed inaccessible to the French media and regularly blighted by violence and arson.

Half of the 200 extras that took part in the seven-week summer shoot were children who hadn't had the chance to go on holiday.

La Vie scolaire has given a new lease of life to the Cité des Franc-Moisins.

One of the biggest hits at the French box office in 2019, La Vie scolaire remained at the top spot for six weeks and attracted more than one and a half million viewers. The film was nominated for a César in 2020 for Most Promising Actor for Liam Pierron, who is considered an outstanding talent.

La Vie scolaire, by Grand Corps Malade and Mehdi Idir has been screened internationally by the Institut français.