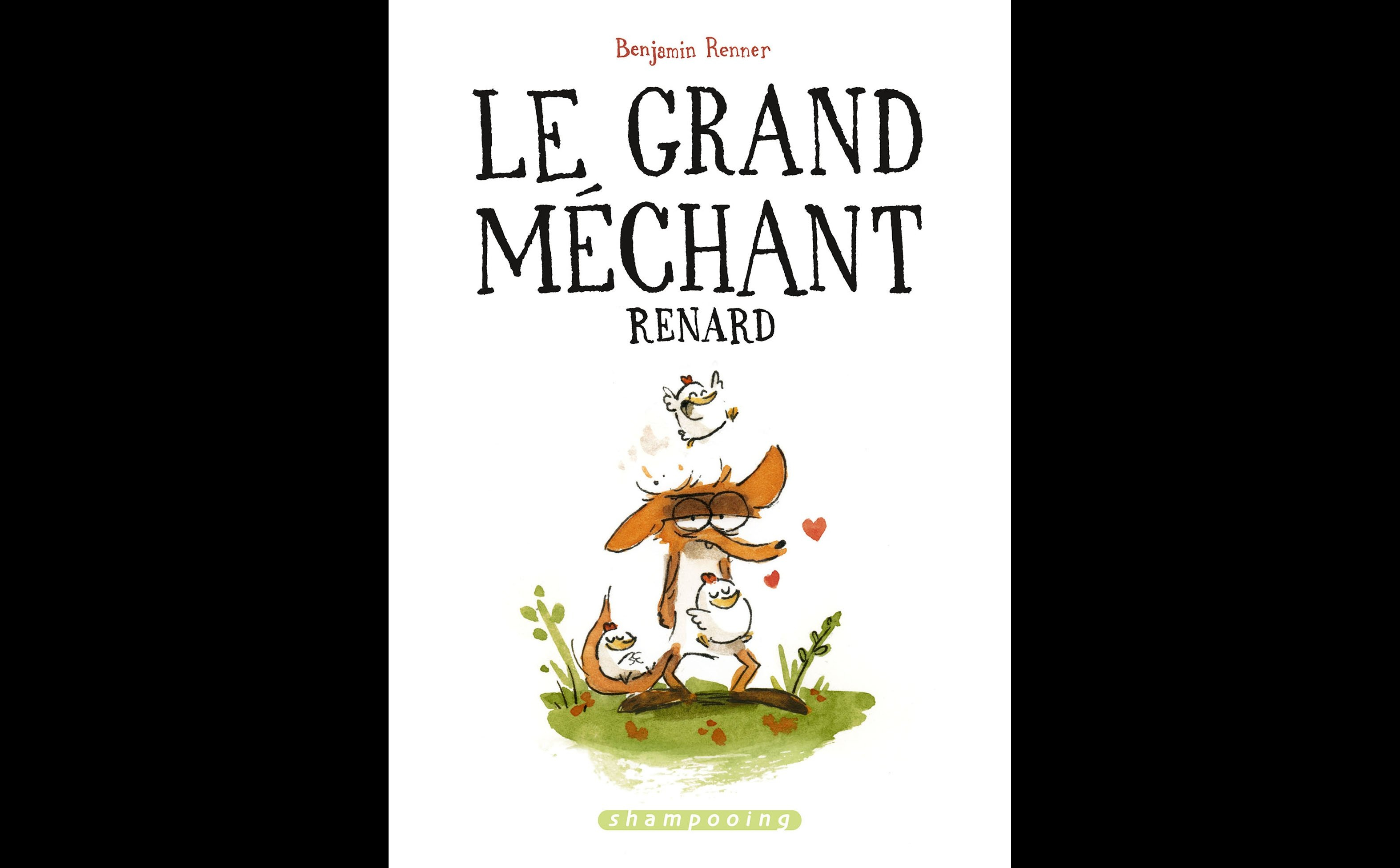 Winner of the Youth Prize at the Angoulême International Comics Festival in 2016, Benjamin Renner’s Le Grand méchant Renard was adapted for the screen in 2017. A poetic farm tale.

From comics to animated films

Born in 1983, Benjamin Renner studied at the School of Fine Arts in Angoulême before joining La Poudrière – School of Animated Film.

If, as a child, he felt attracted to writing, it was by drawing that he managed to tell stories. « I focus on the expressiveness of the design and not on its beauty. Telling stories does not necessarily only involve writing », he likes to clarify.

Making his public debut in 2015 with Le Grand Méchant Renard, published by Delcourt and recounting the adventures of a fox trying to find its place as a great predator, Benjamin Renner also worked on the film adaptation of Ernest et Célestine (Ernest and Célestine), before adapting Le Grand Méchant Renard et autres contes with Patrick Imbert in 2017.

Le Grand Méchant Renard tells the story of a fox trying to become a real predator.

Clumsy and regularly attacked by the hens on the farm, he models himself on his friend the wolf, who gives him advice on becoming what he aspires to be. Dreaming of devouring a chicken, the fox develops a new strategy and steals eggs from the henhouse to get quick access to well-fed chicks to eat. But not everything goes as planned. The fox gets attached to the chicks who take him for their mother...

Benjamin Renner draws his inspiration from his childhood and the desire to tell a story related to his own experience of broody hens in the South of France. In Le Grand méchant Renard, he revisits the usual bestiary of tales, a genre he loves for its timelessness, and distills his humour through a gallery of unusual animals. A fan of drawing in the style of Sempé, he attaches great importance to the animation of his characters.

Consisting of three short comic stories, the animated film was made by computer while moving away from the current standards of synthetic 3D images. « We don’t just make a beautiful detailed drawing, like Moebius. We ask the animator to stop drawing at the moment when we understand it ».The key for Benjamin Renner is to show that a « story can be told very spontaneously ».

The work and the world

Le Grand méchant Renard has scooped up multiple prizes: Youth Prize at the Angoulême International Comics Festival in 2016, FNAC Comics Prize, Mickey Mouse Journal Readers’ Grand Prix, then a César for Best Animated Film and the Lumière Prize at the Lyon Festival for his film adaptation as well as three nominations at the Annie Awards.

Le Grand méchant Renard (The Big Bad Fox) by Benjamin Renner, is one of the works honored at the exhibition « The renewal of youth comics » in 2020.

This exhibition, supported by the Institut français and in partnership with the comics group of the Syndicat National de l'Edition (National Publishers' Union), provides an opportunity to discover the works of the new generation of French and Francophone comic book authors whose talent is recognised in France and abroad.

Find out more information about « The renewal of youth comics »