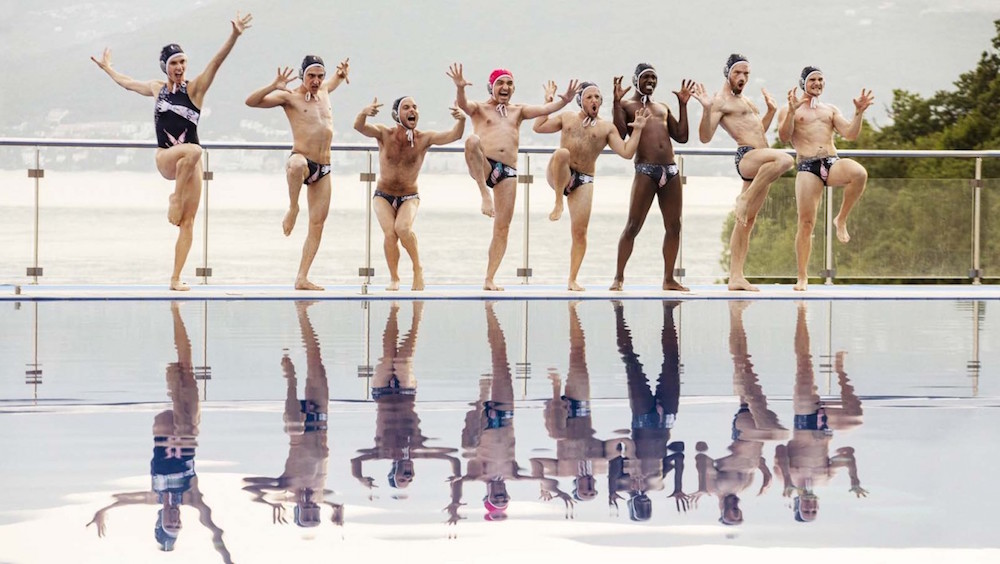 Cédric Le Gallo and Maxime Govare meander through Les Crevettes Pailletées into the changing rooms of a gay water polo team. This modern political comedy, inspired by a true story, celebrates the right to be different.

Initially a journalist, Cédric Le Gallo turned to directing in 2015 with Scène de culte (Cult Scene), a television mini-series. Drawing on this experience, in 2019 he decided to stage his first feature film, Les Crevettes pailletées, about his gay water polo team, a sport he himself plays for leisure. On the advice of his producers, to write and produce the film he joined forces with the film maker Maxime Govare, already known for his comedies Toute première fois (I Kissed A Girl, 2015) and Daddy Cool (2017).

For this ensemble film, the duo imagine a confrontation between two radically opposite worlds : a homophobic coach is tasked with training a team of gay swimmers. A sporting, social and political adventure that has won over many audiences.

World swimming vice-champion Mathias Le Goff severely insults a live TV presenter. The homophobic slur he uses gives him a bad press. The star has to redeem himself. To prove his benevolence and open-mindedness, he will have to coach Les Crevettes pailletées (The Shiny Shrimps), a gay water polo team more free and lighthearted than hardworking, with the aim of winning an award at the Gay Games, the LGBTQ+ Olympics.

With Les Crevettes pailletées, Cédric Le Gallo drew on his own experience to pay tribute to his « Shiny Shrimps » water polo team. It was by joining this gay team that the film maker began to flourish and assert his identity after 30 years of hiding his homosexuality from his loved ones.

However for their story, the two directors preferred to call on real actors, including a transgender actress (Romain Brau) to better represent the diversity of French society.

Thanks to this distinction, this popular comedy has attracted a wide audience in French cinemas, as well as in Belgium, Croatia and Switzerland.

After seducing Europe and even Singapore, the film became one of France's biggest hits of 2019. With $4.5 million in worldwide takings, the film team is currently working on a sequel, having decided not to make it into a series.

Les Crevettes pailletées (2019) has been screened internationally by the Institut français.