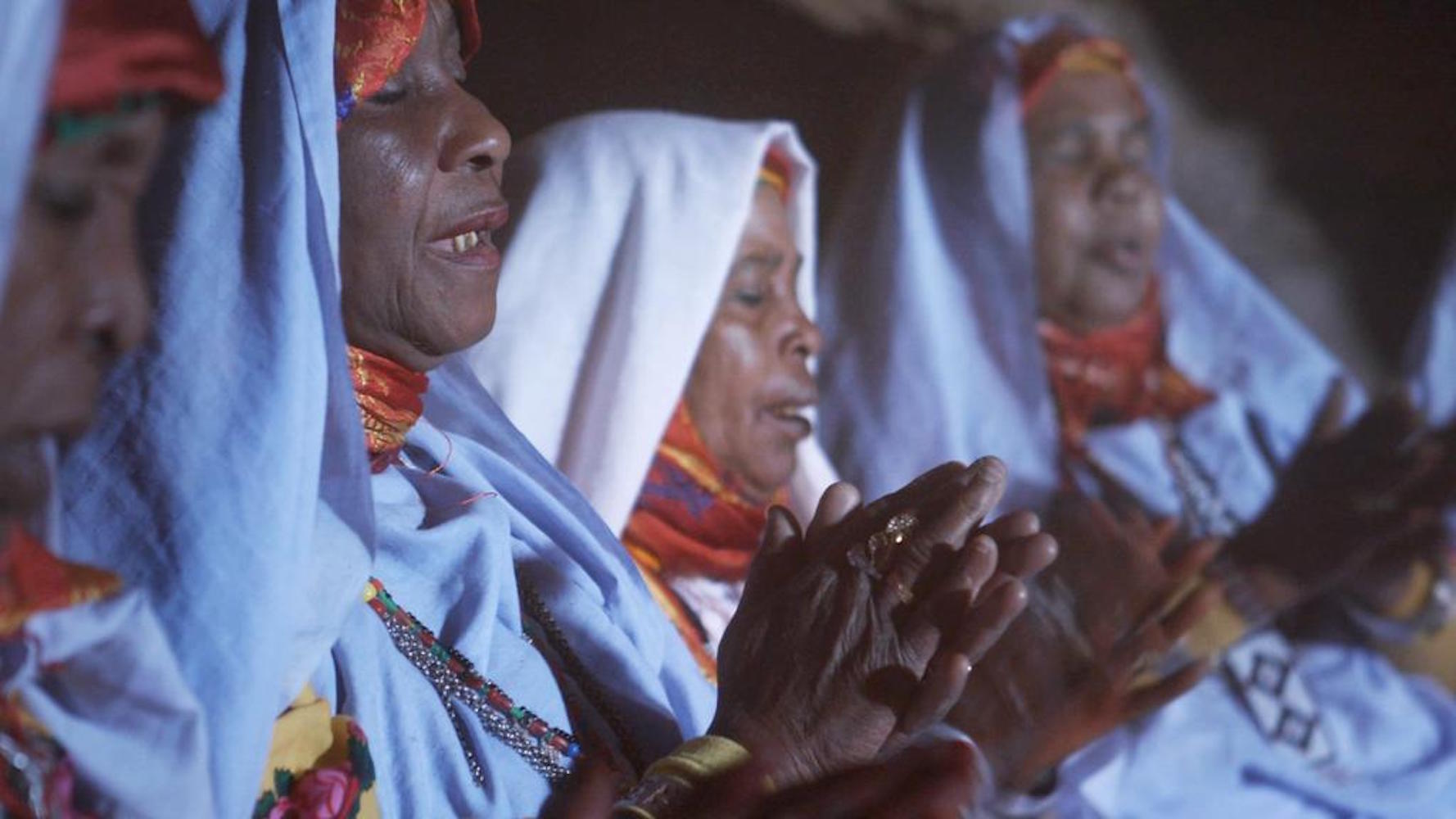 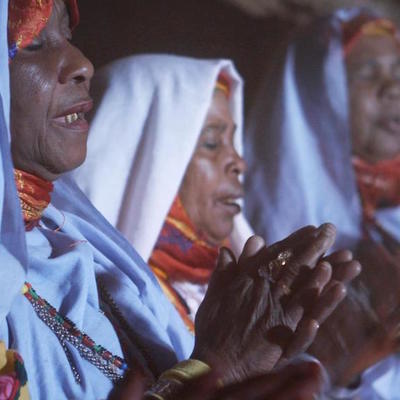 In his latest short film, Karim Moussaoui paints a portrait of Les Divas du Taguerabt. These fascinating desert singers appear like a mirage to the film-maker, who is on a quest to comprehend Algeria’s cultural practices.

The son of a French teacher and a heating and air conditioning engineer, film-maker Karim Moussaoui was born in Jijel, Algeria, in 1976. He grew up in a housing project in the suburbs of Algiers, and as a teenager witnessed the initial outbreaks of violence in the civil war. He studied business and English while cultivating his love for film at the video club that he attended assiduously. He created his first short film, Petit Déjeuner (Breakfast), in 2003, watched the shooting of Viva Laldjérie (Viva Algeria, by Nadir Moknèche, 2004), and set up a film club with his friends.

His career really took off with his medium-length film Les Jours d’avant (The Days Before, 2015), which was selected for several international festivals, including Locarno and the César Awards. He created his first feature-length film in 2016 on the back of this exposure; En attendant les hirondelles (Until the Birds Return) had a preview showing at Cannes. Since considered a promising film-maker, Karim Moussaoui has become a symbol of an independent new film scene in Algeria. He was also responsible for the film programme at the Institut français in Algiers for several years.

Karim Moussaoui went on a quest in the desert with Les Divas du Taguerabt. Camera on his shoulder, he sought these mysterious singers who perform in caves. He bore witness to an unprecedented acoustic show over the course of these encounters. This 15-minute documentary portrait is one of the four short films making up Celles qui chantent (2020), a film on the theme of women’s voices created by Jafar Panahi, Sergei Loznitsa, Julie Deliquet, and Karim Moussaoui. This programme gives a voice to women in the shadows while highlighting various and often overlooked feminine interpretations.

A political and cultural context

China gifted Algeria an Opera House in 2016 to cement the economic cooperation between the two countries. Karim Moussaoui was perplexed by this 30 million euro offering, which he deemed inappropriate. Eager to explore Algeria’s musical culture, the film-maker then reflected on his country’s traditions. While talking to one of his friends, he learned about the practices of the singers from Timimoun, renowned for singing the Taguerabt in caves. Fascinated by this mostly female singing, he brought his film crew to the desert in search of these regal Divas of Taguerabt.

A work accessible to everyone

Created as part of the “3rd stage”, Les Divas du Taguerabt made big waves around the world. This digital stage by the Paris National Opera has been working since 2015 to make the prestigious institution’s productions widely available. Eager to reach larger and larger audiences, this digital space is dedicated to creation and is available for free. Les Divas du Taguerabt is available to everyone with an internet connection.

Les Divas du Taguerabt, by Karim Moussaoui, is screened internationally by the Institut français.The Institut français offers a catalogue of over 2,500 titles, enabling the French cultural network and its partners to screen French films around the world.

On IFcinéma à la carte, the Institut français proposes films to discover from all over the world (except France) during all the year.