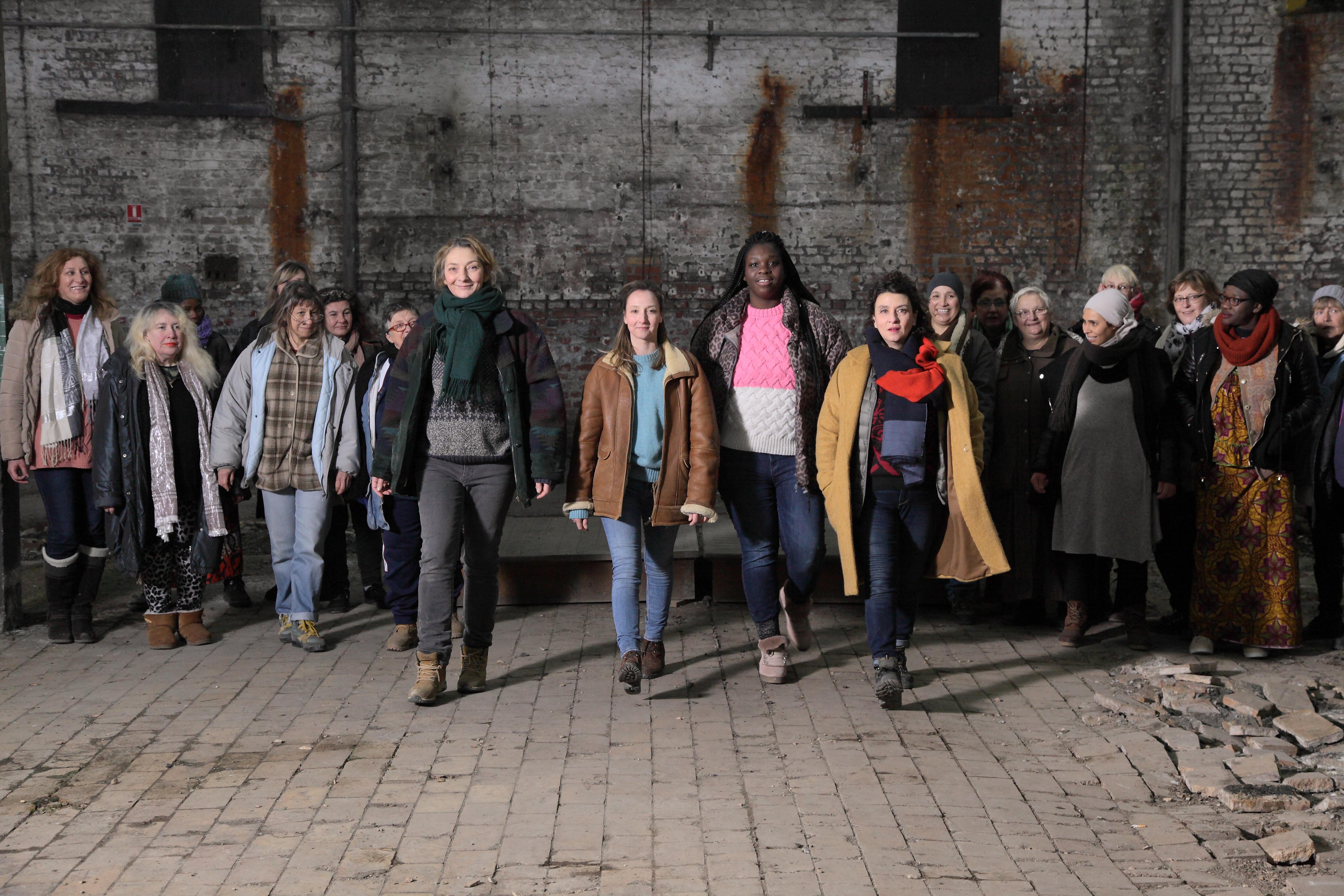 The unexpected success of 2019, Les Invisibles aims to give a face and a voice to women living on the streets through fiction. A delicious humanist comedy driven by the beauty of its actresses.

Between Roberto Benigni and Stephen Frears

While nothing predestined Louis-Julien Petit to make films, the discovery of Roberto Benigni's La Vie est belle (Life is Beautiful, 1997) came as a revelation: the boy may only have been 13 years old, but he wanted to make films just like this one. He then studied at the École supérieure de réalisation audiovisuel (the Higher National College of Audiovisual Creation, ESRA), followed by 10 years working as an assistant to such seasoned film makers as Luc Besson, Martin Scorsese and Xavier Giannoli.

From his first feature film, Discount, in 2014, Louis-Julien Petit asserted a human perspective, brought to the Anglo-Saxon cinema of Stephen Frears and Ken Loach. His desire to mix realism and fiction to better tell the injustices of society unfolds in his subsequent films, Carole Matthieu (2016) and Les Invisibles (2019).

The origin of Invisibles is the 2015 documentary Femmes invisibles, survivre dans la rue (Invisible Women, Surviving on the Street) and the book Sur la route des invisibles (On the Road of the Invisible) by Claire Lajeunie about homeless women. These poignant testimonies are a source of inspiration for Louis-Julien Petit, a springboard to writing the story of the film, that of a reception centre, L'Envol, where social workers and women in distress are struggling in the face of the threat of the centre’s permanent closure.

Between little tricks and reintegration workshops, the film maker delivers a gallery of strong female characters with an overflowing, communicative energy.

The truth at the heart of fiction

In each of his projects, Louis-Julien Petit adopts an almost journalistic method. In order to be as truthful as possible about his subject, he investigates, attends numerous meetings and gathers testimonies. This preliminary work is used to build authentic, spontaneous fiction.

For Les Invisibles, the film maker also decided to cast professional actresses like Audrey Lamy and Corinne Masiero alongside homeless women who play their own roles in the film. This alchemy between two worlds at odds with one other gives the narrative its unbridled rhythm and luminous tone.

Popular in France with an audience of more than 1.5 million when it was released in cinemas in 2019, Les Invisibles is experiencing the same enthusiasm abroad.

Projected in more than 20 countries from Germany to Lebanon to Argentina, this social comedy with universal discourse contains international references such as the British film The Full Monty (1997).

The film is regularly supported at festivals by a voluntary team who are keen to prolong the debate initiated by the film with audiences.

Les Invisibles, by Louis-Julien Petit has been screened internationally by the Institut français.