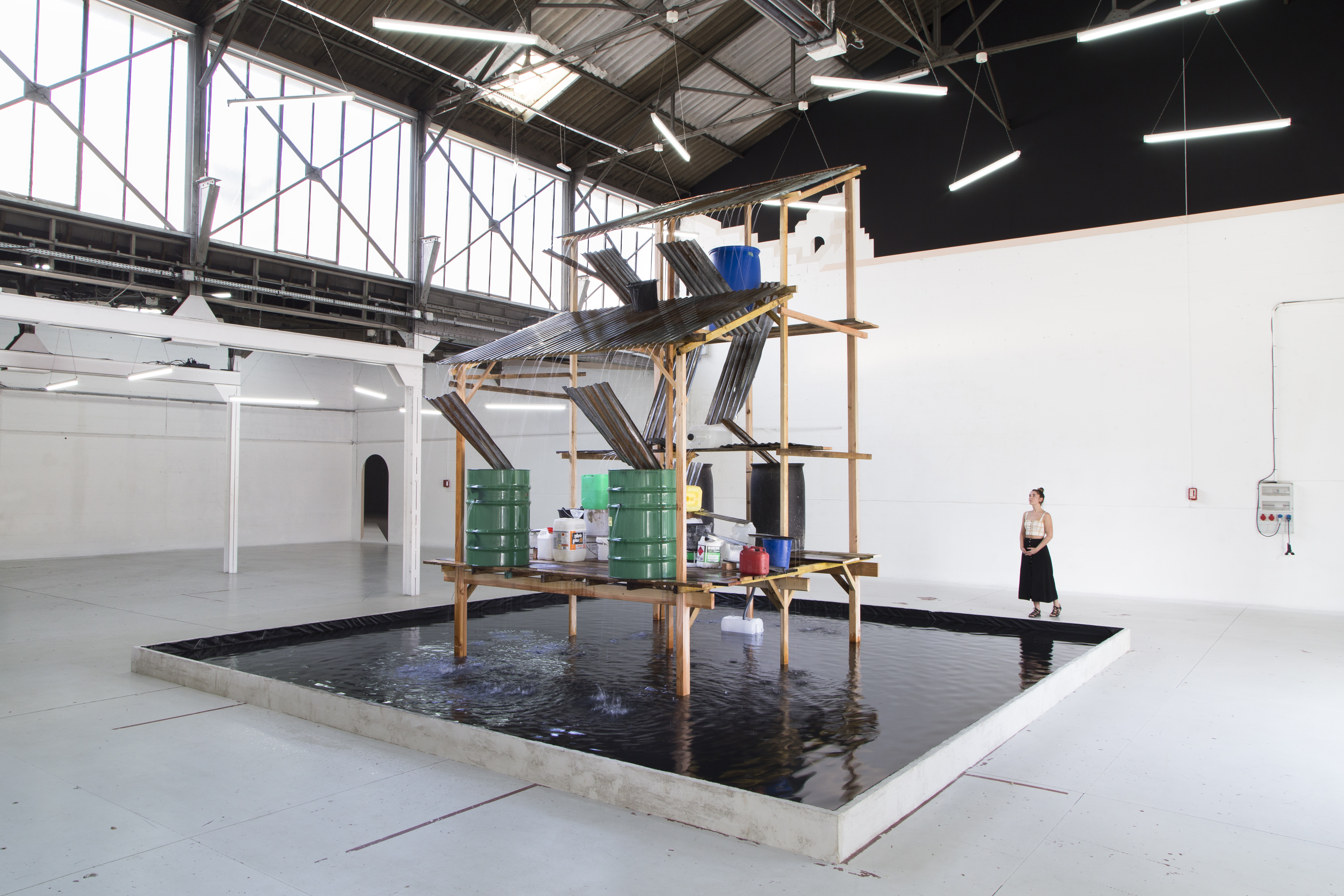 The water flows from a wood and sheet-metal structure, through multicoloured containers... Placed in a pond, the installation Lluvia by Colombian artist Daniel Otero Torres creates an astonishing visual symphony.

A look at spontaneous architecture

Born in 1985 in Bogotá, Colombia, Daniel Otero Torres was educated in France, where he graduated from the Ecole Nationale des Beaux-Arts in Lyon.

Although geographically removed from his native country, the artist returns there through his work, which he has  refocused year after year on grassroots constructions in South America. An anthropological interest in the living conditions of minorities is expressed and explored through various media: drawings, photographs, and installations such as Lluvia, created in 2019, the result of his encounters with the Emberá indigenous community, whose system for recycling polluted water he studied.

Going with the flow

The Lluvia installation measures just over 7 metres tall, around the height of a house. It has no walls surrounding its wooden frame, with the focus on a sheet metal roof which allows streams of water to slide down its slopes into many metal and plastic containers. Perforated, these cans allow the water to flow into the pond above which the structure stands. Lluvia resembles a quirky fountain, made of salvaged bits and pieces.

Politically motivated, Daniel Otero Torres’ work is the result of the artist's observations of how the Emberá indigenous community, based in Northwest Colombia, collected rainwater and then treated it in order to render it potable. An essential skill, since their water is polluted by illegal gold mining.

In praise of grassroots architecture

Spontaneously built by residents using basic materials and inventive techniques, the local architectures which fascinate Daniel Otero Torres represent each person's ability to adapt to a difficult and evolving world.

This is why the installation Lluvia  is made up of patchy elements, the likes of which might be found on street corners: mismatched cans, plastic buckets and funnels, etc. Daniel Otero Torres wanted to reproduce the improvised assembly process, carried out without any technical planning, which characterises the Emberá indigenous community.

The installation Lluvia by Daniel Otero Torres, which was displayed in 2019 at the La Tôlerie Art Centre in Clermont-Ferrand, France, is part of his research project on grassroots architecture.

Entitled Asentimientos, this latter was conducted between 2017 and 2018 in Colombia and required many trips, notably along the banks of the Río Atrato.