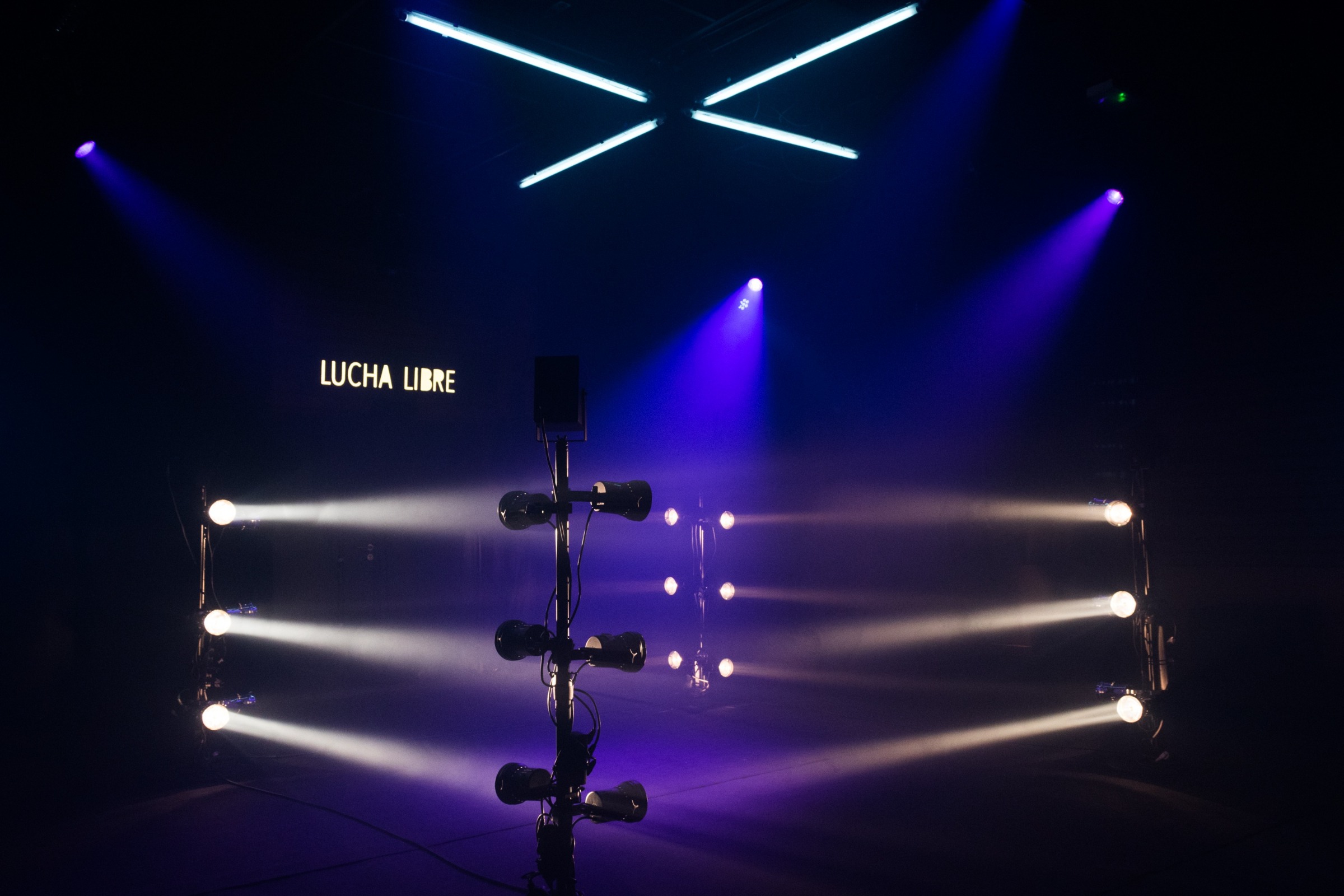 Currently in production, the light and sound installation Lucha Libre by Méryll Ampe explores the world of Lucha Libre, a form of wrestling which is extremely popular in Mexico, in all its theatrical and folkloric dimensions.

A graduate of the École Boulle (wood sculpture, 2005), Méryll Ampe has since explored a number of different careers, first studying at the Georges Bizet Conservatory and then at the École Nationale Supérieure d’Arts in Paris-Cergy.

Her obsession? The “materiality of sounds” and their mood, which she makes visible through her works of visual art. Méryll Ampe thus captured the rhythm of a drum kit in plaster bas-relief (Partition, 2009), the vibrations of a loudspeaker in a container (Vibrations, 2012) and evoked a bird’s song through a sculpted circle (Le Chant du merle, 2010).

The Rhythm(s) of a Sport

In her installation Lucha Libre, Ampe seeks to "examine the theatrical elements, the movement and the rhythm of Lucha Libre". To do this, she reproduces the shape of the ring through a light installation designed in collaboration with artist Jimmy Boury.

This light-structure is paired with a sound composition, which recreates the rhythm of a wrestling match and the energy of its excited audience. “The listener will be immersed in a space where the audible energy of a match is circulating”, the artist explains.

The possibility of immersion

It was thanks to field recording that Ampe was able to capture the atmosphere of a Lucha Libre match: the artist recorded the sounds of different fights and then compiled them into an immersive composition.

The installation features two rings of speakers, which allow the audience to feel the spaces of the ring and arena. All this while being immersed in a light installation which emphasises the unique kitsch of Lucha Libre. This creates an experience which touches on sight, hearing, spatial perception and the excitement of sport.

A Tribute to Mexico

In 2013, Méryll Ampe discovered Lucha Libre in Mexico City. Its unique blend of sport and spectacle fascinated her. The matches “become a kind of social theatre where burlesque meets sport and the arena becomes a space for social catharsis,” she explains. Méryll Ampe began recording during a residency in 2017.

A year later, the artist began creating the lighting elements during another residency, this time in Reims. The work is scheduled for completion in 2020.