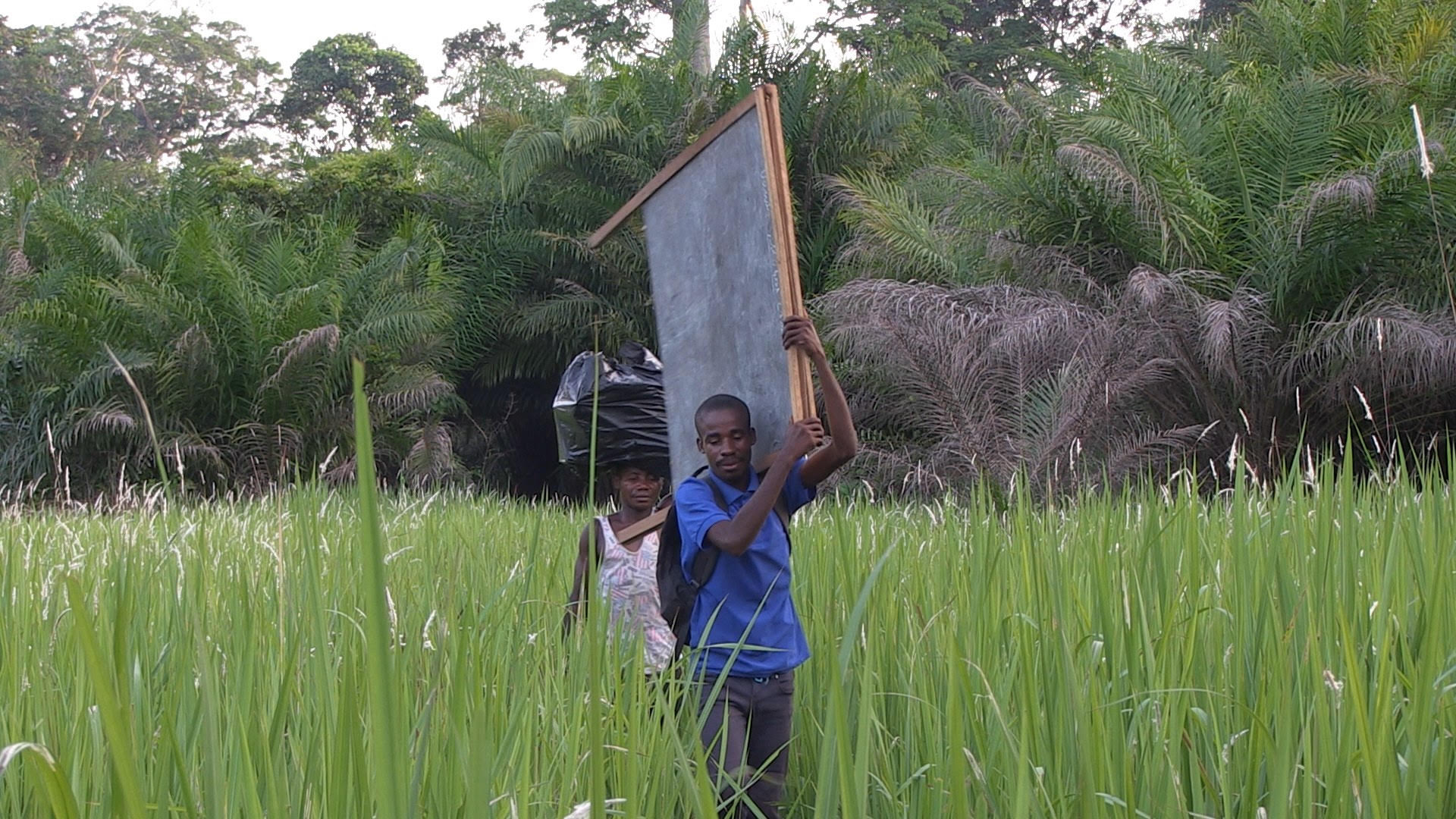 Supported by the Bangui Alliance Française and the Varan Workshops, Elvis Sabin Ngaibino quit his geology studies and instead turned to documentary film making. With his new project Makongo, the film maker follows two young pygmies in Bangui.

A geologist with a passion for cinema

Elvis Sabin Ngaibino started his career in a publishing house and studied literature before taking courses in geology and chemistry at Bangui University's Faculty of Science, where he earned his master's degree. Since 2010, he has taken screenwriting classes and made a few short documentaries about cattle, women and gender-based violence.

Appointed president and founder of the Academy of Film Directors of Central Africa in 2012, he rose to prominence in 2017 with the production of Docta Jefferson supported by the Varan Workshops, which are aimed at helping young directors get started in cinema, from writing to editing. True to the documentary genre and mindful to question reality, Elvis Sabin Ngaibino makes the Aka pygmies the subject of his second film, Makongo.

With Makongo, the Central African filmmaker Elvis Sabin Ngaibino tells the story of Albert and André, two young Aka pygmies from Mongoumba who were the laughing stock of students at school but  are now involved in the fight against illiteracy in their community. To combat this type of exclusion, the two activists are seeking to set up a mobile school to educate children.

Without funding, the two heroes opt to sell makongo, the edible caterpillars popular with Central Africans, rather than resort to state or NGO aid. By diving deep into the bush and forest to retrieve the insects, Albert and André use Bangui's culinary culture and traditional business activities to further their end.

Selected in 2017 by the Bangui Alliance française and the Varan Workshops, Elvis Sabin Ngaibino underwent an introductory course in documentary film making over seven intense weeks.

Helped by Daniele Incalcaterra, film maker and trainer at the Varan Workshops, the young documentary maker follows the two heroes of Makongo for six months. He visited Mongoumba four times, camera in hand, while braving rivers and forests for dozens of miles. On his return, his feet devoured by worms, he took up residence at the Locarno International Festival to complete the post-production of his project.

The rebirth of Central African cinema

Elvis Sabin Ngaibino shared many images from his trip to Mongoumba while in Locarno, Switzerland. It was there that he edited his film.

Selected at the Venice Film Festival for the Final Cut section , which is dedicated to supporting the film industry in the countries of Africa and the Middle East, the film maker presented his rushes there and obtained the necessary funding to finalise his project.

Makongo, by Elvis Sabin Ngaibino, was awarded the Cinémathèque Afrique Favourite Prize at Final Cut in Venice in September 2019. The award offers financial support during the post-production stage.