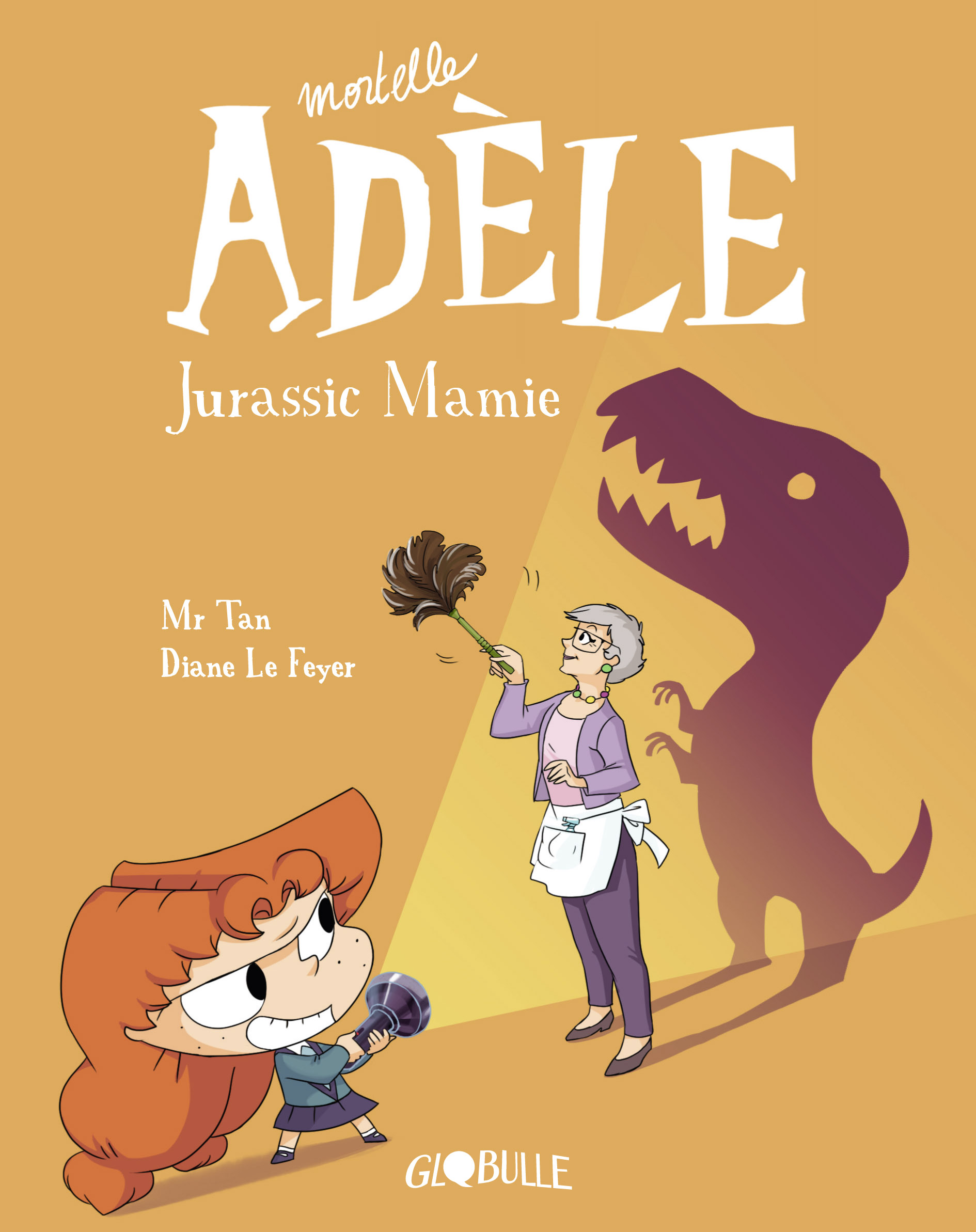 A little redheaded girl has become a comic phenomenon : with her rebellious temperament and disarming outspokenness, Mortelle Adèle has captured the hearts of 8-12 year olds. Its author Mr Tan (Antoine Dole) and its designer Diane Le Feyer develop a funny and wicked world day after day.

At 14, Antoine Dole conjured up Adèle's character and drew the first sketches in his schoolbooks. Born in 1981, the young man first published several « young adult » novels – Je reviens de mourir (I Have Just Died) in 2008 by Éditions Sarbacane – before adopting the pen name of Mr Tan and rediscovering Adèle so that she could tell the story of her adventures.

In 2012, the first four volumes of Mortelle Adèle (Tout ça finira mal or All Ends Badly, L’enfer c’est les autres or Hell Is Other People, C’est pas ma faute or It's Not My Fault and J’aime pas l’amour or I Don't Like Love) were published by Éditions Tourbillon. At first the drawings were done by Miss Prickly until Diane Le Feyer took over from Volume 8 - with the series totalling 16 volumes to date.

Diane Le Feyer began her career in video games and cartoons before specialising in youth publications (she collaborated on the Loulou de Montmartre or Loulou of Montmartre and Stellina series by Bayard Presse) – and, from 2014, entered the world of Mortelle Adèle.

A redheaded little girl with bunches, Mortelle Adèle spends her time tormenting her cat Ajax and firing up her imagination so that she is the one who imposes the rules on her nearest and dearest : on her parents, her beloved uncle, her classmates and her grandmother, who stars in the latest instalment of the series released in 2019, Jurassic Mamie.

Mortelle Adèle explains : « My parents need a bit of time for them, supposedly because I'm too hard to live with...so it's time for vegetables at every meal and my grandma's weird remedies ! » Intrepid and unfiltered, Adèle stands up to the third age...

« I was very shy and there were lots of things I didn't dare say to others », explains author Antoine Dole about the character he dreamt up as a teenager. « To reduce this distance between myself and others, I drew Mortelle Adèle and made her say stupid things. It was a way of making people laugh, making friends and communicating things that I kept a bit too much to myself. »

Mortelle Adèle has become an icon among 8- to 12-year-olds, who appreciate her outspokenness and disobedient temperament. A role model who appeals to girls and boys alike.

With more than 2.5 million copies sold in France, the success of Mortelle Adèle continues to grow and wane, with a series now specifically dedicated to Adèle’s cat, Ajax, and a duet with Aldebert in 2018 (« Poussez-vous les moches ! » or « Push Yourself, Ugly ! »), a quarterly magazine in her name in 2019 (Mortelle Adèle, le magazine interdit aux nazebroques or Mortelle Adèle, The magazine Out of Bounds to Idiots), not to mention stickers, mobile apps and other games.

A French success story,in the pure tradition of popular family comics, which is being exported abroad, notably to Italy.

In 2020, Mortelle Adèle is one of the works honored at the exhibition « The renewal of youth comics ».

This exhibition, supported by the Institut français, provides an opportunity to discover the works of the new generation of French and Francophone comic book authors whose talent is recognised in France and abroad.

Find out more information about « The renewal of youth comics »