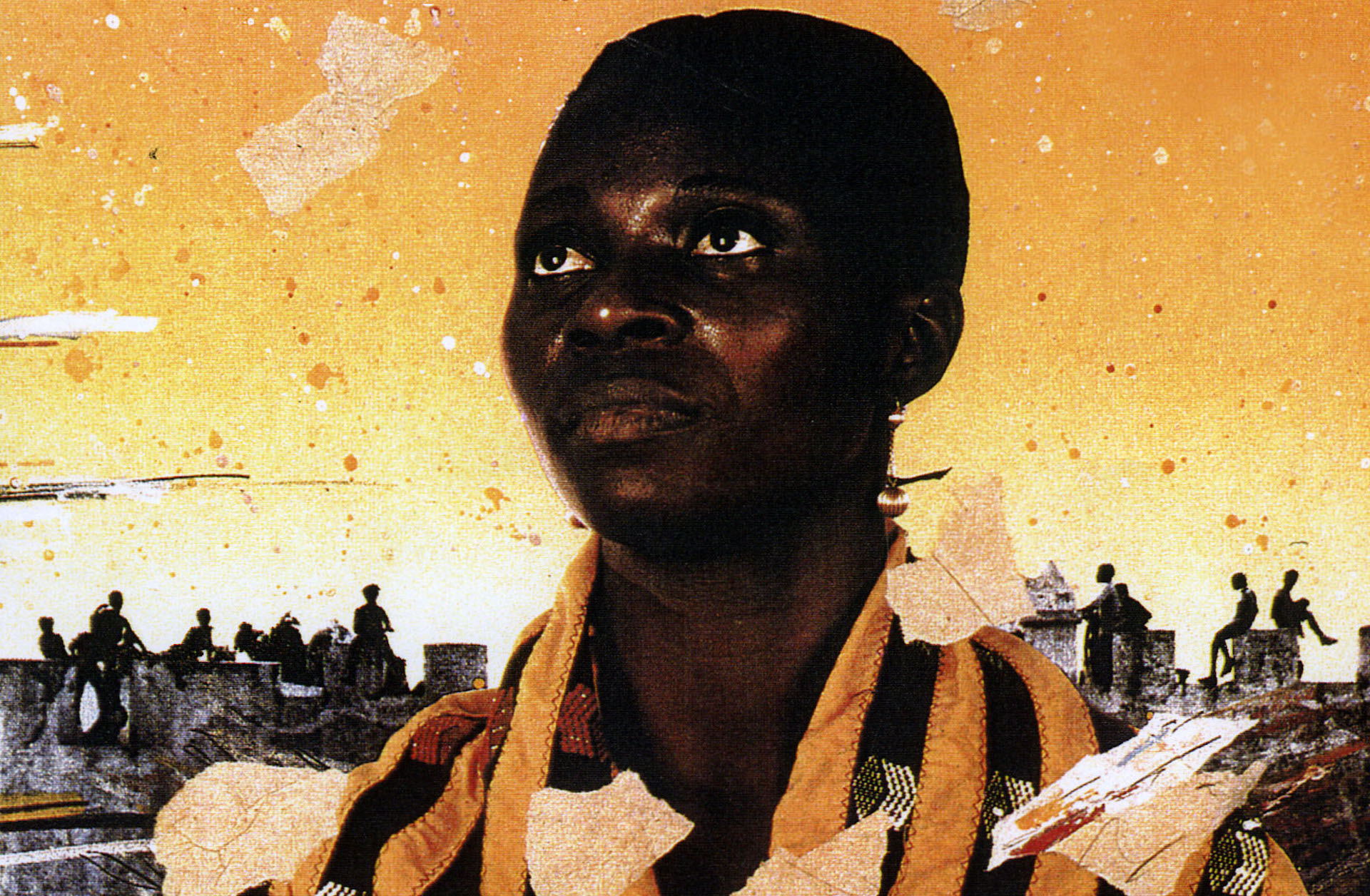 The first feature film by Flora Gomes, released in 1988, Mortu Nega shows Guinea-Bissau in film for the first time as a freed country after a decade of armed combat for its independence. A memorable film that shows Africa’s vitality.

Born in 1949 in Guinea-Bissau, Flora Gomes is one of the most renowned film-makers in Portuguese-speaking Africa. He came from a poor and illiterate background, and grew up under the dictatorship of Salazar. In 1972, he left to study film-making in Cuba, then continued his training under the guidance of the documentary maker and critic Paulin Soumanou Vieyra, in Senegal, and Chris Marker, in Guinea-Bissau, working on Sans soleil with him in particular, in 1982.

He made short films and documentaries after these collaborations, and his first feature film in 1988, Mortu Nega. If film is not considered a priority in Guinea-Bissau, the director remains concerned with filming in his country, from Yeux Bleus de Yonta (1992) to Po Di Sangui (1996), despite the lack of means and many propositions to work abroad.

A pioneering figure of African film since the screening of Po Di Sangui at the Cannes Film Festival in 1996, Flora Gomes was made Chevalier de l’ordre des Arts et des Lettres (Order of Arts and Letters) in France in 2000.

A country in conflict

When Flora Gomes presented Mortu Nega (literally meaning « Death Denied ») in 1988, Guinea-Bissau had started its progress towards independence 25 years earlier. Devastated by a decade of armed conflict, from 1963 to 1974, the country was considered to be one of the smallest and poorest in Africa.

In Mortu Nega, we find the film-maker's interest – already evident in his short films and documentaries – in his country’s history at the time of liberation from the Portuguese stronghold. Flora Gomes follows Diminga, the wife of a fighter she hasn’t seen for years and who she decides to join. Through this tale, the film-maker shows how women take part in the fight for independence but also the instability of a country that is now at peace but still fighting, rebuilding itself on a human level and economically.

The importance of music

Considered to be the first Bissau-Guinean docudrama, Mortu Nega gives music a significant role from its outset. Dance and music, fundamental elements of African culture, are self-evident in the work of Flora Gomes, keen to represent his country’s values.

With its united singing and religious ceremonies, the film sounds like a funeral address on love and war. Two pioneers and precursors to the Bissau-Guinean music of today, Sidonio Pais Quaresma and Djanuno Dab, provided the film’s soundtrack.

Mortu Nega shows what the new free Guinea-Bissau looks like for the first time, by singing the praises of the survivors. Flora Gomes uses film as a political tool and gives a scrupulous painting of the fighters and civilians to those in the West, who knew nothing about the country’s history at that time. A way to create awareness of Africa’s vitality to the whole world.

Mortu Nega was very well received by western critics, and introduced Flora Gomes to the whole world. With this historic tale, the director embodies the prestige of African film, and its role with generations looking for identity.

Mortu Nega, by Flora Gomes (1988) has been screened internationally by the Institut français.

The Institut français, together with the Cinémathèque Afrique, offers a catalogue of over 1,600 African films from 1960 to the present day.

Learn more about the Cinémathèque Afrique