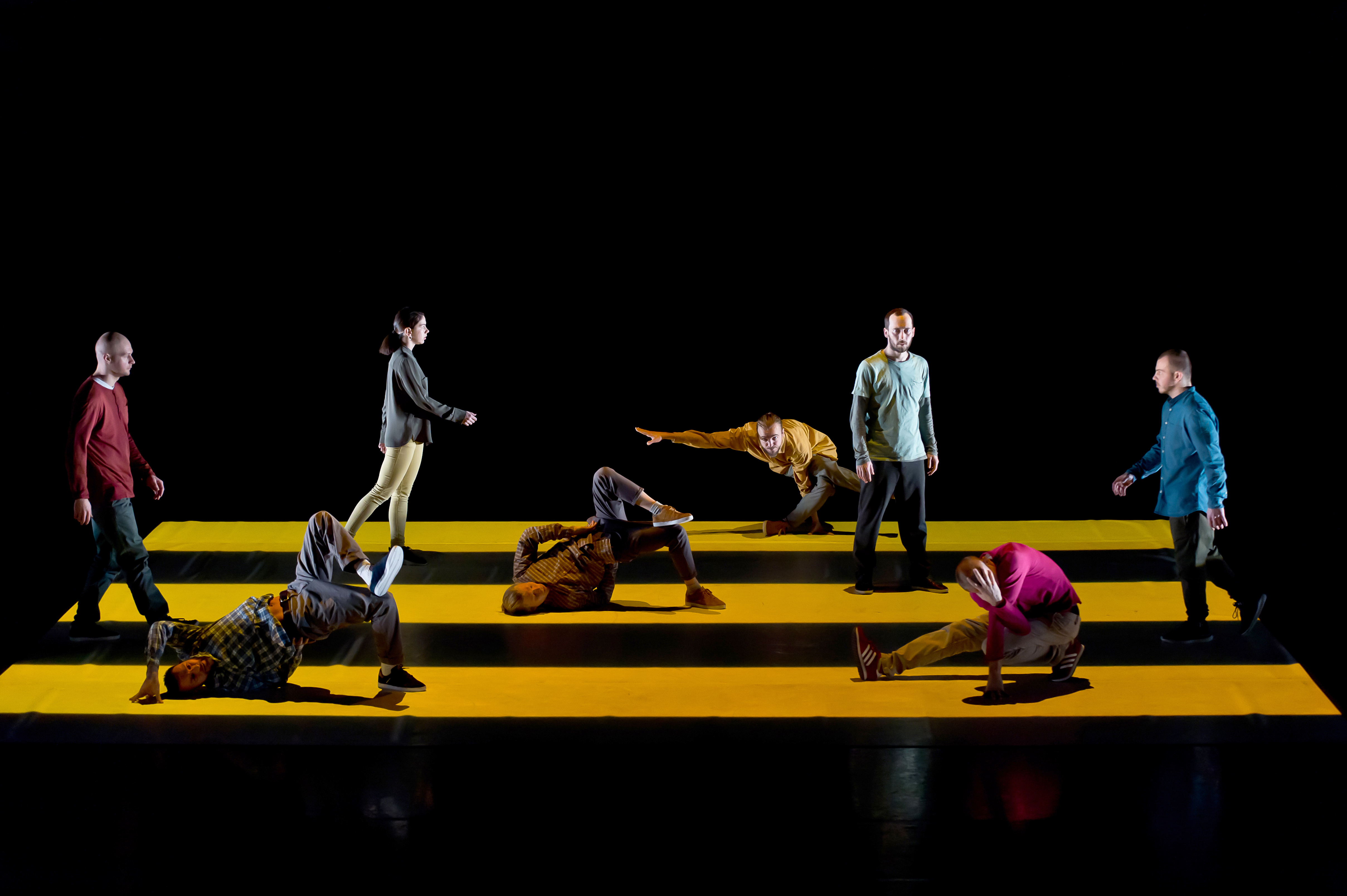 Motion, by the Zahrbat company

By working with Ukrainian dancers accustomed to hip-hop battles, Brahim Bouchelaghem has created a work that combines the energy of improvisation with the rigour and poetry of choreography.

Born in 1972, Brahim Bouchelaghem breakdanced for 12 years before participating in the Battle of the Year in 1996. There he was spotted by Farid Berki, who asked him to join the Melting Spot company. He danced with that group for two years before joining Mourad Merzouki’s Käfig Company. In 2007 he founded the Zahrbat company, using the name of his first solo piece (Zahrbat, 2004).

Fed by many influences outside hip-hop, the choreographer works with Bartabas and Carolyn Carlson, who calls him a “poet,” and incorporates jazz into his creations, as in Tracks (2012) or the imagination of fairy-tales, as in the children’s show CRIIIC! (2016).

The screen at the centre of the stage

In Motion (peremishchennya), 11 Bboys and 2 Bgirls perform for an hour in an 8 x 8 meter square, which acts as a screen on stage for light effects– a representation of the smartphone screens where people watch dance videos.

This process allows Brahim Bouchelaghem to create on- and off-screen effects (in and outside the square) while mixing hip-hop movements with images that question our modern lives, like transitions and editing similar to those in YouTube videos or films.

Brahim Bouchelaghem had already worked with one of the Motion dancers, Oleksy Bulgakov (Bboy Robin) from Ukraine, for his last show Davaï in 2010. It was he who selected the other 12 dancers, considered the best breakdancers in Ukraine.

Although they are more used to improvisation and dance-battles than a choreographer’s direction, Brahim Bouchelaghem was able to take advantage of these contrasting methods and involved them in creating the show. It combines their personal stories and aspirations, the poetic expression of choreography and the virtuosity of breakdance.

To create the show, Brahim Bouchelaghem chose to work with the dancers in Kiev rather than bring them to France. After preliminary work on the stage space, they met between September 2016 and February 2017 for several periods of residency, during which they also worked with the Ukrainian composer R. Roo and the French videographer Mr. Nuage.

The show’s première took place in February 2017 at the National Theatre in Ukraine before a tour around that country in April 2017. In December 2017, Motion (peremishchennya) was performed in France. 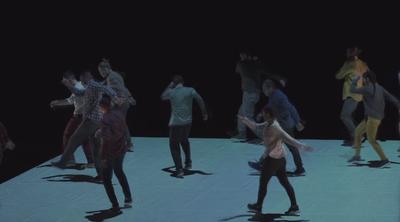 Motion, a Franco-Ukrainian creation, toured in France in December 2017 with the support of the Institut français in partnership with the City of Lille.