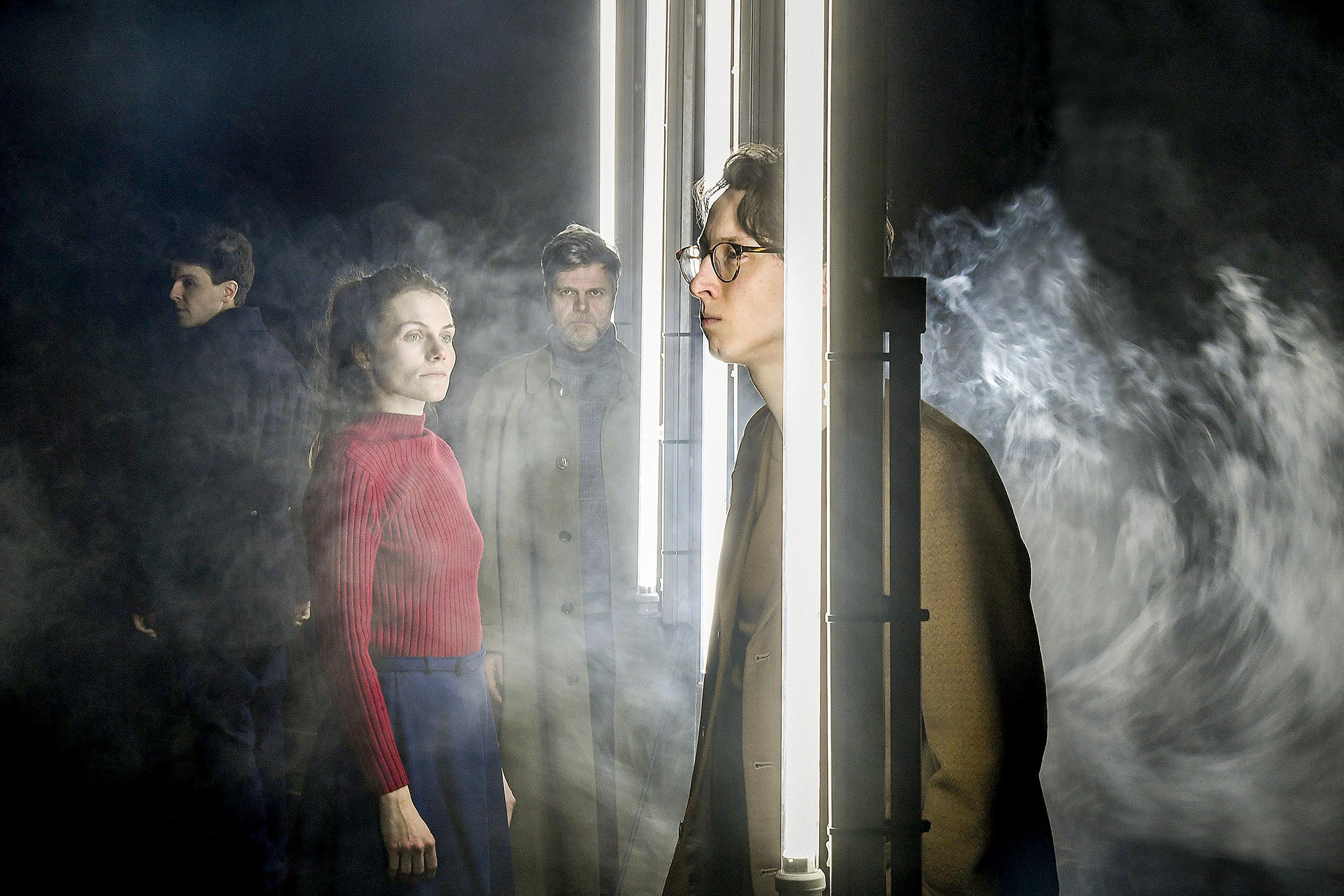 After attending École Normale Supérieure, where she studied acting and theatre, Camille Dagen continued her studies at the National Theatre School in Strasbourg. It was there, in 2014, that she met the set designer Emma Depoid, with whom she formed a relationship that was both friendly and artistic, and which culminated in the creation of the company Animal Architecte in 2017.

In that collective, where each member has a distinct speciality - staging and acting for Camille, scenography for Emma - they develop Durée d'exposition (2018).

This composite show, a subtle assemblage of performances in which Racine and Céline Dion shed light on the mechanism of separation, opens the way to two new experiments: Bandes in 2019 and Mutmassungen (Conjectures) in 2020.

The show Mutmassungen (Conjectures) is an adaptation of a novel by Uwe Johnson, Speculations over Jakob (the border), published in 1959, a fragmentary investigation of the death of a roadside railroad between a political novel and an avant-garde work.

To render all the complexity of a narrative combining inner monologues and poetic outbursts, Camille Dagen has chosen to use the word “Conjectures”, the German translation of which includes the notion of “courage” (“Mut”).

This is not Camille Dagen’s first adaptation. Durée d'exposition, a reflection on break-up, based its scenography and dramaturgy on the instructions found in a photography manual. Exaltedly questioning the link between subversion and friendship, Bandes drew on Greil Marcus’ historical book Lipstick Traces.

Mutmassungen (Conjectures) extends this approach, deploying the singularity of a piece of writing on stage, whether literary, theatrical, cinematic or historical.

From France to Germany

In 2018, Camille Dagen presented Durée d'exposition as part of Fast Forward, the European Festival of Young Directors in Dresden. The play was commended as both the Audience’s Pick and Jury’s Pick - the latter coming with an invitation present another creation in one of the subsequent seasons. It was in this context that she was due to return in 2020 with Mutmassungen (Conjectures).

In the context of the Covid-19 Coronavirus pandemic, Institut Français wishes to continue offeringyou portraits, meetings with creators fromall walks of life, works and portfolios. We hope these few pages will bring some breathing space back into an everyday shaped by lockdown.

Mutmassungen (Conjectures) by Camille Dagen is supported in 2020 by the project support Théâtre Export.

Théâtre Export, is an international cooperation programme created in 2014 by the Institut français with the support of the Ministry of Culture and Communication, it supports French directors in theatrical productions abroad with the permanent actors of a theatre or in partnership with an international company or festival.

Find out more on the Théâtre Export programme