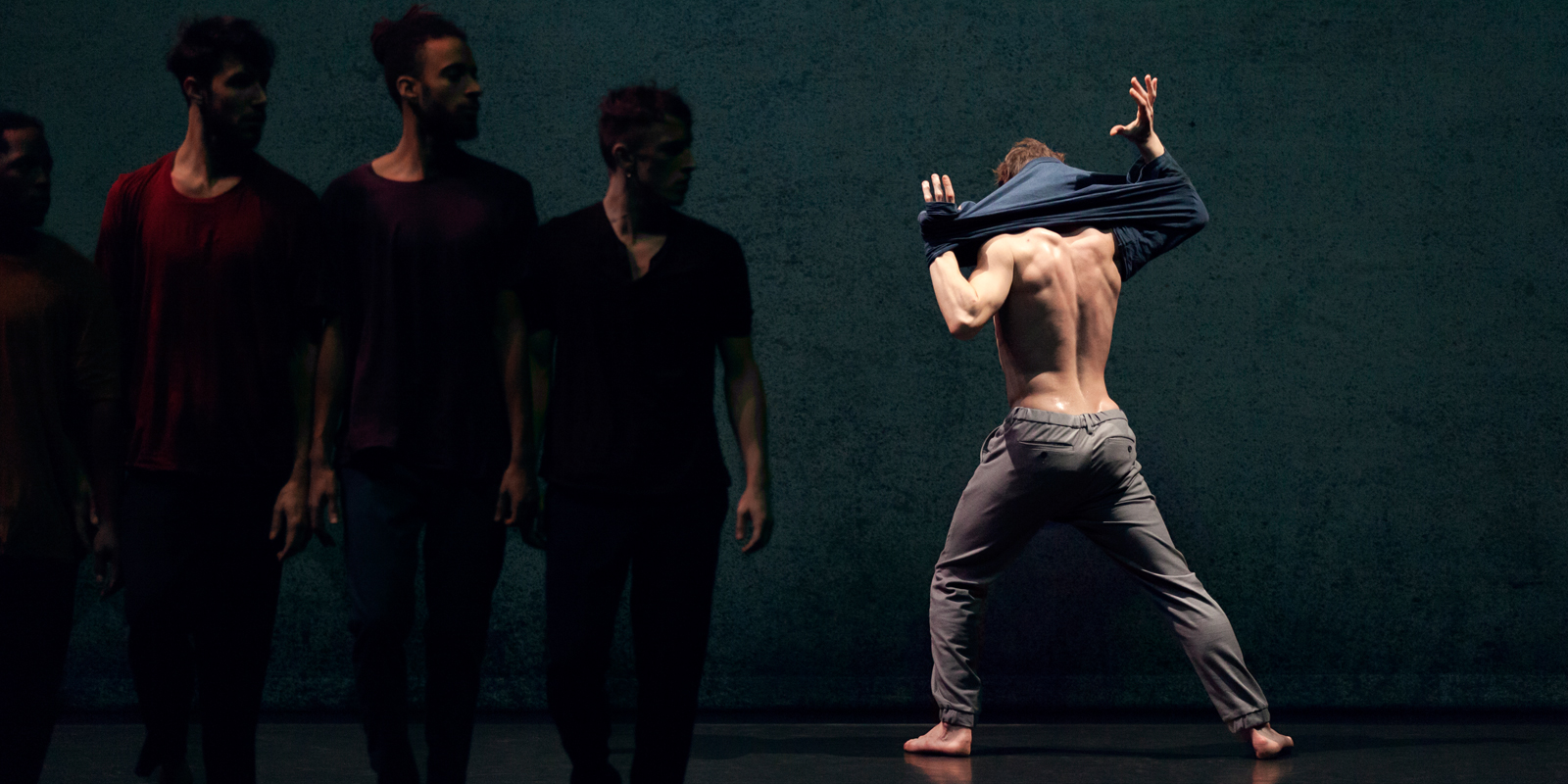 A blend of cultures

Born in Morocco and having moved to France in 1983, Fouad Boussouf founded the Massala company in 2010. Based in Val-de-Marne, the company is deliberately committed to blending cultures: it combines hip-hop, traditional dance and contemporary circus.

Seven dancers from different backgrounds stand before us. They shuffle against the wall, their back turned to the audience, to the sound of percussion. Then they launch into a never-ending, leaping walk, in a constant to-and-fro. Hip-hop breaks and acrobatic movements enter into a dynamic conversation.

Combining power and sensitivity, they roll their heads and move their always-vibrant bodies gradually towards a trance-like state. The repetitive music sometimes features electronic beats.

A dialogue between Africa and the Wes

The word “näss” means “the people” in Arabic, but it is also a reference to the Moroccan group Nass el Ghiwane (in English, the bohemian people) which expanded popular awareness of Gnawa culture in the 1970s, alongside the hippie movement. Their poetic, anti-conformist texts earned members of the group several stints in prison. The group Nass el Ghiwane  paved the way for the emergence of Moroccan rap, which features socially-aware writing and echoes the American strain of the genre.

Näss fosters exchanges between the syncretism of hip-hop dance and the mysticism of the Gnawa tradition. Fouad Boussouf, the Massala Company's choreographer, added Taskiouine dances from the High Atlas region and Reggada from northern Morocco, as well as the Ahidus of the Middle Atlas.

The Massala company has enjoyed significant international success with Näss.

The work manages to create an intimate connection with its audiences, whether in France or elsewhere in Europe: it was performed in 2018 in Poland at the International Dance Theater Festival, in 2019 in Italy at the Teatro Rossini, and in 2019 in China at the Beijing Dance Festival.

The show Näss by Fouad Boussouf benefited from the assistance of the IF Tournée project for its tour in Asia.

IF Tournée aims to support international tours by companies or artists based in France which feature at least five dates, either in a single country or across a geographical region (Asia, Oceania, North America, Latin America, Europe, Africa and the Middle East).