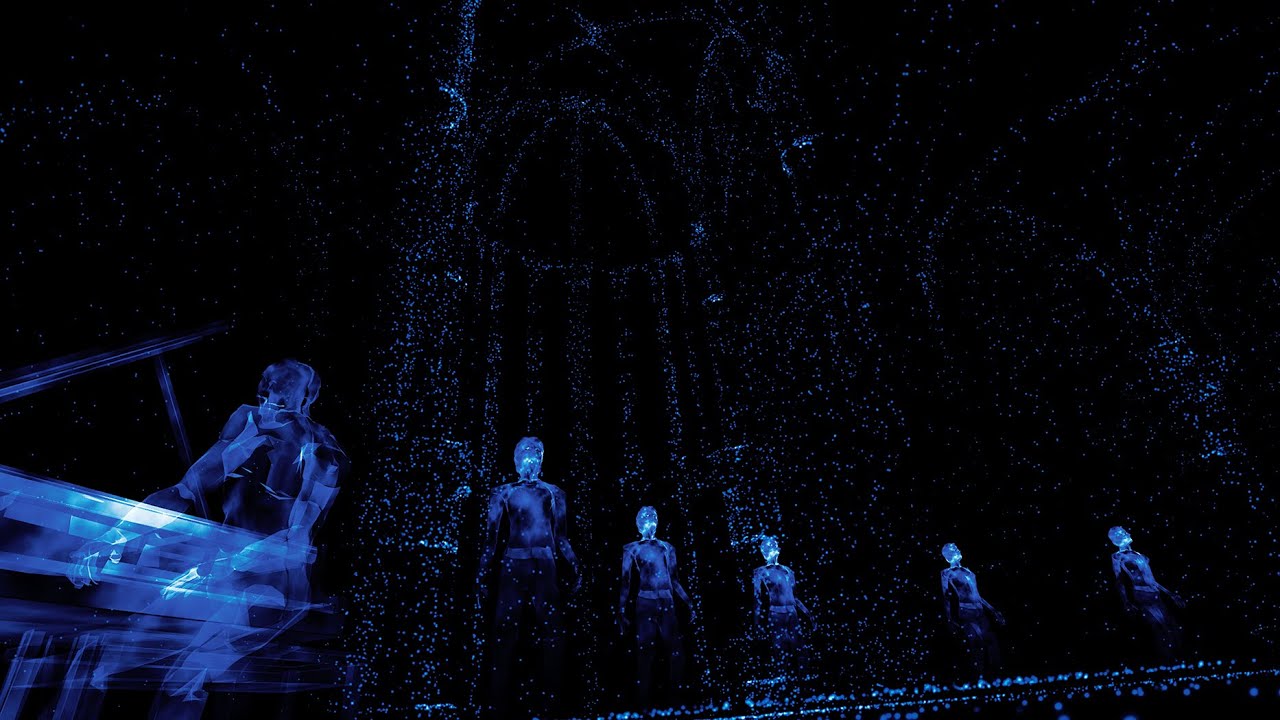 Notes on Blindness: Into Darkness, by Arnaud Colinart and Amaury La Burthe

The Notes on Blindness interactive virtuality experience: Into Darkness was directed and produced by Arnaud Colinart and Amaury La Burthe. It goes with the eponymous feature-length documentary directed by Peter Middleton and James Spinney.

Arnaud Colinart is an artistic director and was a producer at Agat Films before co-founding Atlas V, a production company specialised in virtual reality. He has worked on the multi-award winning game Type: Rider (2013) that goes recounts the history of typography in a fun and interactive way.

Amaury La Burthe is a sound specialist in innovative technologies. He has been head of Novelab founded in 2013, a company specialising in interactive and immersive productions. He worked as creative director on the films Unrest (2017), and -22.7°C (2019).

The experience of blindness

Notes on Blindness: Into Darkness is an 7-minute interactive virtual reality experience that tells the story of John Hull, theology professor and writer, who gradually went blind until he became completely blind in 1983. In an intimate audio diary, the professor documents his new perceptions and sensations, making up a unique account of this major change. The film and VR experience are based on the sixteen hours of original recordings John Hull left.

"A world beyond vision"

In this work, Arnaud Colinart and Amaury La Burthe wanted to relate what John Hull called “a world beyond vision”. Initially designed to be an audio project, the two co-designers noticed that blind people do not manage to focus on the experience without visual elements. Virtual reality has established itself as the perfect technology for representing this world. Mechanics of video games and 3D real-time animation associated with binaural audio spatialisation – a technique reproducing natural hearing in three dimensions – enabled a unique cognitive and emotional experience to be created in the world of blindness.

Notes on Blindness: Into Darkness is available in English, French and German. The work has been presented eight times in official selection, particularly at the Sundance film festival, the Future of StoryTelling Festival in New York as well as the Cannes Film Festival in 2016. The same year it won several prizes including the Storyscapes Award at the Tribeca film festival and the Alternate Realities VR prize at the Sheffield Doc/Fest.

Notes on Blindness: Into Darkness is also part of Culture VR: la sélection, a varied offering that showcases the best of French creation in virtual reality intended for distribution within the facilities of the French cultural network abroad or its partners.