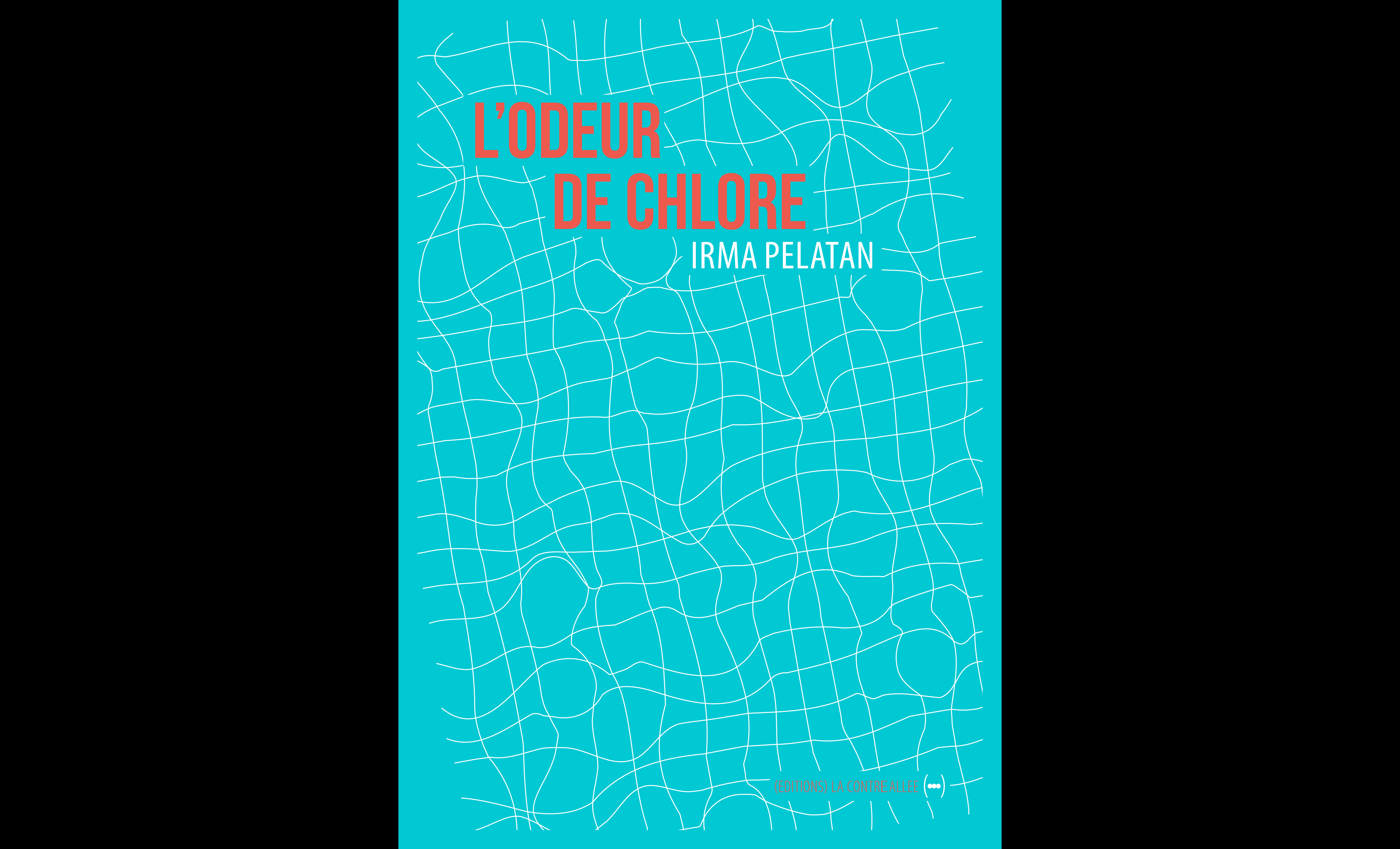 In L'Odeur de chlore (2019), Irma Pelatan returns to a childhood and adolescence enveloped in the sound of the water and the contours of a swimming pool designed by Le Corbusier. From these memories she distils an intimate text that skims the sensations of its narrator.

From the pool to the pen

In her own biography, writer and translator Irma Pelatan cultivates an air of mystery around her origins and story by situating her birth around 1875 and her death under the Tunisian sun in 1957. The daughter of a pied noir, the writer tells us only that she « took shape » in a hospital in Vienne in 2017. Since then, the poetry of water has remained a central theme in her work, imbued with her personal experience as a swimmer.

Between the ages of 4 and 18, she spent most of her free time in the swimming pool at Firminy-Vert, designed by Le Corbusier. The changes to her body are measured in lengths of the pool, as the body of a child gradually becomes that of a woman.

In 2019, she published her début novel, L'Odeur de chlore, with an independent Lille-based publishing house, La Contre-Allée, which champions unique and poetic texts.

Diving into the self

The rolling prose of L'Odeur de chlore recounts the fourteen years the narrator spent in this pool, designed according to the Modulor architectural scale, at Firminy-Vert, near Saint-Étienne.

In less than a hundred pages and four short chapters, the tale forms an introspective dialogue in which the female self-collides with bodily standardisation. Within this space, where shape and form are arranged into a paragon of male perfection, Irma Pelatan unpacks the conflicting emotions of a young athlete confronted with puberty and the first signs of her femininity.

Going with the flow

In her first, largely autobiographical work, Pelatan skilfully employs a graceful, pared-back style that is perfectly in tune with this intimate examination of her memories. By going back in time and over her hours of training, she recounts the sensations and recollections of a body undergoing profound change. The sustained pace of the text evokes the physical performance, reopening the gaping wounds in her soul and the persistent sense of seeing her outer body escape her.

Through this, the author is able to subtly relate the cruelty she suffered, which plunged her into depression and obesity until she was reborn through writing.

L'Odeur de chlore has been widely acclaimed since its publication. Shortlisted on many occasions (Prix Grains de Sel, Prix [du métro] Goncourt, Prix Emmanuel-Roblès), it won the 2019 Prix Hors Concours. Awarded by a panel of 400 readers and professionals, every year this prize highlights a French-language text by an independent author and publishing house.

Continuing her quest for experimentation, in September 2019 Irma Pelatan embarked on an original artistic performance at the Correspondances de Manosque festival. Flirting with surrealist literature, she put on a « multi-sensory » performance based on the reading of letters sent to Clipperton, a desert island that strangely has its own postcode.

The Institut français is a partner of the Académie Hors Concours. The prize-winning works are broadcast on Culturethèque. Culturethèque users are invited to read the proposed excerpts and vote online for the winner.