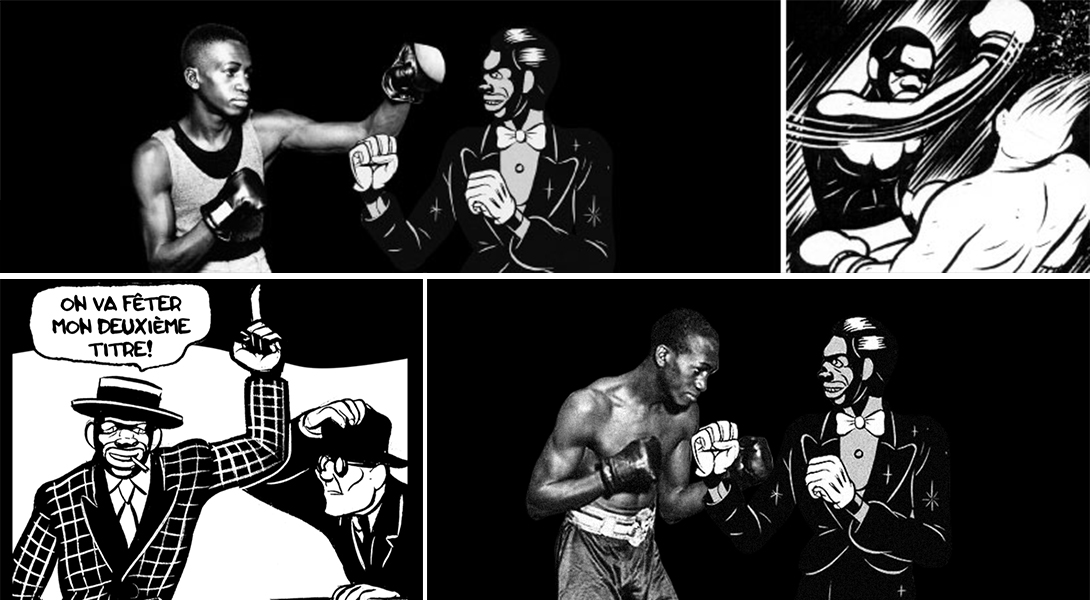 Arte launches an interactive graphic novel which blends fiction and documentary in an unprecedented format, available exclusively on smartphones. It tells the little-known story of Panama Al Brown, a gay, black Latin American man who was a boxing world champion in the 1930s.

Camille Duvelleroy is a screenwriter and creator of interactive stories, specialising in transmedia projects. She experiments with new forms of writing for documentary, fiction, gaming, social media and virtual reality projects.

Broadly inspired by the eponymous novel by Eduardo Arroyo, Panama Al Brown is the result of a fruitful collaboration and synergy between Camille Duvelleroy, the author Jacques Goldstein — whose work often focuses on the relationships between black and white cultures, exile and creation — and cartoonist Alex W. Inker — who has written on the relationship between the cinema and comic books.

Panama Al Brown, born Alfonso Teofilo Brown in Panama in 1902, first moved to Harlem (New York, USA), then to Paris, where he soon became the first Latin American boxing world champion. Panama Al Brown is a dandy who loves the Parisian nightlife, an occasional artist and musician, friend of Joséphine Baker, Coco Chanel, and even muse and lover to Jean Cocteau. The comic book transports us into his daily life, through a reporter who seeks to reveal the unknown story and extraordinary destiny of this champion who died in obscurity in 1951.

Designed for smartphones, Panama Al Brown features a series of vignettes made up of black and white graphics paired with archival photos, video excerpts, and original soundtracks. A digital creation halfway between a book and a videos, this unusual comic strip explores other forms of writing in a format adapted to today's modes of cultural consumption.

Against racism and homophobia

Panama Al Brown offers readers an entertaining experience while allowing them to discover the forgotten story of a great sports champion whose battles went far beyond the ring, as he constant struggled against the virulent homophobia and racism of his era.

From Panama to France to New York, crossing borders, achieving successes, and making money all failed to exempt Panama Al Brown from the discrimination he suffered throughout his life. A sad and beautiful story, to be discovered in its original bilingual French/English version.

Panama Al Brown is presented on futurimage, an Institut français platform which offers a panoramic view of cultural innovation in digital creation.