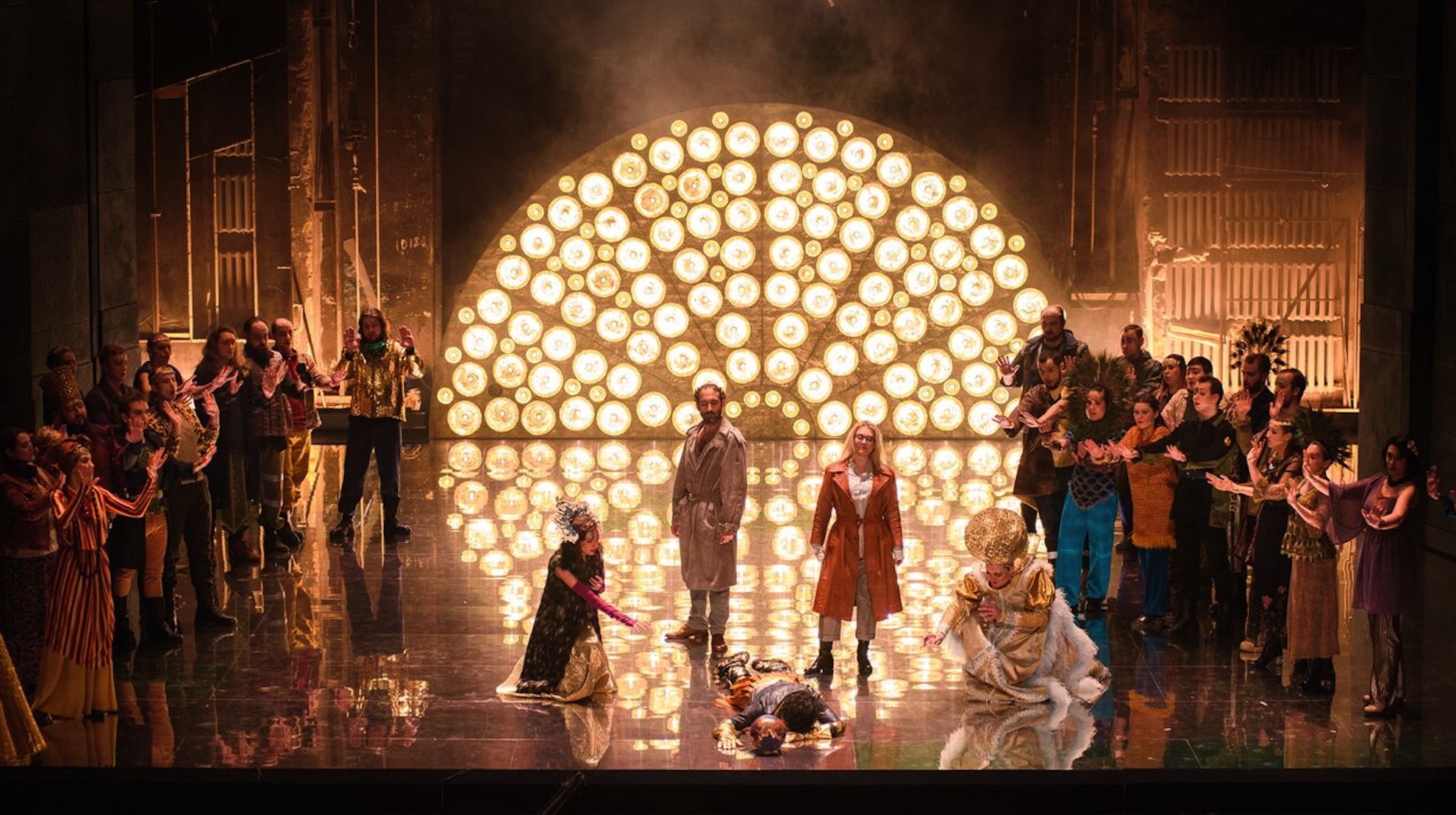 In 1998, conductor Vincent Dumestre founded Le Poème Harmonique, a musical ensemble with which he directs numerous pieces from 17th and 18th century repertoires. In the summer of 2004, he called on the director and founder of the company Théâtre de l’Incrédule Benjamin Lazar to revive, at the Royal Opera of the Château de Versailles, the comedy-ballet Bourgeois Gentilhomme, written by Molière and composed by Florentine composer Jean-Baptiste Lully in 1670.

The result was an artistic collaboration between Dumestre and Lazar, which led them to recreate two lyrical tragedies by the Italian musician: Cadmus et Hermione in 2008, and Phaéton in 2018.

The tragedy of the Sun God’s son

The 8th lyrical tragedy composed in 1683 by Lully based on a libretto by Philippe Quinault, Phaéton addresses the mythological account of the son of Helios, master of the sun’s chariot, who loses control of the team when heading for Earth and ends up struck down by Jupiter.

More than three centuries after the first performance of Phaéton at the Royal Stables of the Château de Versailles, performed on 6 January 1683 under the approving gaze of Louis XIV, Vincent Dumestre and Benjamin Lazar explore in all its depth the tragedy of this mad race, which is interspersed with flamboyant choirs, exhilerating duos and picturesque crossings, against a background of dramatic expression.

This reworking of Phaéton by Vincent Dumestre and Benjamin Lazar follows the success of their previous collaboration on Lully’s first lyrical tragedy, Cadmus et Hermione, recreated in 2008 in a version similar to that of 1673.

With this authentic approach, the two men intend, ten years later, to restore the Baroque aesthetic of Phaéton by sticking as closely as possible to the writing of the Florentine composer.

Speech, gestures, old instruments, chiaroscuro lighting, choice of performers, this requirement for authenticity extends to every artistic area. A stagecraft that unfolds between Vincent Dumestre's powerful musical direction and the tragic inflections of Benjamin Lazar's staging.

When Lully’s Phaéton was recreated by the Poème Harmonique, the avant-garde Greco-Russian conductor Teodor Currentzis provided his friend, Vincent Dumestre, with the Russian musicians from the MusicÆterna orchestra and choir, which he founded in Novosibirsk in 2004.

An ambitious stage adventure that took Lully’s masterpiece from the Opera in Perm, Russia, to the Royal Opera of the Château de Versailles in 2018, for a series of sublime performances.

The Franco-Russian recreation of Phaeton staged in Russia in March 2018 and at the Royal Opera of Versailles in May 2018 was supported by the Institut français.