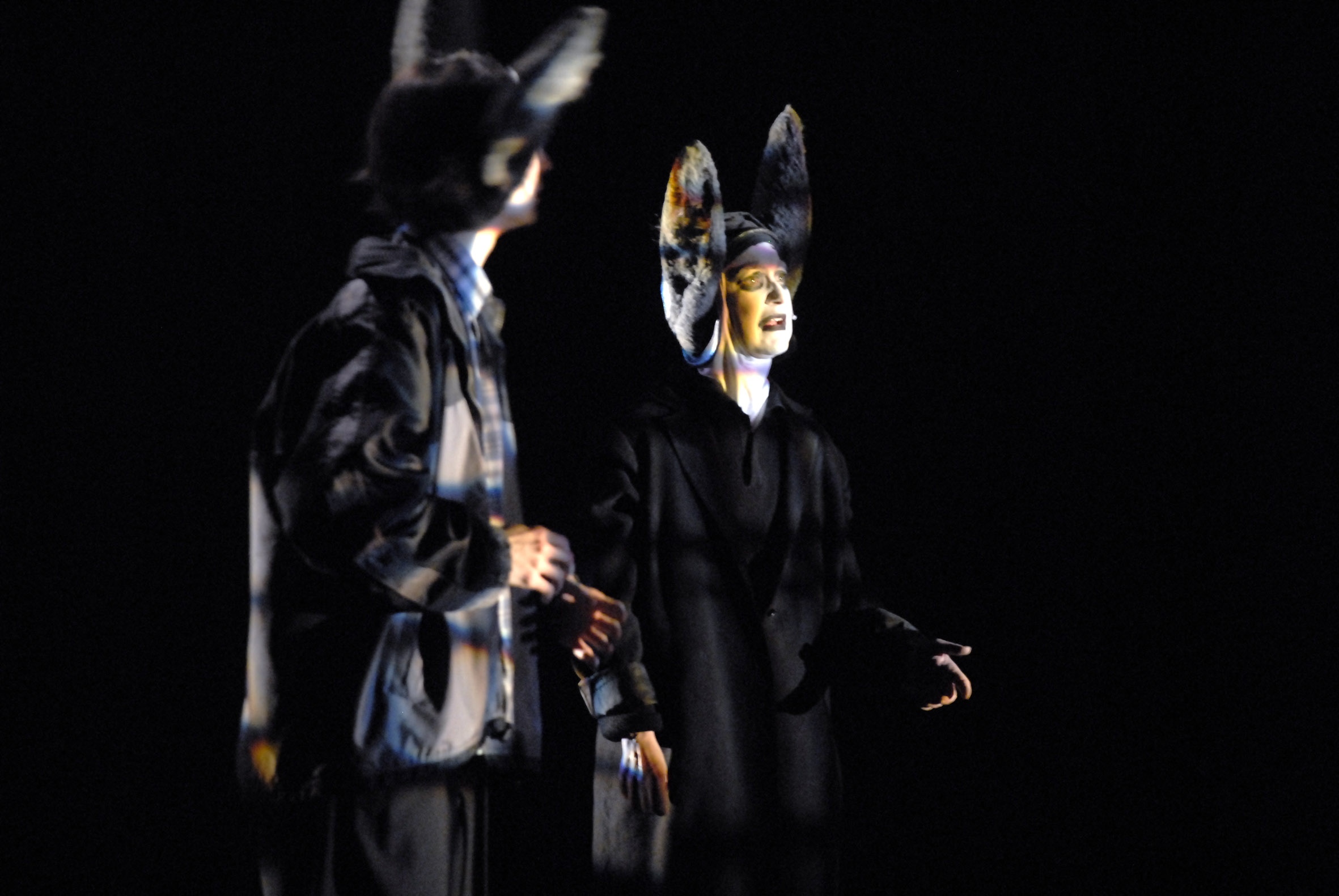 When Joël Pommerat adapts Carlo Collodi's famous tale, the result is a beautiful, dark show, which takes young and old alike on the adventures of the famous long-nosed puppet.

Joël Pommerat is a playwright and a stage director. His dramatic work is based on a devising process undertaken by the actors of the Compagnie Louis Brouillard, which he founded in 1990.

A major figure in French theatre, Joël Pommerat is recognised in particular for his plays addressing important social and human issues, as well as for his work on the fairy tale.

After his Little Red Riding Hood (“Petit Chaperon Rouge”) (2004) and before Cinderella (“Cendrillon”) (2011), in 2008 Joël Pommerat adapted Pinocchio, the famous fairy tale written by Italian writer Carlo Collodi in 1881. His is an updated version which turns the puppet into a child-king in our contemporary world. Born from a piece of wood at the hands of Gepetto, the puppet, naïve and eager for new experiences, grows by suffering through a series of cruel tests.

From the bare stage, a deep and unsettling blackness, slip the ghostly silhouettes of iconic characters from the tale. A show for young and old alike which won the Molière Award for Youth Theatre in 2016.

Free from the original text

Few directors dare modify the original version of Pinocchio by Carlo Collodi. Joël Pommerat regards this respect as "morbid" and willingly frees himself from it, letting his desire to "rewrite by scraping the manuscript, by rewriting over it" roam free. In his production, Mangefeu, the puppeteer, becomes a nightclub bouncer, while Pinocchio is an insolent and brutal child.

This freedom of adaptation is fully in line with the approach of a man who defines himself as a “show writer” and for whom the work of staging and writing are intimately linked.

A tale which captivates the world

Translated across the world, adapted into an animated cartoon, comic strips, and films, Pinocchio has captured the popular imagination of children and adults alike. The success of its adaptation by Joël Pommerat lies as much in the universal value of the story as in the international reputation of the director. Since its creation, the play has toured in Italy, Belgium, Switzerland, Portugal and Taiwan.

While the theatrical version continues to appear on stages, Joël Pommerat created an operatic version for the Aix-en-Provence Festival in collaboration with Philippe Boesmans in 2017.

Pinocchio is on tour in Canada, visiting Ottowa and Quebec, in May and June 2019, with the support of the Institut français.