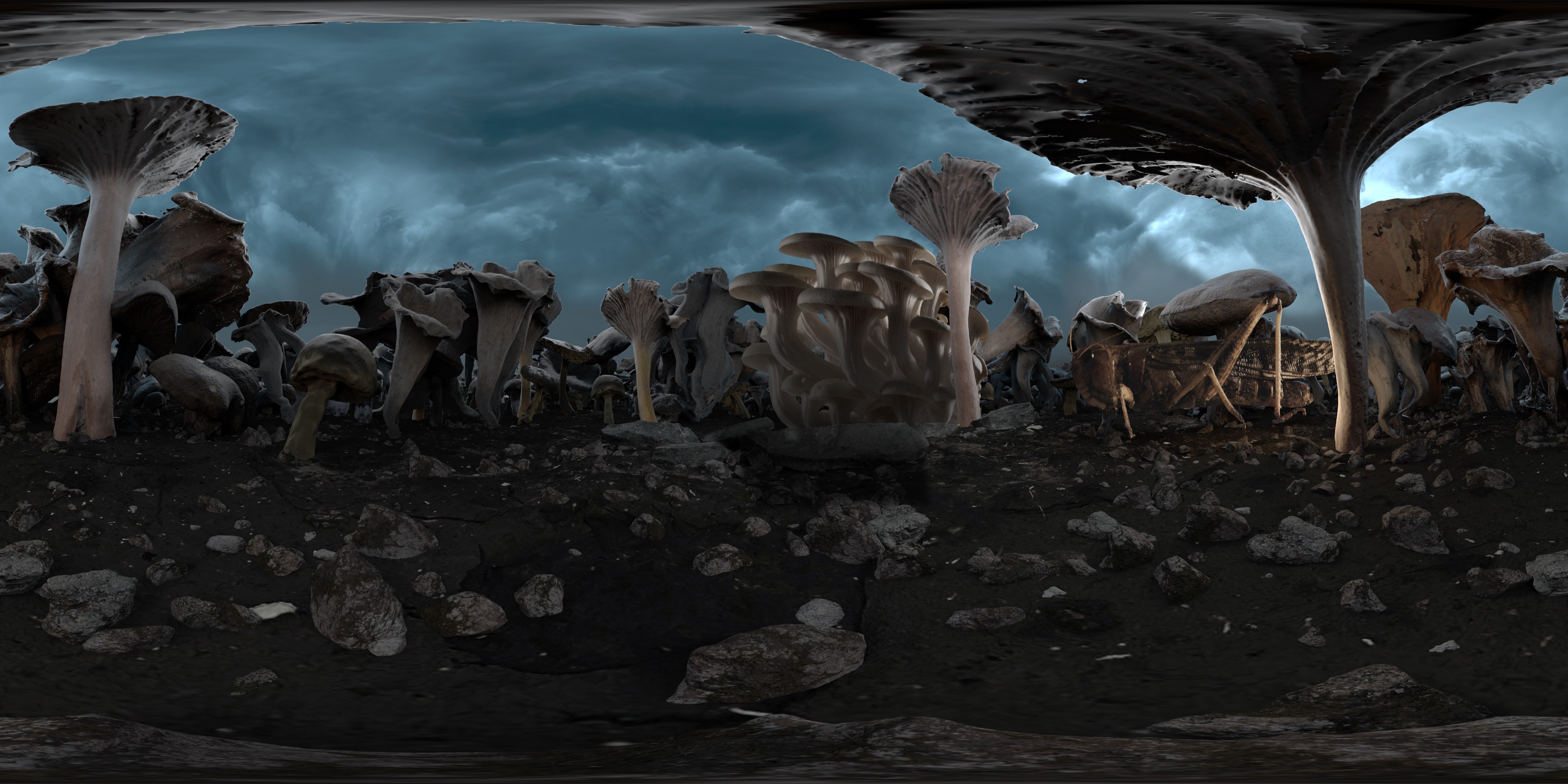 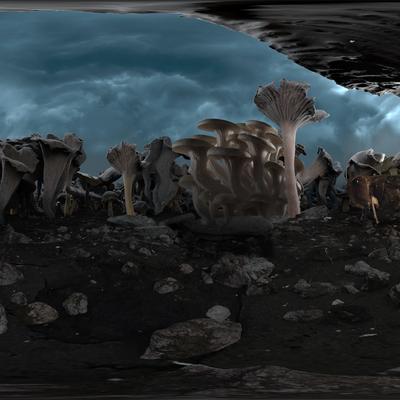 Planet ∞ (2017), by the Franco-Japanese director Momoko Seto, is the fourth film in the Planet series. In this virtual reality experience, the spectator finds themself plunged into a phantasmagoria filled with enormous mushrooms.

Planet ∞ is the fourth episode in the Planet series of short films, in which the director Momoko Seto makes and films planets made of salt crystals, mould or plant shoots. Thanks to techniques like timelapse, she plays on effects of gigantism and acceleration to stage wars between cauliflowers or ballets of insects. In Planet ∞, a planet covered in huge mushrooms and crickets goes through a meteorological upset, setting of a deluge of ladybirds which are then devoured by giant tadpoles. It was filmed entirely in VR, with the spectator moving in an immersive world that’s both familiar and surprising.

The Planet quadrilogy by Momoko Seto, of which Planet ∞ is the last episode, inspired by the animated film Nausicää, by Japanese director Hayao Miyazaki, who staged a world invaded by mould and giant insects. Momoko Seto uses timelapse in this series, a filming technique in which a series of photos taken at different times to create the impression of a short lapse of time. It enables phenomena that are invisible to the naked eye to be seen: crystallisation, spore release, mould developing. The format is voluntarily short, to give the spectator a film that is taken as experience. For the first time, with Planet ∞, the Franco-Japanese director has also used virtual reality.

The mysteries of the Cosmos

Momoko Seto’s short films and documentaries have won awards and been shown in many international festivals. Planet ∞ stages a torrent of rain coming down on a planet made up of huge mushrooms, in a world that is reminiscent of The Shooting Star comic book by Hergé. Momoko Seto thus plays on effects of scale and enlarging to disorientate us more and plunge us into an immersive experience. Planet ∞ thereby provokes wonder, by confronting us to a cosmos that’s both unknown yet so familiar. 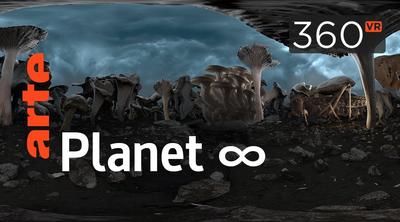 The work PLANET ∞, by Momoko Seto, is part of Culture VR: la sélection, a varied offering that showcases the best of French creation in virtual reality intended for distribution within the facilities of the French cultural network abroad or its partners.