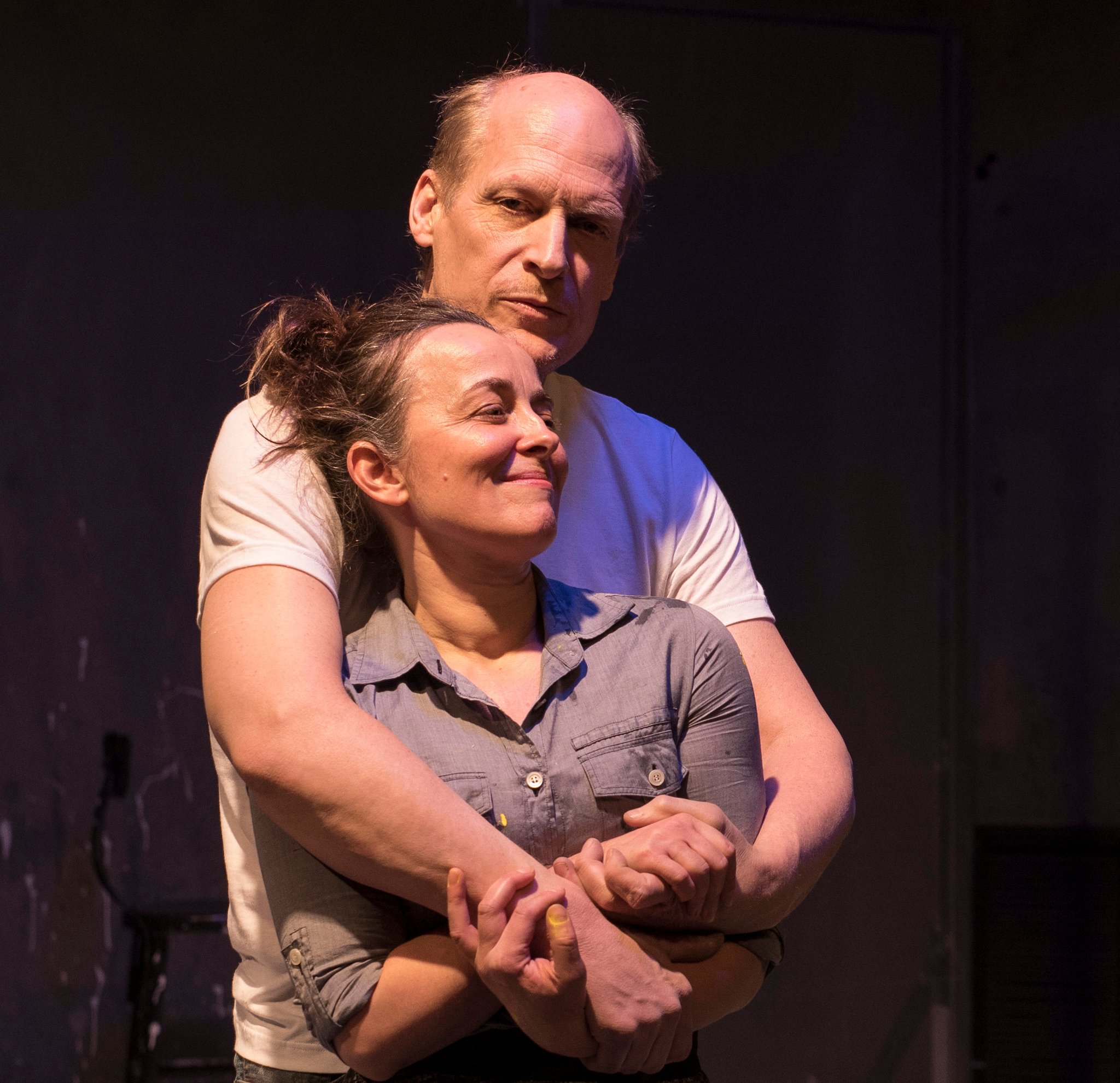 Performed in 2018 at the Abrons Arts Center in New York, Pollock brings the tumultuous duo of the American painter and icon of abstract expressionism, and his partner Lee Krasner back to life on stage.

Recognized in 2008 by the Académie française for lifetime achievement, Fabrice Melquiot, director of the Am Stram Gram Theatre in Geneva, first made his name as a playwright with his plays aimed at children, most notably Bouli Miro, presented at the Comédie-Française in 2003. In the same year, he became a resident writer at the Comédie de Reims and created The Unexpected (“L'Inattendu”) and The Devil Shares It (“Le Diable en partage”).

Paul Desveaux is the director of the Compagnie l’Héliotrope, which he founded in 1997. A jack of all trades, he works on a very wide variety of material, from theatre to dance to circus. In 2007 he directed Les Enfants terribles, a Philip Glass opera.

Together, Fabrice Melquiot and Paul Derveaux are staging Pollock at the Abrons Arts Center in New York in 2018.

Pollock, by Fabrice Melquiot and Paul Desveaux, portrays the intimate life of the leader of abstract expressionism and his partner in the painter’s workshop, evoked through simple staging: paint pots and frames covered in plastic canvas. The text gives renewed importance to Lee Krasner, also a talented artist, who sacrificed her career for Pollock’s.

Rather than painting a portrait of the two artists, the play is interested in the process of artistic creation. Drawing on Pollock’s unique technique – his movement is dance-like when he throws colour onto the canvas – the play offers a highly choreographed staging.

A premiere in France

It was in New York in 1998, on the occasion of the retrospective organised by the Whitney Museum, that Paul Desveaux discovered the work of Jackson Pollock. Fascinated by the artist's canvases, the director imagined an initial stage design for a show dedicated to him. In 2007, he proposed to Fabrice Melquiot that the latter write a text to be staged in France in 2009 at the Maison de la Culture in Bourges.

This creation marked the beginning of a collaboration between the two men. Pollock was the first opus in a series of portraits devoted to American artists: there is also be Pearl, about Janis Joplin, staged in 2013 and Diane, Self-portrait, about the photographer, Diane Arbus, which has yet to be performed publically.

A second version in the United States

A few years after having staged Pollock in France, Paul Desveaux and Fabrice Melquiot, driven by the desire to see their characters portrayed in their native language, decided to try the experiment again in the United States.

The text was translated into English by Kenneth Casler and Myriam Heard and was presented as a staged reading at the French Embassy in New York in 2015. It was a great success and the Abrons Arts Center in New York decided to give the play four performance dates: the American version of Pollock was performed in February 2018 with Jim Fletcher in the role of Jackson Pollock and Brigit Huppuch in that of Lee Krasner.