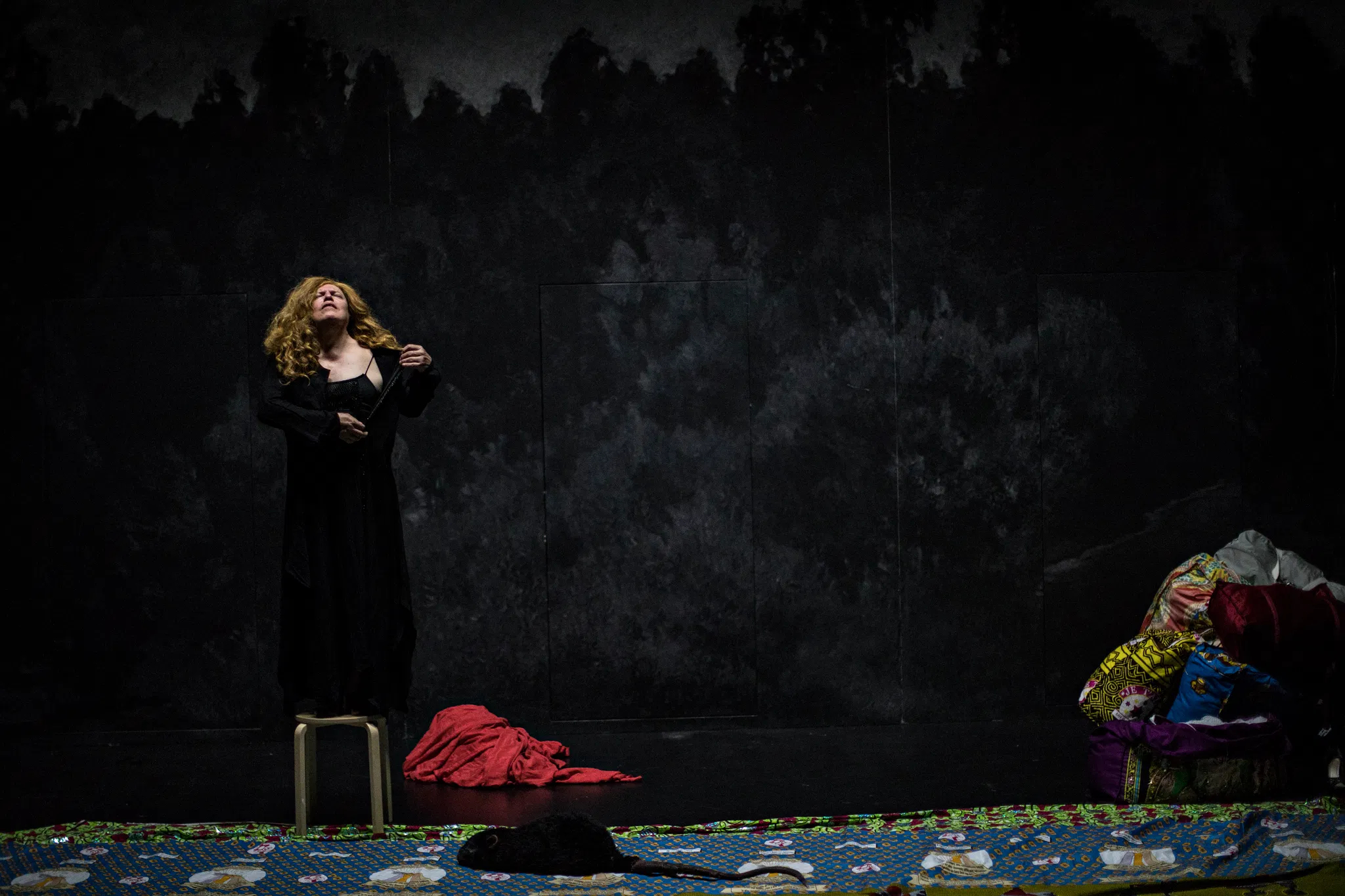 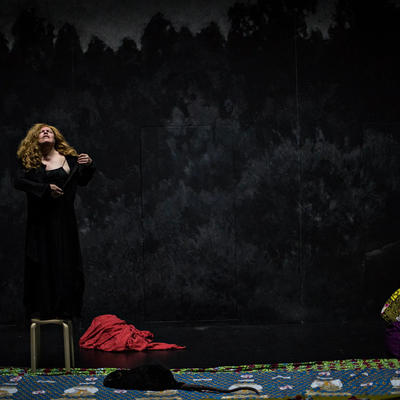 In a scintillating monologue, actor and costume designer Raoul Fernandez unwinds the thread of his life like a novel. A picaresque journey, from El Salvador to France and from Copi to Noureev, enhanced by the refined writing of playwright Philippe Minyana.

A pillar of contemporary theatre

Discovered by Lucien Attoun, who supported him in the Théâtre Ouvert at the beginning of the 1980s and brought most of his texts to radio on France Culture, Philippe Minyana is a contemporary theatre figure. His most famous plays such as Chambres (1986), Inventaires (1987), and La Petite dans la forêt profonde (2008) have been staged under the direction of Alain Françon, Robert Cantarella, and Marcial di Fonzo Bo. A multifaceted author whose repertory extends to opera (Jojo, 1990), monologue and private drama have pride of place in his work. These two motifs are at the heart of Portrait de Raoul (2018).

Raoul Fernandez was born in El Tránsito, El Salvador. He was a boy, but his mother, traumatised by the deaths of her two previous sons, loved him like a daughter. His life is a novel that he performs alone on stage surrounded by symbolic props: the colourful fabrics of his seamstress childhood with “Mama Betty”, the blond wig worn by Copi on a rehearsal day, etc. Through the course of Raoul’s life of wonderful encounters unfold thirty years of contemporary stage history, from Noureev to Nordey. It’s also a tender ode to a life lived by a man who has always freely chosen his path.

A meeting, a trio

The creation of Portrait de Raoul hinged first and foremost on the meeting of author Philippe Minyana and actor and costume designer Raoul Fernandez. Both are stage figures. They regularly met on projects until the day Fernandez asked Minyana to write a piece for him. The author was enticed by the costume maker’s life and saw in it the perfect material for a new monologue about his favourite motifs, intimacy and the search for oneself. For the Portrait de Raoul puzzle to be complete, they needed a third piece. This was to be director Marcial di Fonzo Bo, a fellow traveller of Raoul’s and Philippe’s, who included the text in his “Portraits de vie” gallery.

In creating “Portraits de vie” at the Comédie de Caen – a series of plays dedicated to exceptional characters in everyday life – Marcial di Fonzo Bo stated his ambition to create wandering works, intended to travel all over the world. Raoul’s unprecedented journey, taking the viewer from El Tránsito to Paris, by way of Seoul and Berlin, lends itself particularly well to travelling outside of Normandy. It has also been picked up in several South American countries: Colombia, Mexico, and of course El Salvador, flamboyant Raoul’s homeland.

In 2019 Portrait de Raoul was part of La Collection, an initiative created in 2019 by the Institut français to highlight contemporary French creation by offering key, light and modular offerings for the French cultural network abroad.

Find out more about La Collection