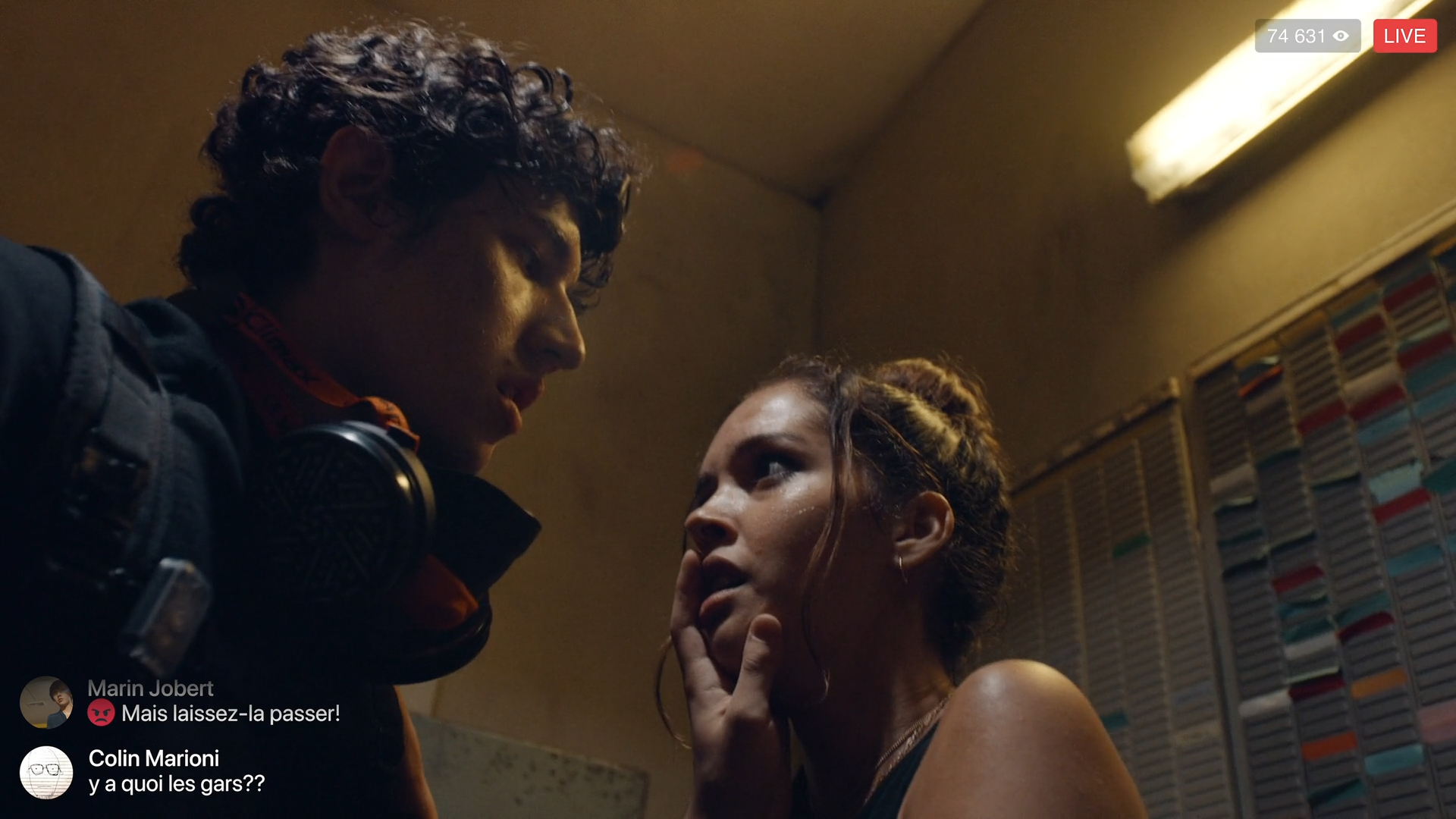 An interactive film where the viewer chooses the narrative: that’s what is promised by République, an innovative cinematic piece that echoes the attacks that struck Paris in 2015. An experience that renews the codes of fiction and rethinks cinema in the age of smartphones.

Author and director of numerous documentary series, Simon Bouisson has written several works of fiction in unconventional formats: Tokyo Reverse in 2014, a 9-hour slow tv experience, and Wei or die in 2015, an interactive feature film written, like République, with his partner Olivier Demangel. He is also credited with the documentaries Génération What (Generation What, 2016) for France Télévisions, and Product (2015) and Dezoom (2019) for Arte. Simon Bouisson won the Best Director Award for his Stalk series at the La Rochelle Festival of TV Fiction in 2019.

A screenwriter who attended the École Normale Supérieure and then Fémis (French National Graduate School of Image and Sound Professions), Olivier Demangel collaborated on the writing for 9 mois ferme (9 Month Stretch) written by Albert Dupontel, who received the César award for Best Original Screenplay in 2014, and co-wrote, among other things, Atlantique (Atlantics) by Mati Diop, which won the Grand Prix at the Cannes Festival in 2019. In terms of series, he is also credited with helping write Seasons 2 and 3 of the Baron Noir series broadcast by Canal + in 2017 and 2018.

An evening of attack

It's 10 o'clock in the evening and the sun sets on the Place de la République in Paris. Two teenagers, Lucie and Rio, launch a live video from their smartphones and as they explore the city's abandoned basements. At the same time, two young lawyers are filming themselves waiting for the underground, when a certain Nora has just left Djibril, who is leaving for work...they don't know it yet, but an attack will connect the fate of all these characters in the middle of the night.

After their film Wei or die (winner of a Fipa d’or in 2016) which, over the course of 90 minutes, followed a student induction weekend that viewers could freely browse from a timeline, Simon Bouisson and Olivier Demangel wanted to extend the generational aspect of their cinema, both in its subject matter and in its design. République thus resonates directly with the attacks of 13 November 2015 that left their mark on what is commonly called the “Bataclan generation”.

The film depicts a nomadic and digital generation travelling through the city, particularly around the Place de la République, not far from the concert hall hit by the attack, and allows the opportunity to follow characters whose fate is bound by this tragic event.

Three narratives, three stories in real time, three Facebook live videos… République is built on a prismatic narrative that borrows the codes, functions and languages of social networks to question the role of technology in the “making” of news and in the communication methods of cosmopolitan, precarious and yet politically powerful youth.

Produced by Cinétévé and Résistance Films, République received support from France Télévisions’ “Nouvelles écritures” platform. It was shown at a few special sessions, as well as at the NewImages festival at the Forum of Images in June 2019 and at Médias en Seine, the first festival dedicated to tomorrow's media.

République by Simon Bouisson and Olivier Demangel is part of the works exposed in Futurimage, a platform which provides a rich panorama of new forms of narrations.