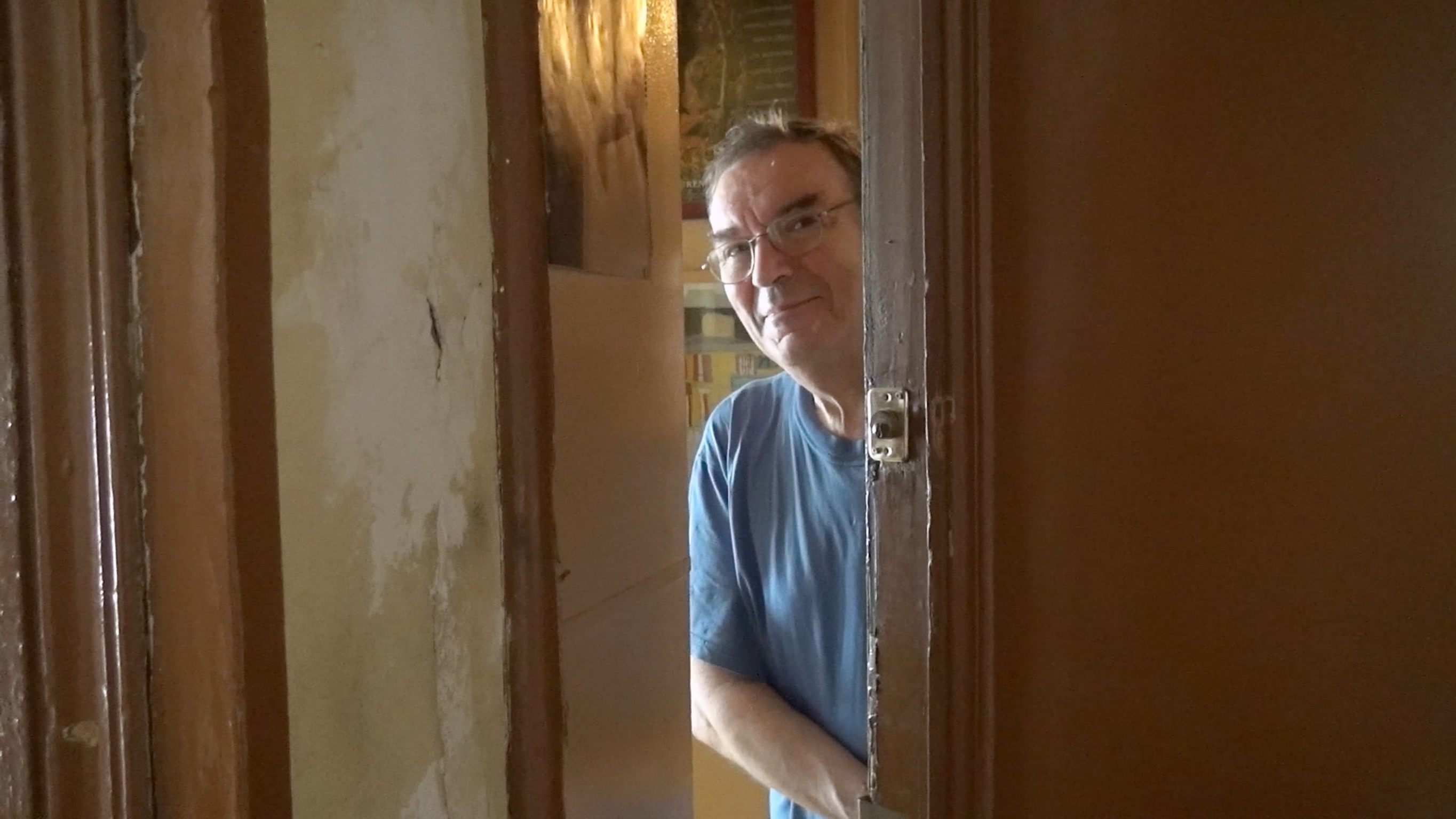 In Six Portraits XL director Alain Cavalier shares his personal films, which focus on people he has followed for sometimes more than a decade. Jacquotte and Daniel, the second part of this series of intimate portraits, is a journey into the world of two obsessives: Jacquotte, the nostalgic, and Daniel, a former film maker battling obsessive-compulsive disorder.

Born in 1931, Alain Cavalier is a major French film maker who has notably received three Césars and the Jury Prize at the Cannes Film Festival in 1987 for Thérèse.

The journey of the director of La Chamade (Heartbeat, 1968) and Pater (2011), could be summed up by the title of one of his most radical films, Libera Me (1993): "Deliver me". By moving from fiction to documentary, the film maker gradually freed himself from all the constraints of traditional cinema. In an abstemious process, he films alone every day with his small DV camera, as if to steal moments from oblivion by creating an almost exhaustive film memory. A compulsive collector of familiar faces, gestures and moments, he is now most certainly defined as a true film maker.

His latest project, Portraits XL: 2 Jacquotte and Daniel (2018) is part of a series of six portraits, presented in pairs.

Just like Alain Cavalier, Jacquotte is obsessed with memory. Fora few hours every summer she visits her childhood home. Since the death of her beloved parents nothing has changed: the faded wallpaper, toy boxes and even post-war food coupons have stood the test of time. While others go to the cemetery to leave flowers on a loved one's grave, Jacquotte has made this building her sanctuary.

Daniel, is like an overgrown boy with OCD, trapped in his bachelor flat filled with old books, old records and a century-old television. He was once a talented film maker, before giving it up. Obsessed with cleanliness, his life is punctuated by rituals - turning off taps, washing his hands several times in a row - and his passion for scratch cards.

The art of avoiding fate

Alain Cavalier was working on a film about his father’s euthanasia with Emmanuèle Bernheim when the screenwriter died of cancer during filming. Very shaken by his loss, Alain Cavalier had the idea of revisiting his newspaper offices which were filmed from 1993. He extracted six 50-minute portraits from his archives which he put together in pairs in three 100-minute XL documentaries, a format more suited to the theatre.

The first double portrait, Léon and Guillaume, brings together the portraits of two shopkeepers, Léon, a shoemaker at the end of his career, and Guillaume, a young baker who dreams of opening his own shop. The second, Jacquotte and Daniel, is perhaps the most iconic of the XL series of portraits because it deals directly with the theme of obsession dear to Alain Cavalier. The third, Philippe and Bernard, is a reflection on the intertwining themes of loneliness and success through portraits of a meticulous interviewer and an actor who acts in his own plays for more than ten years.

With the release of 24 Portraits in 1987 and 1991, Alain Cavalier stopped making fiction films. 30 years later, the format has lengthened, but the Cavalier touch is intact, humble and poetic.

Alain Cavalier received a Vigo d’honneur award for all his work in 2019 and his film Être vivant et le savoir (Living And Knowing You Are Alive, 2019), presented out of competition at the Cannes Film Festival, was acclaimed by the international press.

His immense body of work is studied in film schools around the world, not only for its art of capturing the portrait but also for its unique approach, transposing the Italian arte povera of the 1960s into cinema.

The Institut français is partner of this event which takes place in more than 2000 cultural structures all over the country to promote documentary cinema.