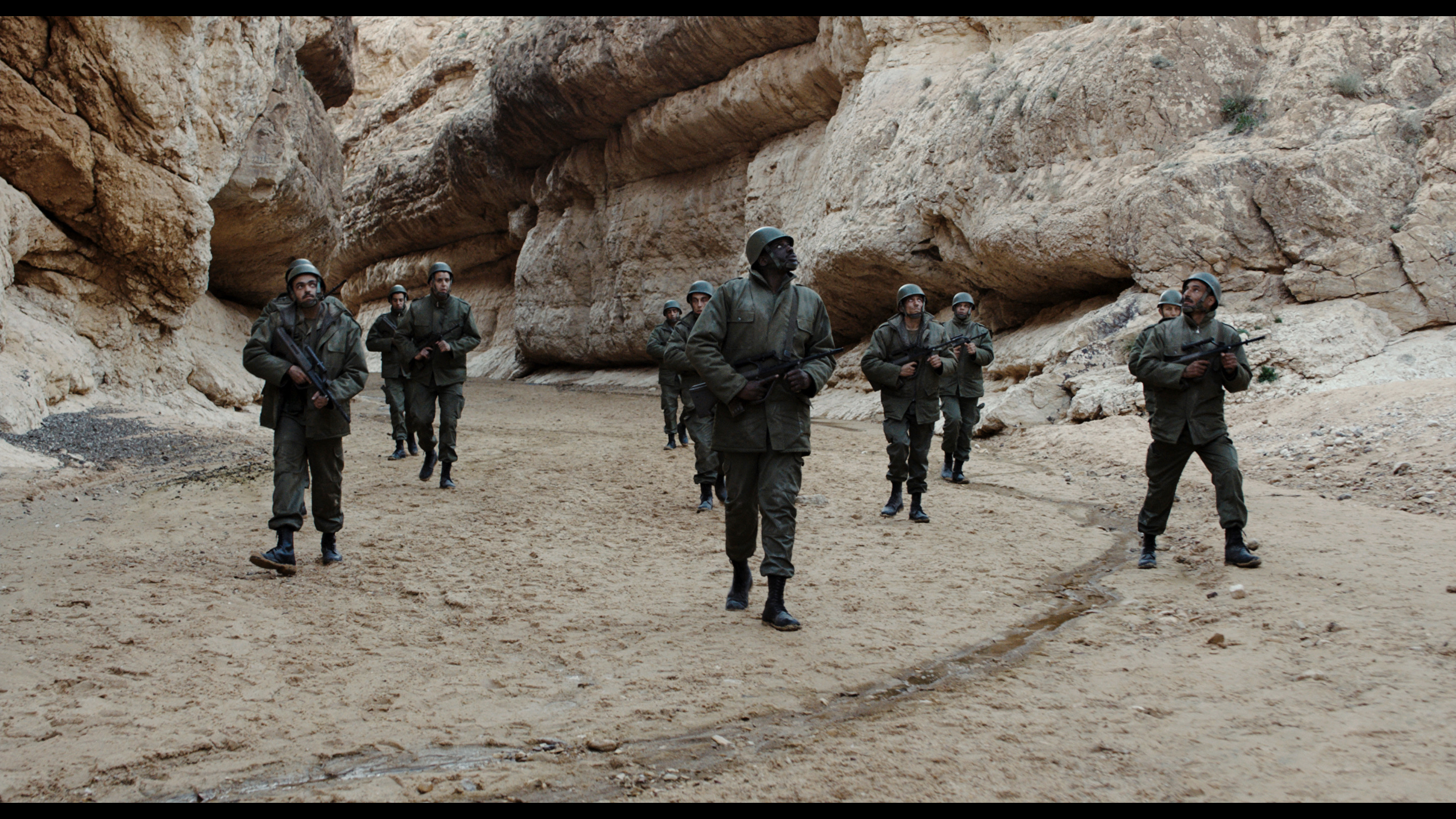 Sortilège (Tlamess) by Ala Eddine Slim

With Sortilège (2020), his second feature film, Ala Eddine Slim extends the visual and quasi-experimental experience of his previous film, The Last of Us (2016). A pantheistic fable that follows the path of a deserting soldier.

Ala Eddine Slim was born in 1982 in Sousse, Tunisia. After graduating in 2004 from the La Manouba Higher Institute of Multimedia Arts, he immediately founded Exit, his production company. He produced his first short film, L’Automne (Autumn) in 2007, then in 2012 Babylon, a feature-length documentary film which he shot with Ismaël and Youssef Chebbi on the border between Tunisia and Libya, where more than one million refugees arrived in 2011.

His first feature film, The Last of Us, which is almost wordless, won the Lion of the Future and the Best Technical Contribution awards at the Venice Film Festival in 2016.

Sortilège was presented at the Directors' Fortnight at the 2019 Cannes Film Festival.

The tale of a deserter

Sortilège tells the story of a young Tunisian soldier who, following the death of his mother, gets a week’s leave… and uses it to escape from the ranks. In the neighbourhood where the deserter is taking refuge a manhunt takes place, prompting the hero to flee into the mountains.

Then a set of dramatic mishaps begins, flirting with experimental film, weirdness and the question of genre. The main subject of Sortilège is the representation of the male in the Arab world, depicted through scenes bordering on fantasy.

Ala Eddine Slim says he burned his script the day before the first day of filming to show that filming could finally begin. Sortilège was thus born from a first writing that, until the end of filming, was constantly evolving into this “patchwork of moments, places, personal things related to an image, a smell, a situation, an encounter, a state of soul,” as the director described his film.

Shooting took place between December 2018 and February 2019, in both the south and north of Tunisia.

While Sortilège features a Tunisian actress, Souhir Ben Amara, an Egyptian musician and actor, Abdullah Miniawy, and an Algerian actor, Khaled Ben Aissa, its director declares that he does not believe “in a cinema that is linked to one particular region”.

Co-produced by his company Exit and, on the French side, by Juliette Lepoutre and Pierre Menahem (Still Moving), the film Sortilège was also supported by the the Aide aux cinémas du monde (Aid for World Cinema) programme and the Berlinale World Cinema Fund.