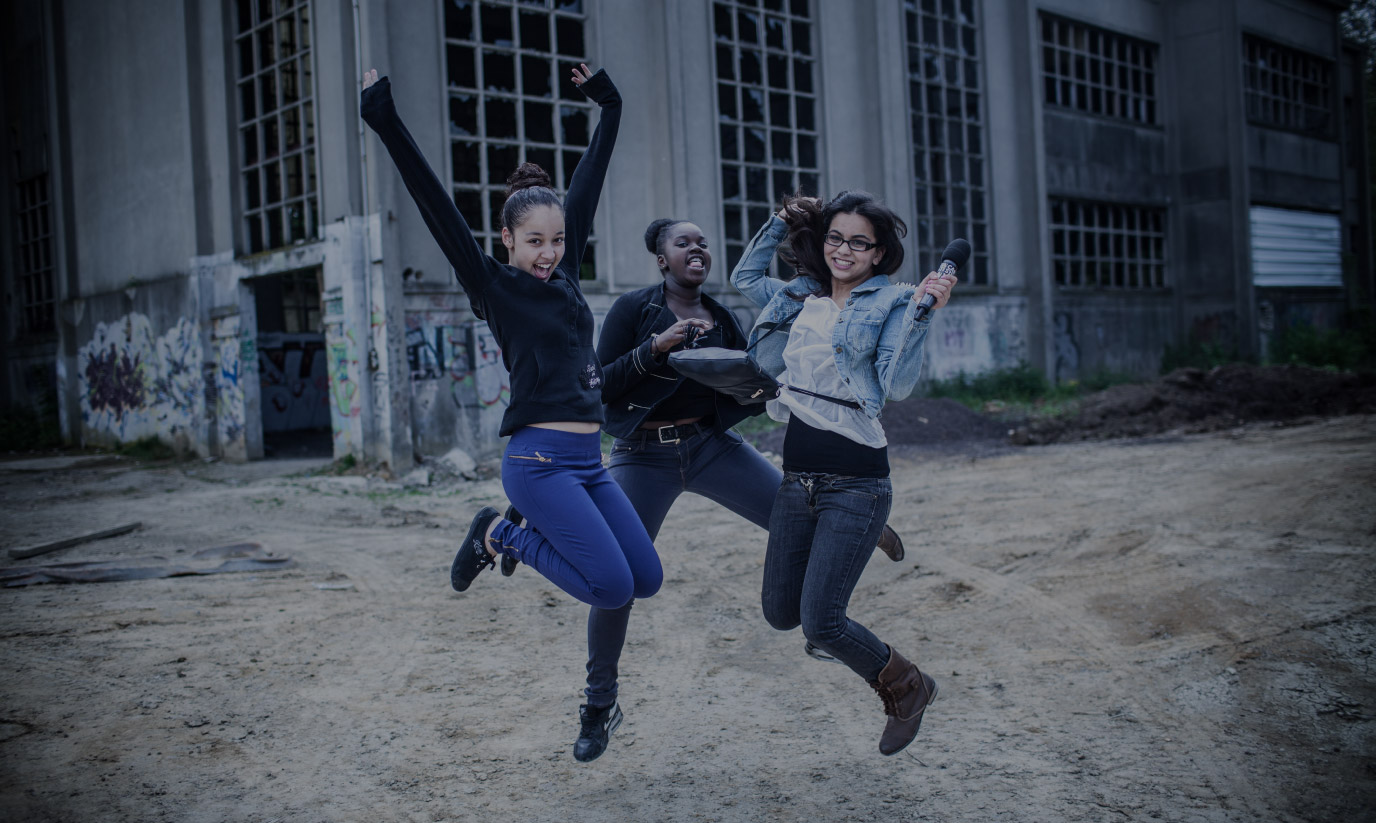 Stains, beau pays is an interactive film made in 2012-2013 by a Year 10/9th grade class from the Joliot-Curie middle school in Stains. 12 short films made by 20 teenagers from the Parisian suburbs, who « tell their stories, tell stories about us, show off », under the guidance of directors Simon Bouisson and Elliot Lepers.

Simon Bouisson was born in 1986 and graduated from the Fémis film and television school. He explores themes related to young people, as in the interactive film Wei or Die (2015) or Juste debout, a documentary about urban culture made for French TV channel Canal +. République was released in 2019, followed by the series Stalkin 2020, which he wrote and directed.

Elliot Lepers was born in 1992, and describes himself as a « political designer ». He graduated from the École nationale supérieure des arts décoratifs, presented L’ Œil de Links on Canal +, and designed, among others, the website macholand.fr which combats sexism in public as well as the green transition app « 90 jours » (90 days).

Adolescents talking about themselves

Stains, beau pays is an interactive web documentary made by 20 teenagers from a Year 10/9th grade class of a middle school in Stains in Seine-Saint-Denis, and made up of 12 short films. A yellow and black wheel fills the centre of the screen, a metaphor of Krumping – the American group dance –, which allows the spectator to move from one story to another, whether it’s fictional or a documentary, personal or funny.

Stains, beau pays is the poetic and offset view of these adolescents of their own town, that they feel « Parisians look down on », but it’s also Stains seen by Parisians and Paris seen by those who live in Stains.

Giving a voice back to young people

Stains, beau pays, stems from an introductory workshop to webdocumentary making, arranged with the film makers by the Cinéma 93 non-profit organisation that works to create awareness about cultural challenges in film. The film makers felt the project should be more than just a school workshop, therefore looked for a production company and Narrative came onboard.

The adolescents themselves describe Stains, beau paysas a « never-ending film, [that] has no start, no end ». They spent a year writing and making their film in class, two afternoons a month : « The fact they could have their say made a big difference. This project brought the class together and no one gave up during the school year », explained the literature teacher who followed the project, Joanna Lerena.

The work is in the same vein as L’Esquive, directed by Abdellatif Kechiche in 2003, and which reflected the daily lives of students in a difficult suburb. The film makers also say that they were inspired by The We and The I (2012) by Michel Gondry which followed a group of students from a high school in the Bronx, who gradually show who they are during their journey.

Stains, beau pays, by Simon Bouisson and Elliot Lepers, supported by the CNC, is part of the works exposed in Futurimage, a platform which provides a rich panorama of new forms of narrations.