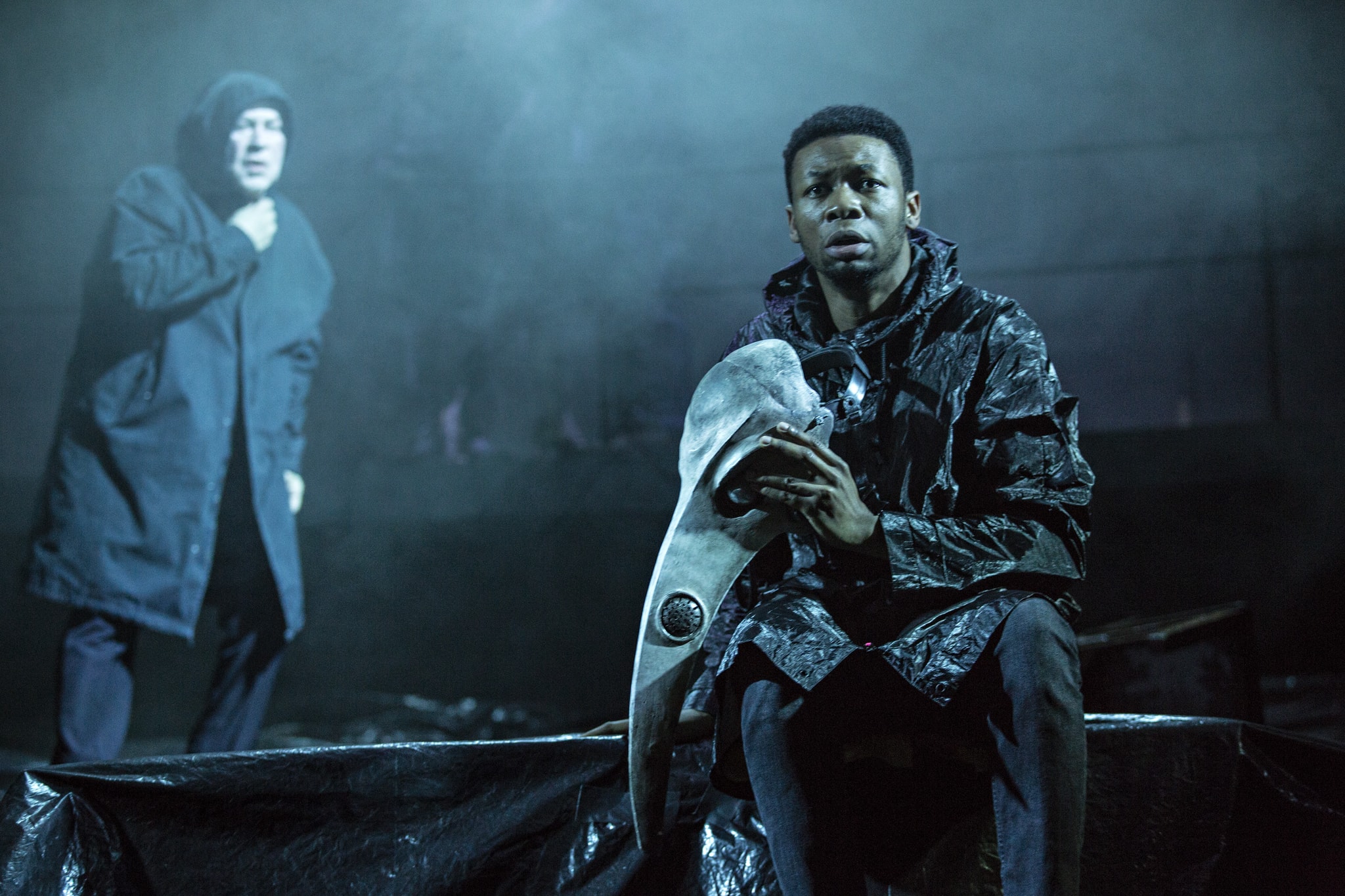 Albert Camus, activist writerFear, the central theme of the work A Warning A star in SibiuThe Institut français and the project
Theatre
Work

Director of the Théâtre de la Ville, Emmanuel Demarcy-Mota, presented State of Siege (“L’Etat de siège") by Albert Camus at the Sibiu International Theatre Festival (FITS) in Romania in June 2019. At the centre of this very topical play is an all-powerful character: the Plague which carries death wherever it goes, an allegory for totalitarianism.

The play The State of Siege, performed for the first time in 1948, carries within it the memory of Nazism and Fascism. A play written by Albert Camus, this work is relatively unknown, although the writer, philosopher and journalist was already famous for his novel The Plague (“La Peste”), published a year earlier in 1947.

Born in 1913 in Algeria, he died in 1960 after winning the Nobel Prize in Literature in 1957 "for a life’s work which highlights (...) the problems currently facing human consciences". Albert Camus would remain a committed activist throughout his life.

Fear, the central theme of the work

In Cadix, a peaceful city by the sea, a state of siege is proclaimed, public gatherings are banned and the population is crushed by terror. Order, control and bureaucracy cut off all access to freedom. In this dictatorship, the former governor negotiates his survival while a collaborator gets mixed up with the new regime. The chorus, silenced, becomes non-existent. Only two young lovers resist.

As they dance in a cabaret, alarms suddenly scream through the city. We understand that the metaphorical Plague is going to spread. The State of Siege, reinterpreted in a contemporary setting by Emmanuel Demarcy-Mota, features fear as its central theme.

Emmanuel Demarcy-Mota brings together the past and the present: “We are conveying a timeless perception to the audience, which encompasses the great ideologies of the twentieth century and their excesses, as well as the destruction intrinsic to man. By summoning past terrors, the work sheds light on this dark element and recalls its cyclical nature”.

It was with this staging which echoes "extremisms", the "temptations to reject others and withdraw into ourselves", that Emmanuel Demarcy-Mota went to Sibiu, Romania, as part of the France-Romania Season.

A star in Sibiu

The troop arrived in Romania after a major international tour of The State of Siege, from the United States to Portugal by way of Luxembourg.

At the 2019 Sibiu International Theatre Festival (FITS) in Romania, Emmanuel Demarcy-Mota was honoured: a star featuring his name was inscribed on the Sibiu Walk of Fame.

Albert Camus’s play The State of Siege, directed by Emmanual Demarcy-Mota, was presented as part of the 2019 France-Romania Season.

The 2019 France-Romania Season (November 2018-July 2019) is organised by the Institut français and, in Romania, by the Ministry of Foreign Affairs, the Ministry of Culture and National Identity and the Romanian Cultural Institute, with the support of the French and Romanian embassies, the Alliances Françaises and other ministries in both countries. Find out more about the France-Romania Season