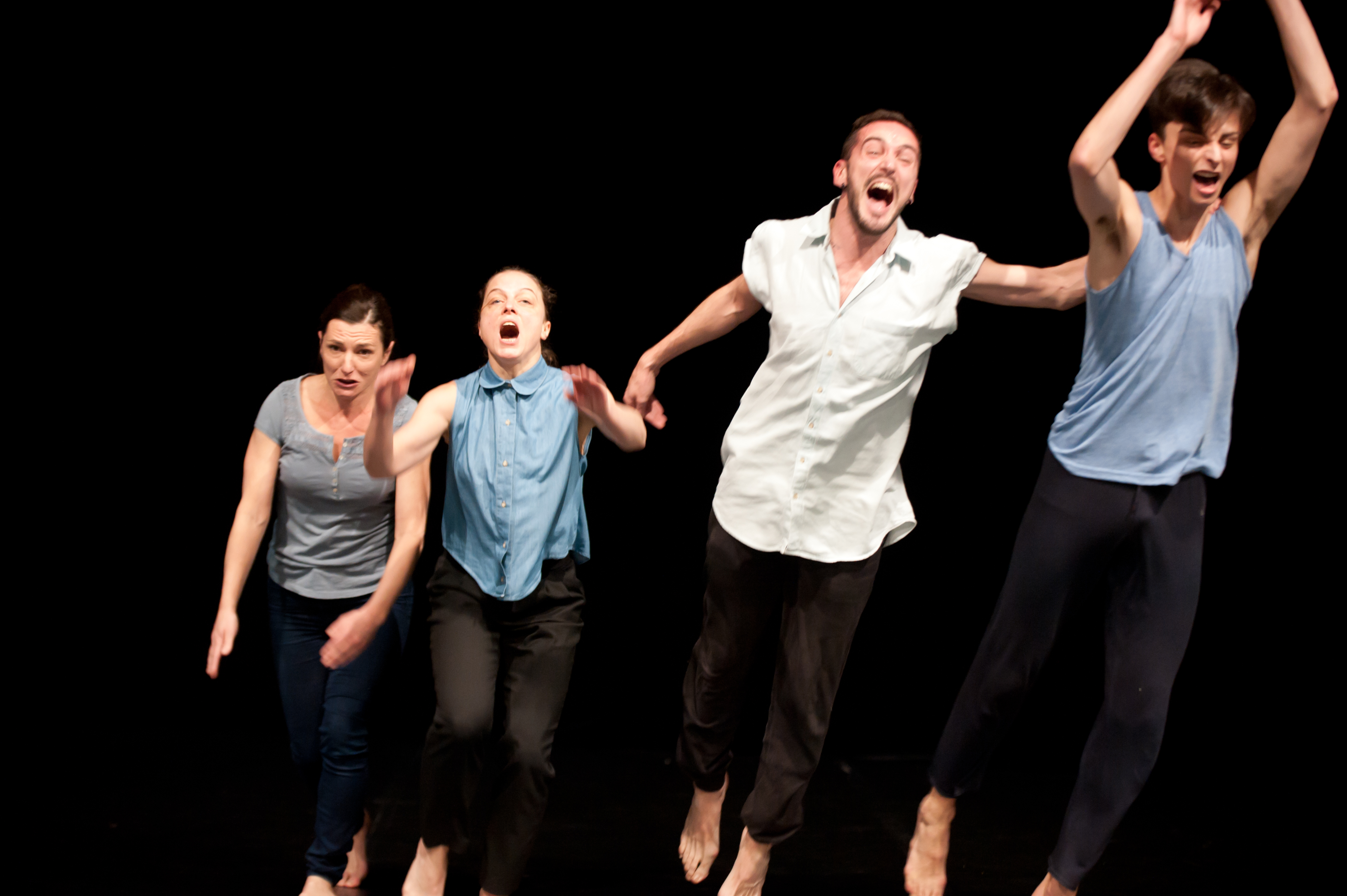 With Tel quel! Thomas Lebrun overturns conventions and awareness with an intergenerational sensitivity, humour and energy. In this performance created for young audiences, the dancers examine bodies, norms, private lives and relationships with others.

Born in 1974 in Wattrelos in Nord-Pas-de-Calais, Thomas Lebrun threw himself into dance. In 2000, he founded the Illico company, before winning the SACD’s Choreography Prize in 2016. A verbose creator, this eclectic creator likes to combine demanding contemporary dance with theatre, gravitas and humour, often transforming the stage into a cabaret or dance floor. An associate artist at Le Vivat, a publicly funded theatre in Armentières, then at Danse in Lille / Centre de Développement Chorégraphique, Thomas Lebrun has been director of the Tours National Choreographic Centre since 2012.

Created in 2013, Tel quel! is intended for children and their elders. In this piece, four charming, colourful characters meet: a boy, who is very tall with a blue hat and sneakers, a handsome man all in red, two dancers, one small and the other of average height, dressed in fluorescent pink and yellow. All four move at the pace of an off-beat military march, clashing and seeking to impose their will on each other. Together, they squabble, sing, dance in pairs to gradually come together, forming a real group.

Thomas Lebrun denounces norms and the dictatorship of appearances, condemning the intolerance they create and the damage they cause. Tel quel! is an entertaining demonstration which pushes us to see others as they are, and to show our true colours. Tel quel! is a dynamic, comedic piece, light without being shallow, which has won over many audiences with its humorous, fanciful, sensitive attitude.

After being presented in China at the 2015 Croisements Festival, in South Korea at the Gijang Children’s Theater Festival in 2017, and in Brazil for the Movimento International Dance Festival in early 2019, Tel quel! will be performed in Japan in July 2019 as part of the Ricca Ricca Festa.

Tel quel!'s tour of Asia in July and August 2019 is supported by the Institut français, in partnership with the Centre-Val de Loire region. The Institut français partners with 21 local authorities to develop international artistic exchanges.