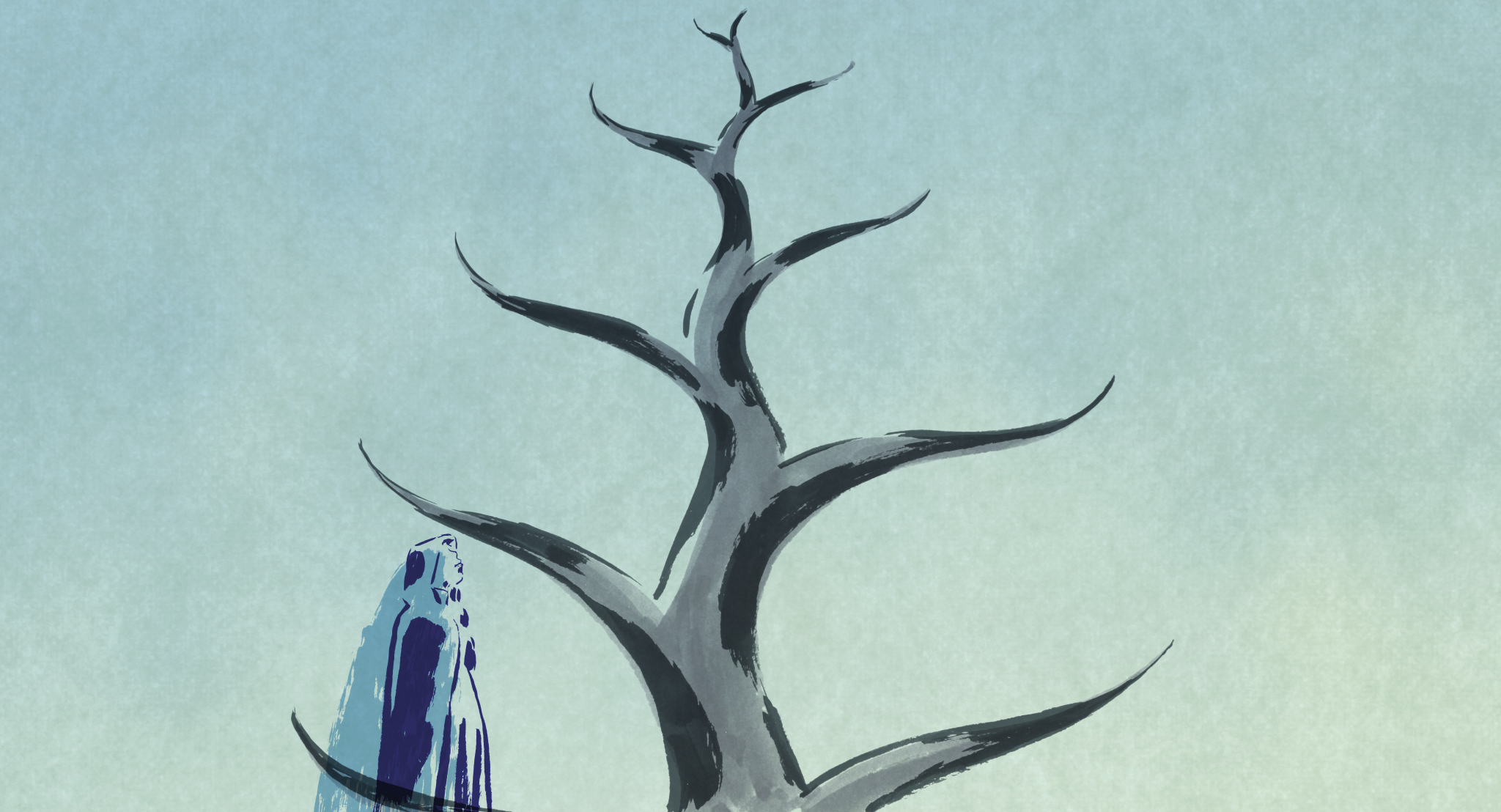 A graphic designer and illustrator, Sébastien Laudenbach leads children and parents alike on a journey in which they will discover a poetic world freely adapted from one of the Brothers Grimm’s story.

Born in 1973, Sébastien Laudenbach began to create comic books at a very young age. His passion led him to leave Arras to study at the Penninghen School of Graphic Arts, then at the National School of Decorative Arts.

An illustrator and graphic designer, he has designed the posters for many French films, e.g. The 14th July Girl (“La Fille du 14 juillet”) (2013) by Antonin Peretjatko, and credits, notably for Emmanuel Mouret.

Throughout his career as director of short animated films, Sébastien Laudenbach has explored various techniques, including animation on sand (Vasco, 2010), paper-cuts (Journal, 1998), watercolour (Vibrato, 2017, for the Paris Opera) and even the use of plant elements (Daphne or the beautiful plant, (“Daphné ou la belle plante”, 2015)).

The Girl Without Hands (2016) is his first feature film.

A liberal adaptation of a Brothers Grimm’s story, The Girl without Hands is an animated film in which the Devil (to whom Sébastien Laudenbach's distant cousin Philippe Laudenbach lends his voice) buys the daughter of a ruined miller.

Although the young woman (Anaïs Demoustier) escapes the Devil thanks to her purity, she loses her hands. Despite this she survives in the wild, far from her family, where she meets the goddess of water, then a gentle gardener and a prince (Jérémie Elkaïm) with whom she falls in love.

The aesthetic of the film has a deliberately unfinished look, as Sébastien Laudenbach wanted to let the viewers’ imaginations fill in the gaps.

The film's genesis dates back to 2001, when Sébastien Laudenbach began, at the request of the production company Les Films Pelléas, to adapt The Girl, The Devil And The Mill, Olivier Py’s play based on the tale The Girl Without Hands from the Brothers Grimm.

The project was abandoned after 7 years due to a lack of funds, but the illustrator started over in 2013, this time working from the original story. Lacking a team – with the exception of composer Olivier Mellano – Sébastien Laudenbach created The Girl Without Hands alone with his brush, improvising the drawings without testing the animation.

A movie that appeals to the world

The Girl Without Hands has been invited to many festivals around the world. In 2016, it was presented at Cannes as part of the Quinzaine des réalisateurs ACID programme, and received the BIAF Grand Prize (Bucheon Animation Festival, Korea) in 2016.

In the same year, Sébastien Laudenbach won the Tokyo Anime Award, the Best feature film award at the Anim’Est festival (Bucharest) and the Audience Prize at the Brasilia International Film Festival (BIFF). In 2018, the film won the prize for best animated film from the International Cinephile Society. 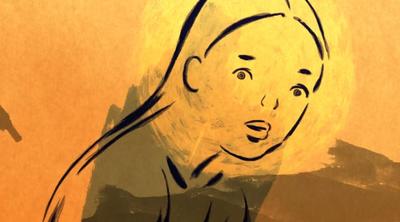 The Girl Without Hands (“La Jeune Fille sans mains”) (2016) is distributed internationally by the Institut français.

The film was showcased at the 2017 Annecy International Animated Film Festival as part of its "New Creations” theme.