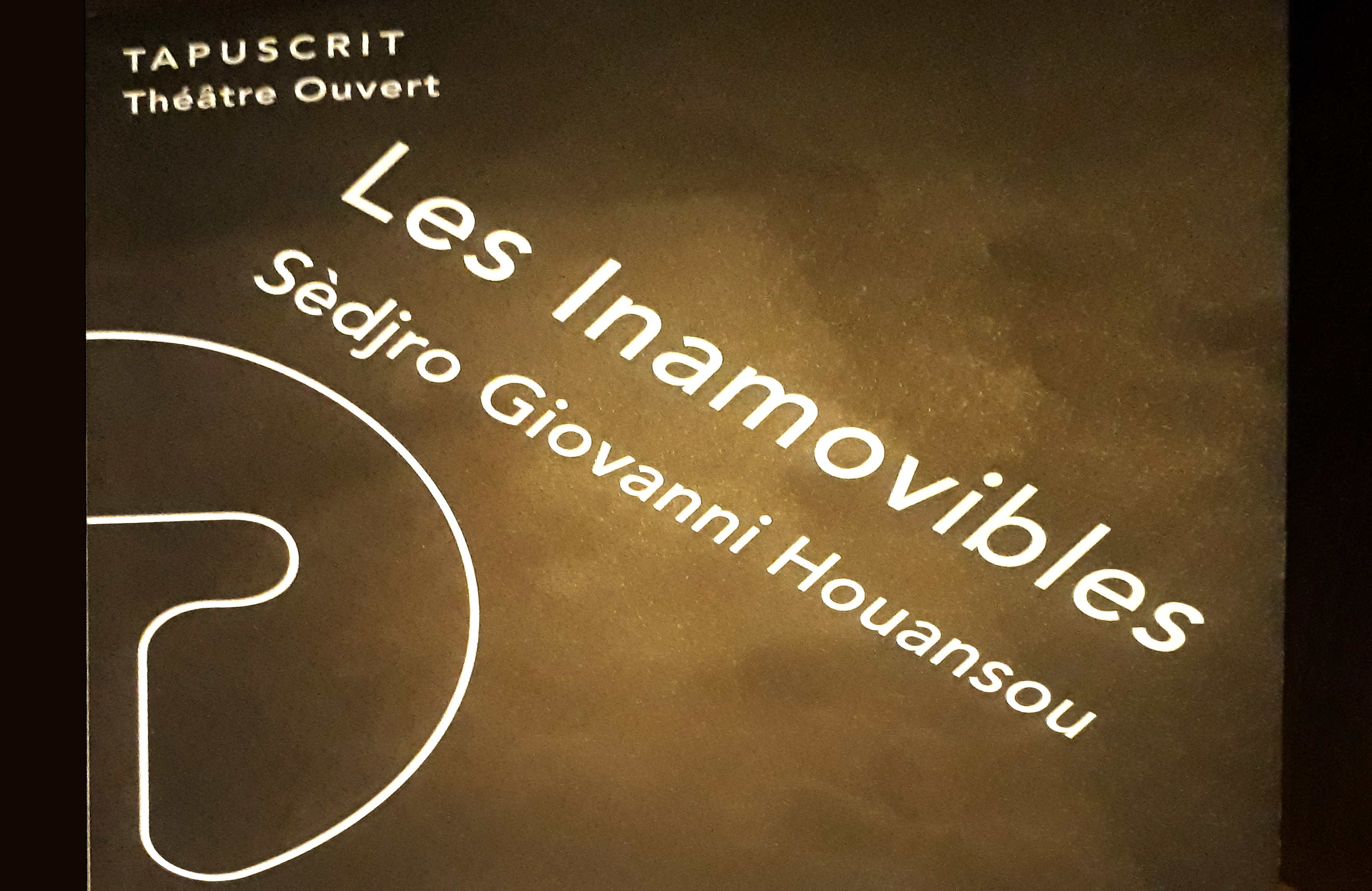 For his fourth play, the young Beninese author focuses on the parents of exiles, many of whom leave the country to go and earn a living in Europe. The text addresses the original point of view of “those who stay” on the economic emigration that is bleeding Africa more and more every day.

Sedjro Giovanni Houansou began his acting training during his studies at the university theatre. After also trying his hand at production, he started writing in 2012. A committed author, his aim is “to write about the socio-cultural and political aspects of Africa”.

Being part of cultural life in Benin through the Sudcréa Association, he is involved in the "Les Embuscades de la scène” project, which gives young directors in Benin their first experience of distrbuting their films, as well as in "Les didascalies du monde" project, which organises public readings of texts by French-speaking authors. At the age of 31, this young author has already received numerous accolades in the French-speaking world.

The "immovable" are all those who remain in Africa and see young people leave for Europe, France in particular. It is partly their looks that set the scene for the play. But the essence of the story lies in a sort of middle ground, between reality and dream, in this no man’s land where a person wants to return to their country but does not dare to admit the failure of their journey. It is by talking about this feeling of having nowhere to live that the play becomes a parable of the migrant drama.

Between comedy and drama, realism and poetry, the writing of Sedjro Giovanni Houansou paints a sensitive picture of the hopes and suffering caused by these migrations. What emerges from this text is the tremendous vitality that carries each of the characters, even beyond death.

The original idea for the play came from a desire to talk about emigration from Benin to France. But as the writing developed, the focus shifted to the issue of returning home. In his work Sedjro Giovanni Houansou builds on the doubts and fears associated with these return journeys that often sound like failures.

Through collaboration with various actors and public readings, the author pruned and enriched his text. These multiple re-writings took place during several creative residencies and led to The Immovable winning the 2018 RFI prize.

A text that travels as much as its heroes

The story's roots, like the stories it tells, cross borders. The writing of The Immovable has spanned three countries. Guinea first hosted Sedjro Giovanni Houansou for a writing residency in Conakry, then Mali invited him to take part in the Praticables project in Bamako and finally, a writing scholarship won him a writing residency in Dakar.

Lastly, in connection with the RFI award, the Rouen National Centre for Dramatic Art led by David Bobée welcomed him for a creative residency that culminated in the presentation of the first reading of the play in April 2019.

Sedjro Giovanni Houansou took part in the 2021 Night of Ideas organisez by the Institut français of Togo.

Find out more about the Night of Ideas

The Institut français is a sponsor of the RFI Theater Prize which Sedjro Giovanni Houansou won for The Immovable in 2018.