A poet first of all, Marcel L’Herbier decided to give the adventure of cinema a try in 1915 after seeing The Cheat by Cecil B. DeMille. Fascinated by the possibilities this new art form offered, he designed a work characterised by aesthetic research. Close to the avant-garde embodied by Germaine Dulac and Louis Delluc, L’Herbier invented cinematic impressionism with his silent films – El Dorado (1921), Money (L’Argent) (1928) –, then continued his formal experiments with the advent of talking movies.

Conceived of as a synthesis of French art from the 1920s, The Inhuman Woman remains one of his boldest films.

Between science fiction and cruel romance, The Inhuman Woman tells the story of an enchanting singer, Claire Lescot, who violently rejects all her suitors. One of them, Einar Norsen, a brilliant disciple of Einstein's, plans what appears to be revenge and simulates a fatal accident. Unaffected, Claire takes the stage, but the audience rejects her. She then learns that the young man is alive and falls in love with him. But their bliss is interrupted by the jealousy of another would-be suitor, who poisons Claire. In a mad gesture, Einar takes her to his laboratory to revive her.

The synthesis of all the arts

By producing The Inhuman Woman Marcel L'Herbier wanted to complete his formal research on silent cinema. The film's plot is only a pretext for the wildest visual creations: film staining, intoxicating camera movements and, above all, the blurring effects of which he remains the king.

The restored version of the film, made from the original negative in 2014 by Lobster Films, has made it possible to recover The Inhuman Woman’s original brilliance and colours.

From the start of production, The Inhuman Woman was fated to conquer international screens, particularly in the United States. The film was co-funded by Georgette Leblanc, a singer who was particularly popular on the other side of the Atlantic, and who plays the leading role of Claire Lescot. The presence in the credits of the great names of that era’s art world added to the work’s prestige.

While the French audiences showed little interest in The Inhuman Woman, L’Herbier’s film travelled from New York to Tokyo and attracted the admiration of various personalities, including Austrian architect Adolf Loos. 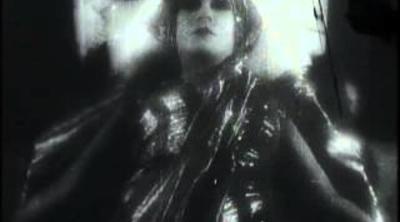 The Inhuman Woman (“L'Inhumaine”, 1923) was distributed internationally by the Institut français as part of the "Great Classics Restored" series.