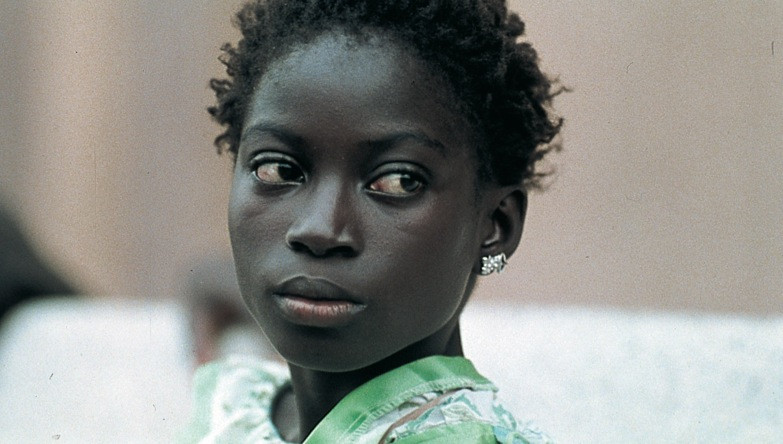 Boys are peddling newspapers on the street when, all of a sudden, a little girl gets involved... A luminous fable with universal appeal where feminism is expressed through acts of bravery, and where cinema offers up a vision of the world full of hope. A film which, twenty years after the death of its director, has become a classic of African cinema.

The filmmaker from Dakar

Djibril Diop Mambety, who was born in 1945 and died at the age of 53, promoted and advocated for Senegalese cinema throughout his career. A long-time stage actor, the director shot his first short films — Contras’ City (1969) and Badou Boy (1970) — with the support of the French Cultural Centre in Dakar. His first feature film, Touki-Bouki (1973), won the Critics Prize at the Cannes Film Festival the year it was released. After the death of Mambety in 1998, The Little Girl who Sold the Sun (“La Petite Vendeuse de Soleil”) was released in 1999.

In Dakar, selling newspapers is a job for little boys. But Sili, a disabled girl who is attacked by a boy, suddenly has the idea of defying the social norms and selling newspapers herself. A fierce and merciless struggle thus begins, full of twists and turns, in which hope, friendship and solidarity always triumph.

Originally intended as the second part of a trilogy which Djibril Diop Mambéty was never able to finish, The Little Girl who Sold the Sun was inspired by Hans Christian Andersen's folk tale The Little Match Girl (1845) and Jean Renoir's short-film adaptation of the story in 1928. The same metaphors are hidden in the appearance of important secondary characters, and the same almost fantastical twists appear to shake up his usual fondness for social realism.

A film for all ages, where childhood is synonymous not with naivety, but with strength, love and willpower, where feminism and disability have so much to teach us, where poverty doesn't have to dictate destinies.

Released posthumously, The Little Girl who Sold the Sun continues to be distributed widely around the world. Presented in Berlin in 1999, the film is now an icon of Senegalese cinema and is also one of the cinema classics often recommended for young audiences, both for its representation of childhood and for the universal values it conveys.