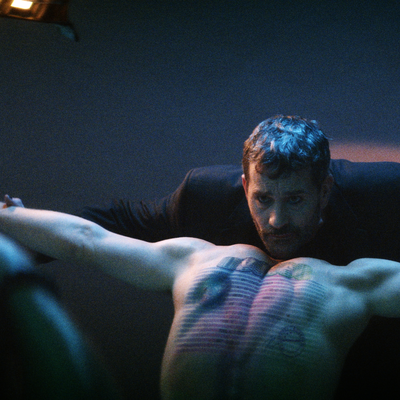 The Man Who Sold His Skin, a film by Kaouther Ben Hania

In The Man Who Sold His Skin, Kaouther Ben Hania confronts the world of contemporary art and that of refugees in a surprising film that questions the notion of freedom. Through the prism of a true story, she narrates a vibrant quest for identity, where a man must sell his own body to survive.

An obvious desire for cinema

Born in 1977 in Sidi Bouzid, Tunisia, Kaouther Ben Hania first studied at the Tunis School of Arts and Cinema. After several acclaimed short films, she joined a feature film writing workshop launched by Euromed, then joined La Femis (École Nationale Supérieure des Métiers de l'Image et du Son) in 2004. In 2007, she completed her training at the University of Paris-III Sorbonne-Nouvelle and began directing feature films. Her first film, Le Challat de Tunis, released in 2014, immediately imposed her style and her desire to evoke male/female relationships. Three years later, her next offering La Belle et la Meute, was highly acclaimed when it was presented at the Cannes Film Festival and was nominated for the Lumières prize for best French-language film. In 2021, The Man Who Sold His Skin, her fourth feature film, was the first Tunisian film to be nominated for an Oscar.

The surprising price of a body

In The Man Who Sold His Skin, Kaouther Ben Hania is inspired by the story of Tim Steiner, a Swiss man living in England, who entered into a contract in 2008 with the Belgian artist Wim Delvoye. For the sum of 150,000 euros, he gave him his back to put a tattoo on it, for which he must hold three annual exhibitions and be cut up after his death. On screen, the director brings this extraordinary story to life through the figure of Sam Ali, a young Syrian who decides to leave for Lebanon to escape the war. To succeed in his project and join the woman he loves, he chooses to sell his body to a contemporary artist, who transforms it into a living work of art.

Questioning the notion of freedom

With The Man Who Sold His Skin, Kaouther Ben Hania elaborates the unlikely meeting between the world of contemporary art and that of refugees. Based on a true story, she intertwines these two universes, which are at first sight very different from each other, to question the notion of freedom. Weighed down by the weight of his situation and the need to find a more peaceful place, her main character must sign a Faustian pact with a man of power. The improbability of their collaboration, as well as the use of a body as a medium of expression, represent the price that must be paid to conquer one's identity and regain one's independence.

Presented in the Orizzonti section at the Venice Film Festival in 2020, The Man Who Sold His Skin won the Best Actor Award for Yahya Mahayni. After winning the Screenplay Award at the Stockholm International Film Festival, the film also received the Lumière for International Co-production and the El Gouna Star Award (Best Feature Film in Arabic) during the festival of the same name. In the spring of 2021, the film was selected as one of the five nominees for the Oscar for Best International Film, the first Tunisian film to be nominated in this category.

L'Homme qui a vendu sa peau is screened internationally by the Institut français.