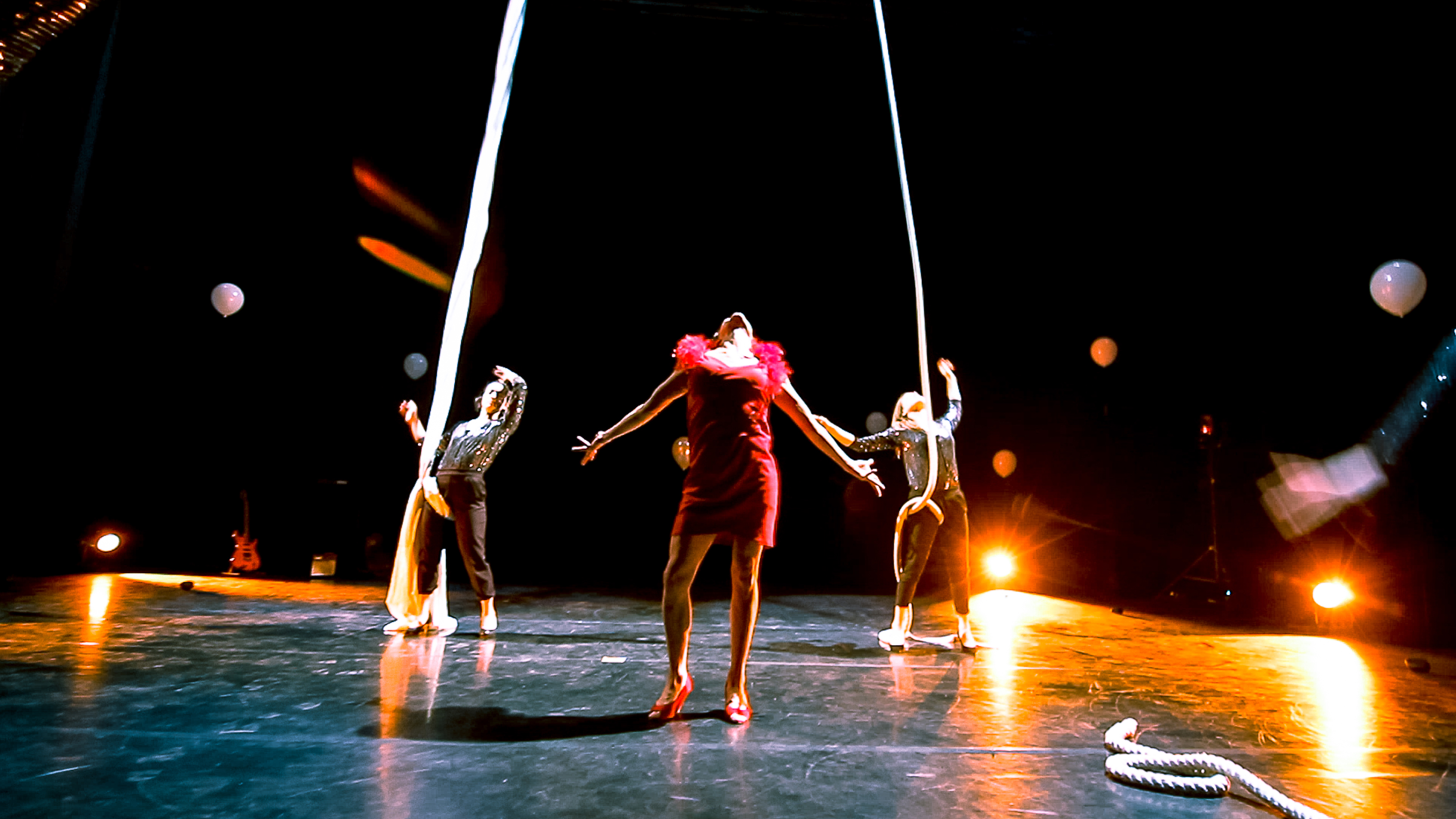 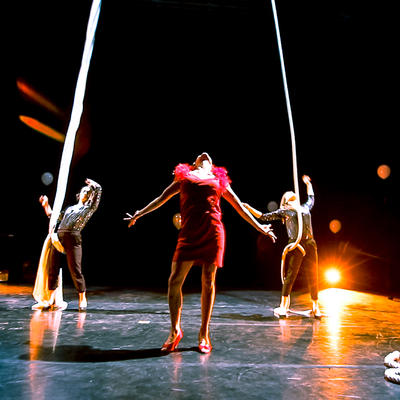 The Ordinary Circus Girl, by the Fheel Concepts company

Created by the Fheel Concepts company, The Ordinary Circus Girl is a participatory circus show that uses virtual reality to put spectators in an acrobat’s jazz shoes.

The Ordinary Circus Girl came about under the impetus of Circassian Corinne Linder. A native of Finland, this artist then based in Toulouse practised handstands, aerial acrobatics, floor acrobatics, the Spanish web, and aerial silks. It was in this context that she took part in cabaret shows in Finland and many circus festivals, including in Avignon, and Circa, in Auch. An aerial silks finalist in the American championships in 2015, a fall gave her the opportunity to refocus her practice on artistic direction. Following this accident, she founded the Fheel Concepts company based on the idea of a necessary confluence of circus arts, everyday experiences, and new technologies.

The Ordinary Circus Girl show is an experience that pushes the boundaries between fable and reality by mixing virtual reality and contemporary circus. This participatory work immerses the spectator in fiction: they are told that they’ve in fact been chosen to audition for and join the Fheel Concept company. Wearing a virtual reality headset, they then participate in various acrobatic stunts performed by real actors as well as by avatars. But the dress rehearsal is soon interrupted when a mysterious woman dressed in white suffers an accident.

Alternating between sequences with and without the VR headset, The Ordinary Circus Girl gives the spectator themselves the opportunity to embody an aerial artist. Inspired by the career path of Circassian Corinne Linder, it transports the spectator-users to the world of aerial disciplines and brings them face to face with the joys and fears unique to this practice. The project required its team to develop several virtual reality films, and relies on the participation of actors supporting the audience within a space especially designed for the purpose: the VR Micro Théâtre.

Explore the mix of feelings coursing through the artists on stage: risk, stage fright, joy, fear, adrenalin, and putting oneself in danger. This is what The Ordinary Circus Girl offers as it explores concepts like frailty, hesitation, and the suspension of time. Sounds, smells, and even wind play a fundamental role in this very sensory show to firmly place the spectator-users in the character’s shoes and to help them overcome their fear of heights. The Ordinary Circus Girl only hosts ten or so people per session, giving them the chance to experience the circus world intimately.

The Ordinary Circus Girl, by the Fheel Concepts company is presented in the VR Immersive Experiences Catalogue. The catalogue presents some forty original works at the intersection of virtual reality, live entertainment and visual arts. It introduce partners of the cultural network (theatres, museums, cultural centres, art centres, festivals, shopping centres, etc.) to new kinds of shows and exhibitions which meet a growing public demand for forms of entertainment and cultural offerings with a strong digital dimension.