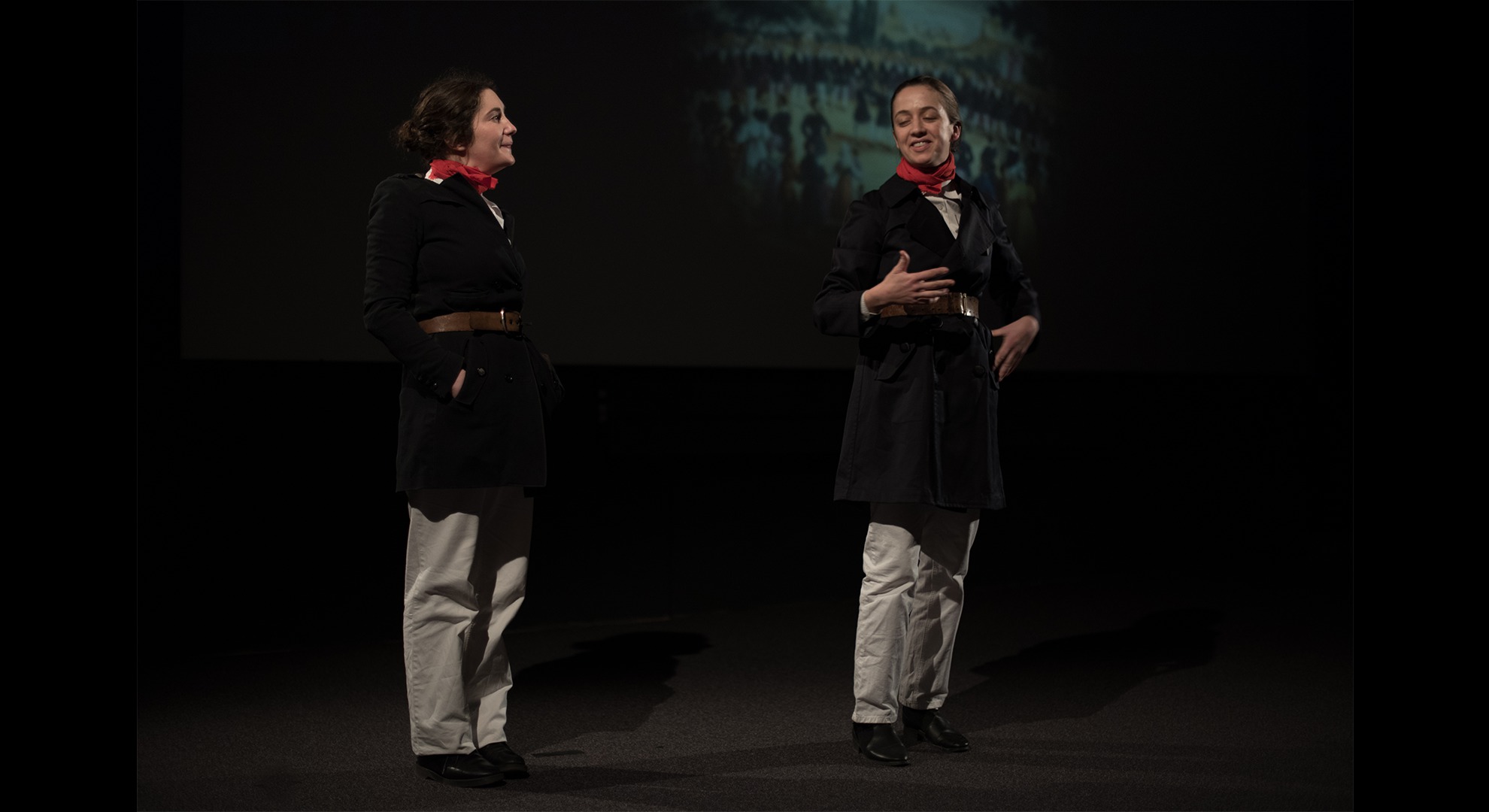 French artists Louise Hervé and Chloé Maillet combine film, lecture and revolutionary songs in a performance devoted to the Parisian sect of the Saint-Simonians.

Both born in Paris in 1981, Louise Hervé and Chloé Maillet met during their studies in art history, which Chloé went on to complete with a thesis in historical anthropology.

Even before graduating, the two artists combined their knowledge in 2001 in The International Institute for Important Items where they presented an offbeat duo performance. In the midst of their historical reconstruction and lecture, they punctuate their performances with madcap references. Having quickly attracted attention, in 2010 they took part in the Dynasty exposition at the Palais de Tokyo in Paris.

In 2012, Louise Hervé and Chloé Maillet were nominated for the Ricard Foundation Prize for their installation The new wall which bleeds (“Le nouveau mur qui saigne”).

In 2015, as part of the Hors Piste festival at the Georges Pompidou Centre, Louise Hervé and Chloé Maillet created The Saint-Simonians’ Performance, a work combining songs, lectures and film.

The performance retraces the history of the founding of the Saints Simonians group in 1830 by Barthélémy Prosper Enfantin. Near Menilamount, these followers of the Count of Saint-Simon's doctrine would go on to live in a commune for two years, imagining a future in which all men would be brothers, free and equal.

Enfantin’s followers did not hesitate to create public displays of their daily lives in order to set an example, which the film illustrates through a historical slideshow and songs from the era, performed live by the vocal ensemble Camerai Sei.

With its creation in 2015, Saint-Simonians’ Performance constituted an initial inventory of research by Louise Hervé and Chloé Maillet on utopias and their ability to change lives.

The film they played during this performance would go on to be the third and final part of Pointless Shows (“Spectacles sans objet”), consisting of a film and a book presented for the first time in 2016 in Chatou, in Greater Paris.

Most notably the two artists tell the story of painter Jacques-Louis David's followers, radical revolutionaries who in 1789 were prepared to complete the historical recreation of an ancient world which fascinated them: they then abandoned painting to wear togas in the middle of Paris.

As with the Saint-Simonians, Louise Hervé and Chloé Maillet see in this the traces of an artistic performance which was ahead of its time. 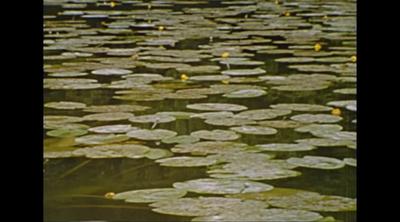 Accompanying the film Pointless Shows produced in 2016, Saint-Simonians’ Performance went abroad. In that same year, Louise Hervé and Chloé Maillet headed to Aarhus in Denmark where, after Marseille and Paris, they presented their reflection on an alternative history of artistic performance with the same expertise.

On this very special occasion, they offered a unique vinyl recording of songs written for the revolutionary festivities and recorded on-site by the Camera Sei vocal ensemble, as well as Saint-Simonian songs composed by Felician David, one of the members of the Parisian sect.

The work is circulated internationally with the support of the Institut français.