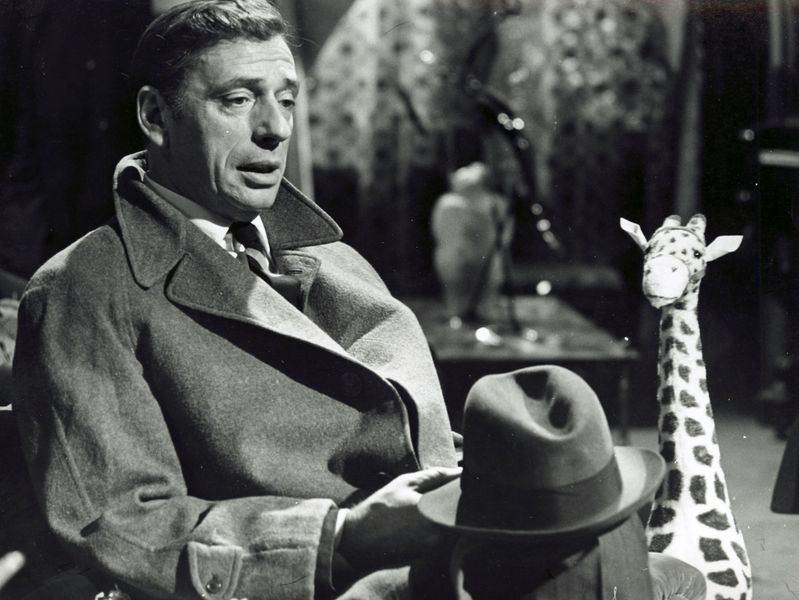 The Sleeping Car Murder is the first feature film by Franco-Greek director Costa-Gavras. Adapted from a novel by Sébastien Japrisot, the film is a humorous, visually punchy take on the murder mystery.

Konstantínos Gavras, known as Costa-Gavras, was born near Athens in 1933. After completing an undegraduate degree in literature, he enrolled at the Institut des Hautes Études cinématographiques (IDHEC) and worked as an assistant under Jacques Demy and Henri Verneuil. On the set of the film The Day and the Hour (“Le Jour et l’Heure”) (1963) by René Clément, he became friends with Simone Signoret and Yves Montand, whom he chose to act in his first feature film The Sleeping Car Murder (1965).

Starting with his second film, Shock Troops (“Un homme de trop”) (1967), his work took a very political turn. Costa-Gavras, an activist filmmaker, never stopped examining history and society, notably in Z (1969) and State of Siege (“État de siège") (1973). In 1982 he made Missing, about the disappearance of an American journalist after the Pinochet coup d'etat, which earned him a Palm d’Or at Cannes.

On the Paris-Marseille train, a perfume saleswoman has been murdered in a sleeping car. As the other occupants of the compartment each in turn become the target of the killer, what could have been just a simple homicide investigation turns into a veritable manhunt for inspector Grazziani, the policeman in charge of the operation.

An impressive first film, The Sleeping Car Murder draws its inspiration from American film noir while remaining anchored in the French tradition thanks to its pacey editing and precise dialogue.

Costa-Gavras also creates several more intimate secondary plots, such as the voices-over which sound like secrets whispered in the viewer’s ear by the characters.

A Triumph in the United States

While the film was generally well received by critics in France, it would go on to be a resounding success across the Atlantic: American critics ranked it among the top ten foreign films of the year when it was released in the United States in 1965.

Two years later in 1967, The Sleeping Car Murder won the National Board of Review’s award for best foreign film and was nominated for the Edgar Allan Poe Award, which recognise the best mysteries.

The film The Sleeping Car Murder is part of the Great Classics of French Cinema Restored Series.

This series of restored films offers a journey through the history of French cinema as well as through genres and eras, paying tribute to the greatest filmmakers from the 1920s to the 1990s. Find out more about the Great Classics Restored Series