The Woods Dreams are Made of (“Le bois dont les rêves sont faits”), by Claire Simon

The Woods Dreams are Made of is a feature-length documentary film about the Bois de Vincennes park and the unusual personalities who visit it every day. An enchanting film about the city’s relationship with nature.

A director of documentaries and fiction alike

Born in London in 1955, Claire Simon spent her childhood in the Var region of southern France, before studying Arabic and Berber ethnology. She began her work in cinema as an editor, then learned the techniques of direct cinema, a type of documentary once called “cinéma-vérité”, at the Ateliers Varan.

An ode to nature

In The Woods Dreams are Made of, Claire Simon films the Bois de Vincennes park and the people who enjoy it every day: walkers, athletes, families, fishing addicts, amateur ornithologists, the homeless and even prostitutes.

In their own ways, they all tell us what links them to this microcosm of greenery at the gates of Paris, creating a set of very different stories which are connected by the common thread of communing with nature in this relaxing and transportive atmosphere. A delicate and poetic film about city dwellers seeking internal peace.

The Bois de Vincennes Park is a place that the director knows well, as she walks there regularly. After having met diverse and colourful personalities there, she decided to put them on screen in a documentary.

In order not to disturb reality or interrupt the flow of the forest's events, Claire Simon and her film crew travel by bicycle, with minimal equipment. The interviews are carried out using a camera on a tripod, which is quickly forgotten by her subjects. Each scene of this documentary is filmed with total concern for authenticity. 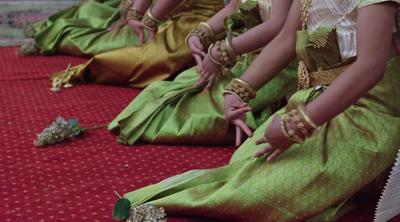 The Woods Dreams Are Made of (“Le bois dont les rêves sont faits”, 2015) is distributed internationally by the Institut français.

This film was notably offered as part of the "Spotlight on French Creation" programme for Documentary Film Month in 2017. With the help of the Institut français, this event highlights French documentary across the French cultural network abroad.