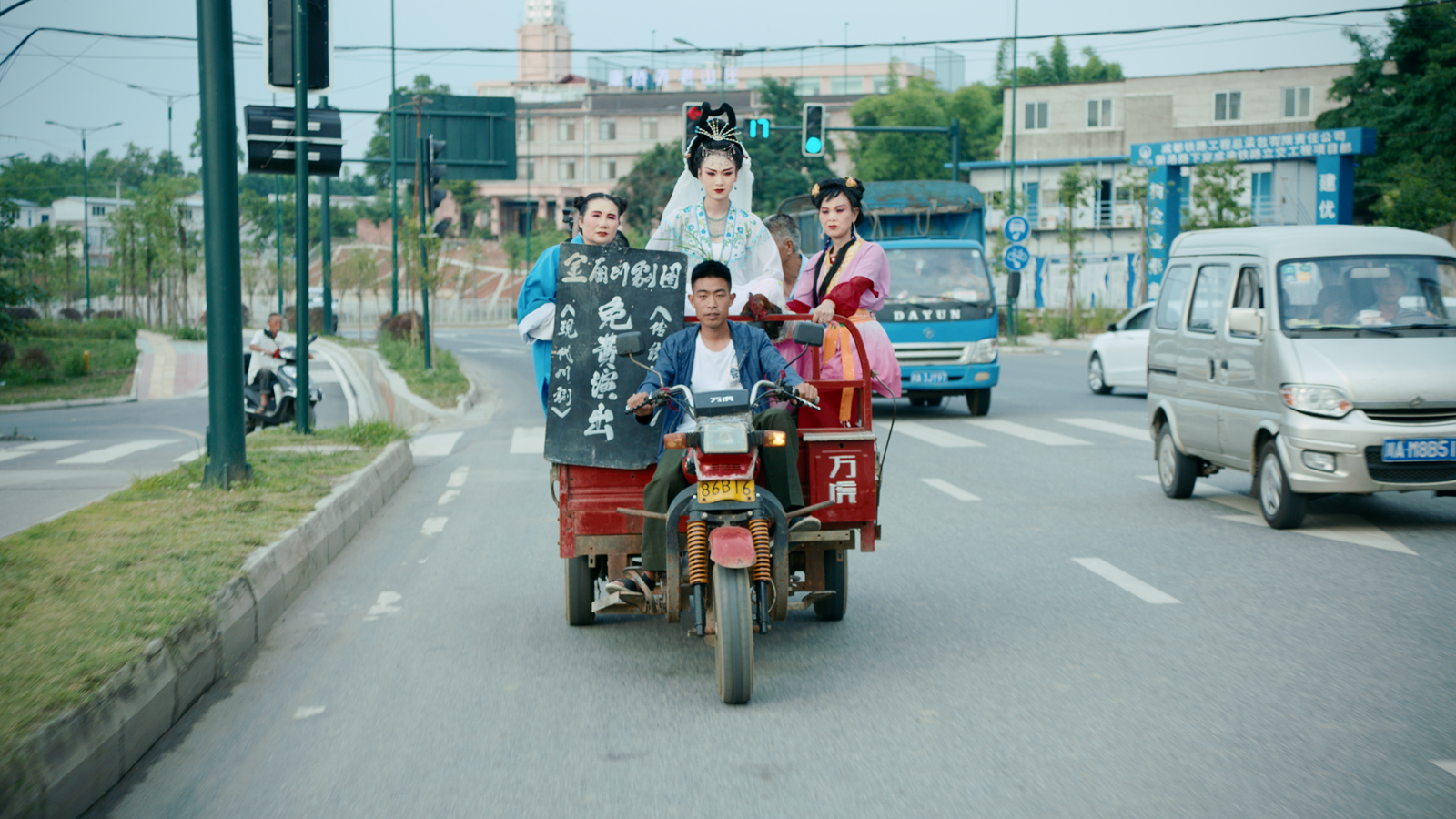 From China to Canada Loving, living and singing Which modern times? An independent Chinese filmThe Institut français and the film
Cinema
Work

To Live To Sing, by Johnny Ma

A demolition notice looms over a traditional Chinese theatre. Its director thus becomes involved in a fight to protect his troupe and his art. Inspired by a true story, To Live To Sing, Johnny Ma’s recent film, depicts a traditional China whose most ancient culture and values are now being threatened by a faceless financial logic.

From China to Canada

Born in Shanghai in 1982 as Nan Ma, Johnny Ma emigrated to Canada at the age of 10. After time spend in the world of business and fashion, he studied cinema at the Columbia University School of the Arts in the United States. That was when he created his first short films, which were screened at several American festivals.

Supported by the Sundance Film Festival, Johnny Ma made his first feature film in 2016, Old Stone, which tells the taught tale of a taxi driver’s descent into hell. In the year of its release, Old Stone won Best Canadian Film Award at the Toronto International Film Festival.

To Live To Sing again allowed Johnny Ma to film in China, where he creates most of his cinema.

What room is there for traditions in contemporary China? To Live To Sing describes the threat hanging over a Sichuan opera company which lives and performs in the suburbs of Chengdu, one of the most populous megacities in inland China, with more than 18 million inhabitants.

When Zhao Li receives the demolition notice for the theatre she runs, she starts looking for a new location, committed to fighting for the survival of her art.

Sichuan opera is a form of popular theatre combining comedy and acrobatics. Inspired by a documentary and thus a true story, To Live To Sing was born from an idea which occurred to producer Jing Wang, herself the daughter of actors, who suggested it to Johnny Ma.

For his film adaptation, the director went to the original troupe to have them recreate their own story in their own neighbourhood. By injecting an element of the supernatural into the narrative, the boundaries between reality and imagination fade as we reflect on the future of traditional art forms. It depicts an ancestral China in the midst of an economic transition which is as brutal as it is fast, granting no reprieve for performances or the passing down of cultural heritage.

Presented in 2019 at the Directors’ Fortnight, To Live To Sing benefited from Chinese-French production and the support of, among others, the National Centre for Cinema and the Animated Image (CNC) and the Institut français.

Filmed in China, in real locations from the story, the editing and post-production of Johnny Ma's film were completed abroad. A way, according to him, of protecting the independence of his cinema.

In 2018, the film To Live To Sing by Johnny Ma received support from the Aide aux cinémas du monde fund.

This Institut français programme provides support to foreign film-makers for film projects co-produced with France, whether they be feature-length fiction, animated films or creative documentaries. Find out more about the Aide aux cinémas du monde programme