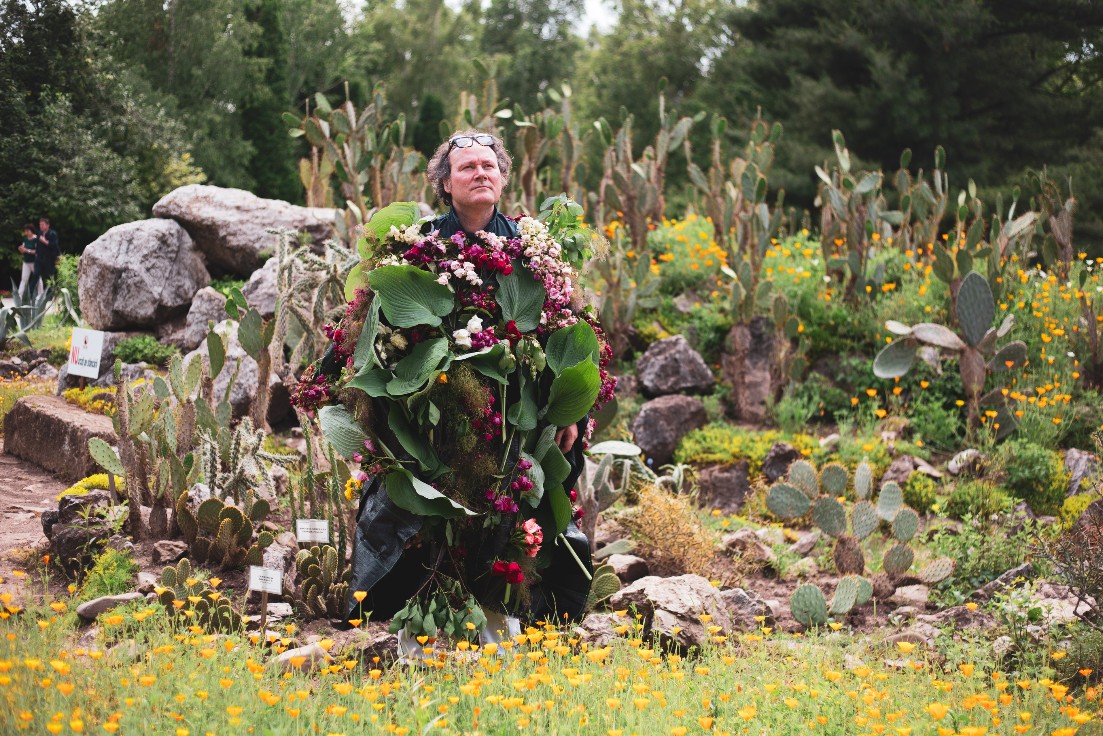 As part of the France Romania Season's year of cultural exchanges, French artist Yann Toma presented Transmission Romania, an interactive project involving four events in the cities of Bucharest, Cluj-Napoca, Iaşi and Timișoara. The idea is to shed light on ecological issues through the transmission of luminous messages and a plant exhibition in Cluj.

He is one of those artists who re-enchants the world by breathing poetry into it. Yann Toma, born in 1969, creates few physical works, preferring to invent interactive moments which engage the public.

In 1991, he symbolically took over a former electricity company which he made his own: Ouest-Lumière (“West-Light"). His obsession? “Artistic energy”. This can be felt in his work at the Grand Palais in 2011: Dynamo Fukushima was intended to symbolically restore energy to the Japanese people, suffering from a recent nuclear disaster. For a weekend, visitors were invited to mount dozens of bikes arranged around a large balloon, which lit up depending on the intensity of their pedalling.

Light and words of love

Transmission Romania is as much a ritual as an artistic performance. As if, through his collective gestures, Yann Toma has the power to heal the world's pain.

The project is a response in four stages to the Earth's ecological crisis. Residents of the cities of Bucharest, Cluj-Napoca, Iaşi and Timișoara are invited to follow paths, send messages and host machines known as “morse modules” in their homes, which broadcast messages using light signals. The idea is thus to spread symbolic rays of love and communal living — as well as, for an evening, physical rays of light — throughout the city. An exhibition of "brain plants" was also presented at the Centrul de Interes in Cluj.

On 17th April 2019, the first meeting of Transmission Romania was held in Bucharest, the Romanian capital. Words of love were collected from the public, and passed on in “morse light”: an entire building was dedicated to the project, the rooms lit up and extinguished to communicate the messages.

A month later, on May 16th, residents throughout the city of Cluj-Napoca received “morse-light” messages in their homes, transcripts of thoughts collected by the artist on the walls of an art centre. On June 8th in Iaşi and June 13th in Timișoara, Yann Toma organized “ritual walks” through the city, as well as “morse transmissions” and “secret rituals.”

A book and a film are also due to be published shortly.

Yann Toma's work Transmission Romania was presented as part of the 2019 France-Romania Season.

The 2019 France-Romania Season (November 2018-July 2019) was organised by the Institut français and, in Romania, by the Ministry of Foreign Affairs, the Ministry of Culture and National Identity and the Romanian Cultural Institute, with the support of the French and Romanian embassies, the Alliances Françaises and other ministries in both countries.